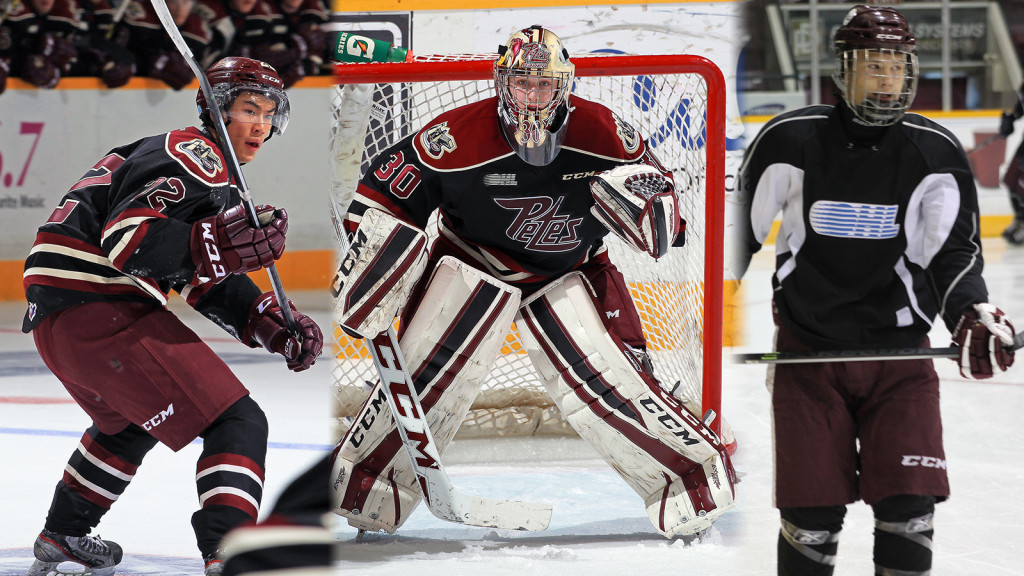 Centre Jonathan Ang, goaltender Dylan Wells, and defenceman Matt Cairns have been named to the NHL Central Scouting Futures list, a pre-season initiative naming the top 100 prospects ahead of the 2016 NHL Entry Draft.

Ang, who was selected in the 1st round, 9th overall by the Petes in the 2014 OHL Priority Selection, had a strong finish to his first OHL campaign, recording 10 goals, 10 assists, 20 points and 18 penalty minutes in 59 games played. The 5’11”, 153lbs Markham native is among 9 OHL centres on the list.

Cairns, a 6’2”, 187lbs defenceman from Mississauga, was Peterborough’s 2014 3rd round, 48th overall pick. With the OJHL’s Toronto Patriots, Cairns registered a goal and 9 assists in 53 games en route to the league championship. Cairns was the only OJHL player named to the Futures list.

The Petes hold a CHL record with 177 players selected in the NHL Entry Draft. NHL Central Scouting will release their Players to Watch list with prospect rankings later this summer. Only Mississauga equalled Peterborough’s three players and prospects included in the Futures list.