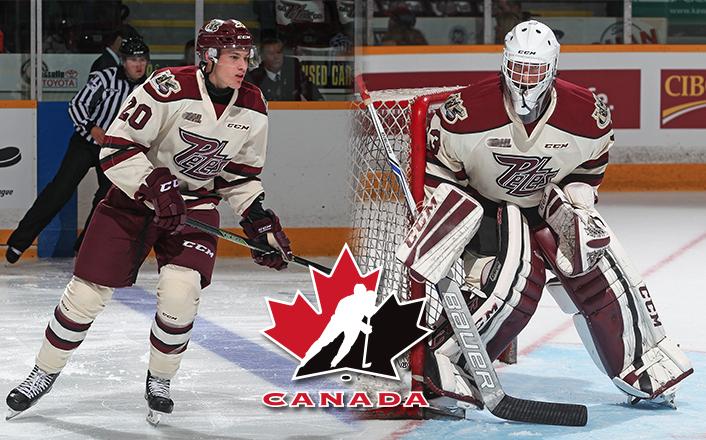 SAULT STE. MARIE, Ont. – With action set to get underway next week, Hockey Canada has finalized the rosters for the three Canadian teams participating at the 2016 World Under-17 Hockey Challenge in Sault Ste. Marie, Ont., Oct. 27-Nov. 5.

The 66 players selected to represent their country during the seven days of competition and one day of pre-tournament play have been assigned to one of three teams –Team Canada Black, Team Canada Red, and 2015 gold-medallist, Team Canada White.

“We have the best 66 players in the country to work with, and our goal is to put together three competitive teams who are not only gaining valuable experience in international competition, but also giving fans in Sault Ste. Marie – and across the country – a lot to cheer about,” said

The World Under-17 Hockey Challenge is presented by Hockey Canada, in partnership with the CHL and the Ontario Hockey Federation (OHF).

All preliminary-round games, the quarter-finals, and the placement games will be available via webcast at HockeyCanada.ca/WU17. Hockey Canada’s broadcast partners, TSN and RDS, will televise the gold-medal game on Saturday, Nov. 5. TSN will also deliver live coverage of the semifinal and bronze-medal games – please visit TSN.ca to confirm live coverage details.

The Essar Centre and John Rhodes Community Centre will play host to the eight teams who will gut it out during seven days of competition in the hopes of securing gold for their country. Team Canada Black, Team Canada White, the Czech Republic and United States will play in Group A, while Team Canada Red, Finland, Russia and Sweden will comprise Group B.

Beginning Monday, Oct. 24, fans can also purchase single-game tickets for all games hosted at the Essar Centre. Available at the box office and starting at $15 for preliminary-round games and $20 for playoff action, fans can get front-row access to all of the action and see the greats of tomorrow.

“Today, Connor McDavid is a household name, with his latest achievement of becoming the youngest captain in NHL history. Just three years ago, McDavid was part of a similar group of players who tested themselves against the best in the world at the World Under-17 Hockey Challenge,” said Jankowski. “This is an opportunity for fans in Sault Ste. Marie to see the very best young players in the world.”