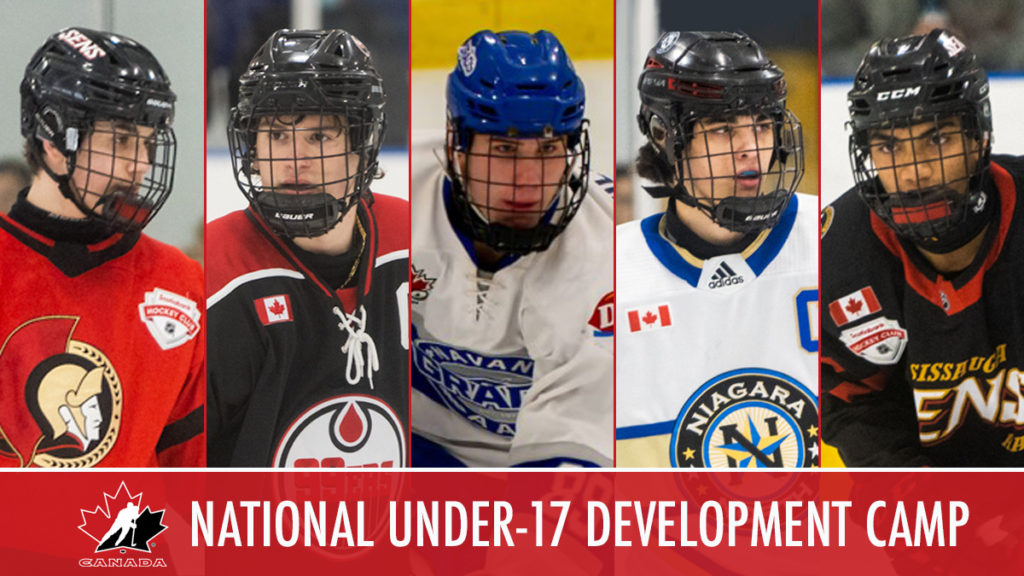 Toronto, Ont. – The Ontario Hockey League is proud to announce that 40 OHL prospects have been invited to Hockey Canada’s National Under-17 Development Camp, set to take place July 10-16 at the Markin McPhail Centre at WinSport’s Canada Olympic Park in Calgary, Alta.

A total of five goaltenders, nine defencemen and 26 forwards will participate in the camp that includes 100 players invited from across Canada. Players in attendance will be split into five teams for on- and off-ice training, fitness testing, practices, intrasquad games and classroom sessions.

“The national under-17 development camp is the first stage in introducing these athletes to the Program of Excellence, and it is a great opportunity for them to develop as players and learn what it takes to wear the Maple Leaf,” said Millar.  “We look forward to enhancing these young players’ ongoing development during this camp and starting the process of building our three national U17 teams for the World Under-17 Hockey Challenge this fall.”

Following the camp, players will continue to be evaluated through the early portion of the 2022-23 season before 66 are named to one of three Canadian national teams – Team Canada Black, Team Canada Red and Team Canada White – that will compete at the 2022 World Under-17 Hockey Challenge, scheduled for Nov. 5-12 in Langley and Delta, B.C.

So far, 77 of the 100 players invited have been drafted by Canadian Hockey League teams, including 40 from the Ontario Hockey League and 37 from the Western Hockey League, while the remaining 23 are prospects for the Quebec Major Junior Hockey League Entry Draft, to be held July 4-5.