A brief history of the Petes at the World Juniors 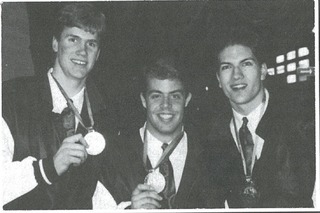 The maroon and white may not have a showing at this year’s World Junior Championship (WJC), but the Petes have certainly made an impact for Canada at previous international tournaments. Since the first unofficial showcase in 1974, to Dick Todd manning the Canadian bench in 1991, many Petes have contributed to the True North’s medal count.

From 1974 to 1981 the Canadian WJC roster wasn’t selected through any sort of individual player evaluation, rather an entire junior team was chosen to represent the country on the international stage, coaching staff included (from 1977 – 1981 teams were allowed to add additional Canadian players to augment their roster).

The Petes became the only junior team to represent Canada at the WJC twice (1974 and 1980) before training camps and tryouts were implemented. 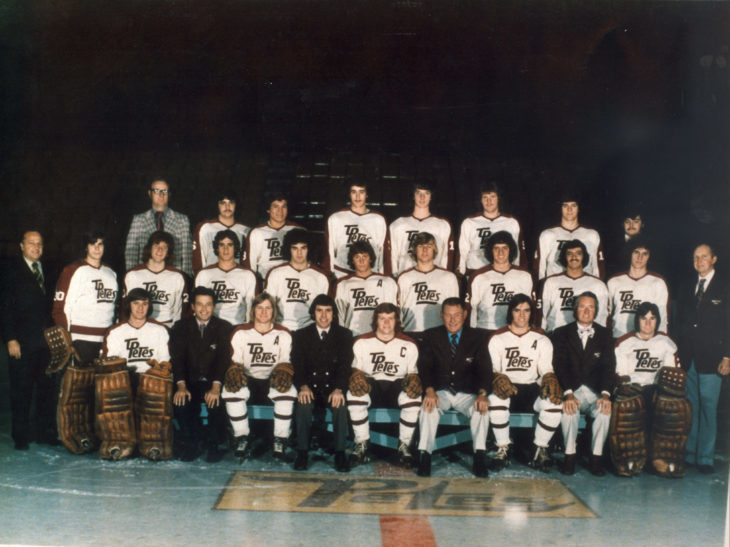 Under the leadership of Roger Neilson, the 1974 Petes including players like Paul McIntosh, Doug Jarvis and Stan Jonathan made their mark in Leningrad [now St. Petersburg] through what could only be described as a series of unfortunate events.

“I spent my first three days in a hospital in Leningrad [now St. Petersburg] with thirteen other guys in a hospital room snoring,” says former Petes forward Tony Cassolato.

“I didn’t have my cheekbone fixed so I went back and to the tournament with a face mask.”

A face injury was just the initial unlucky scenario involving the Petes, as the entire roster became sick while overseas.

“We had a great team that year but we ended up getting a bug in the water in Leningrad.”

Despite the entire team becoming sick and the only club team to play in the tournament the maroon and white clinched a bronze medal.

You’d be hard-pressed to find a junior hockey defensive pairing better than Chris Pronger and Brent Tully. The duo and Petes forward Jason Dawe each earned a spot on the 1993 Canadian WJC roster and secured a gold medal. 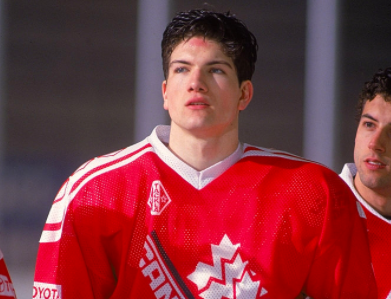 Outside sending the entire team, 1993 showcased the highest number of Petes at the WJC.

In reflecting on his nationally recognized defensive play alongside Pronger, Tully comments, “I think it was a case of us really pushing each other through the couple of years we played each other. We got to know each other, when you have that type of chemistry you can’t really explain it. We knew enough to give each other constructive criticism when we really needed it, we complemented each other.”

Tully would go on to become the Canadian captain the following year (1994) and bring home another gold medal.

“It was surreal, to get to wear a Canadian jersey it’s unbelievable,” explains Tully.

He was officially an IceDog when scoring the championship goal for Canada at the 2019 WJC, however, Akil Thomas became a Pete immediately afterward. 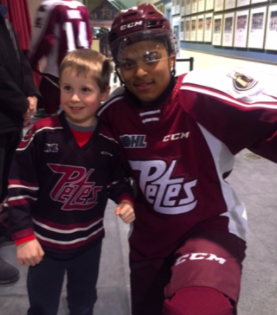 Although he only scored one goal the entire tournament, he scored the one that mattered the most and earned the nationally recognized nickname “the golden boy.”

On January 9, 2020, the Petes acquired Thomas and he quickly became a fan favourite in the Patch, as kids crowded the halls to snag a signature or a picture with him.

The Toronto native made a major impact at the Memorial Centre tallying 40 points in just 22 games and played a major role on one of the most promising Petes rosters in recent history.

The Petes have had many legendary players who represented Canada at the country’s favourite tournament including Stevie Yzerman, Jassen Cullimore, Luke Richardson, and Cameron Mann. However it doesn’t end there, many maroon and white players have gone on to represent other countries such as Robert Francz who played for Germany in 1998, Jamie Langenbrunner who suited up for Team USA in 1994 and 1995, Nick Robertson in 2020 and Lino Martschini who represented Switzerland in 2012.

To check out the entire list of Petes who have made their mark at the IIHF WJC: click here