A staple in the Peterborough minor hockey community: Dave Roche 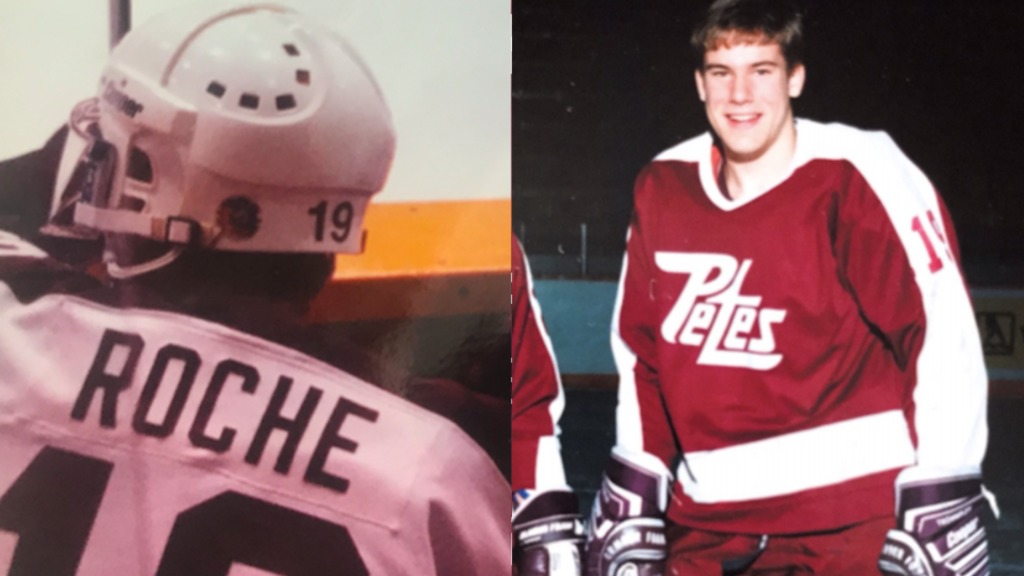 Like many Petes alumni, Dave Roche’s compulsion to help and pride in his hometown has led him to become a staple in the Peterborough minor hockey community.

Roche, originally from Little Britain, had his first taste of Peterborough minor hockey at 10 years old, when his parents moved him and his younger brother, Scott, into the city to provide a higher level of competition.

The former left wing’s exposure to strong coaching continued as he moved up, playing under Bud Stefanski in Jr. B before joining the Petes.

“I ended up skipping my minor hockey draft year and played Jr. B in Peterborough. The average age on that team was 16.5 years old. What their goal was that year was to get local kids drafted. We actually had a 14-year-old on that team by the name of Murray Hogg.”

Roche joined the Petes in 1991, and donned the maroon and white for three seasons, winning an OHL Championship in 1993 alongside a spread of other local guys. 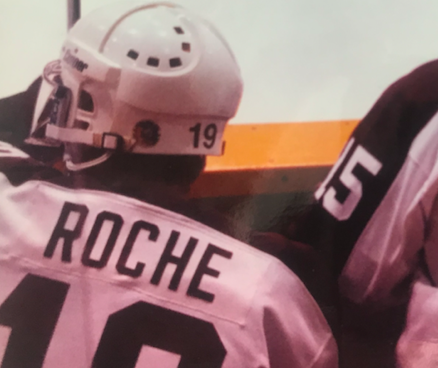 “Guys I grew up playing with, winning an OHL championship.”

The Petes alumnus capped his junior hockey career with the Windsor Spitfires and was selected by the Pittsburgh Penguins at the 1993 NHL Entry Draft.

“I was fortunate to get on a team with the likes of Mario Lemieux, Jamir Jager, Ron Francis, and Ken Wragget, and have the experience of being on a high profile team while living on my own for the first time.” 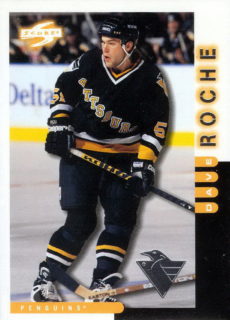 Roche spent two seasons in the Steel City, one with the Calgary Flames, and nine seasons in the American Hockey League. He earned a Calder Cup in 2001 with the Saint John Flames and fell just short of a second Calder Cup with the Bridgeport Sound Tigers.

“I’ve been fortunate to play with very strong championship teams, it didn’t always mean we were the most talented teams. All of the teams I won on through minor hockey, with the Petes, with Pittsburgh coming close, winning and losing the Calder Cup, the closeness of the team even with gaps in talent, made us more successful than we were.”

Roche’s strong understanding of team unity, and former mentorship from one particularly special Petes captain set the foundation for his own coaching career.

“Geordie Kinnear is hands down one of the best captains of all-time for the Peterborough Petes. His work ethic, his commitment to the team, it’s something I take with me everywhere I go.”

Once Roche retired from his playing career, he returned to the Kawarthas and reentered the rinks he grew up in, coaching his daughter Madison, and son Joe in minor hockey at the tyke level in Ennismore.

“When my son started playing, I coached both the girls and boys in Ennismore and as they migrated up. I stayed involved as a head coach or assistant coach in Peterborough Girls Hockey. My son moved to football and I helped him in the fall and spring too, by no means in coaching, to be there as a supportive hitting bag for kids to run into and bounce off of.

Roche spent over a decade involved in the Peterborough minor hockey system largely with the Ice Kats organization, but also as a non-parent, assisting his brother with the minor, midget AAA Petes.

In reflecting upon his tenure involved in minor hockey, the former Pete admits some of the greatest coaching moments are in no way linked to the scoresheet.

The wins and losses are not going to be memories. I recall being in Whitby and the song “Gangnam Style” came on, and all of the girls in warm-up started dancing, so I called them over to the bench and I said warm-up is over, go out there and dance.

“The coaches and parents from the other team were looking and you could tell they were thinking, what is this guy letting them do, and we won the game. Afterward, the coaches said, I would never have let them do that, and I said, ‘you don’t know my girls.’”

Knowing your team in and out, and being malleable to your players, is exactly the recommendation that Roche would make to young, minor hockey coaches today.

Moving forward, as Roche’s son progresses in his football and daughter moves on with the University of Toronto’s Varsity Blues hockey team, he plans to step back from any formal position in coaching but maintains he will continue to actively support other coaches in their development.