Akil Thomas Ready to Make the Jump to Pro 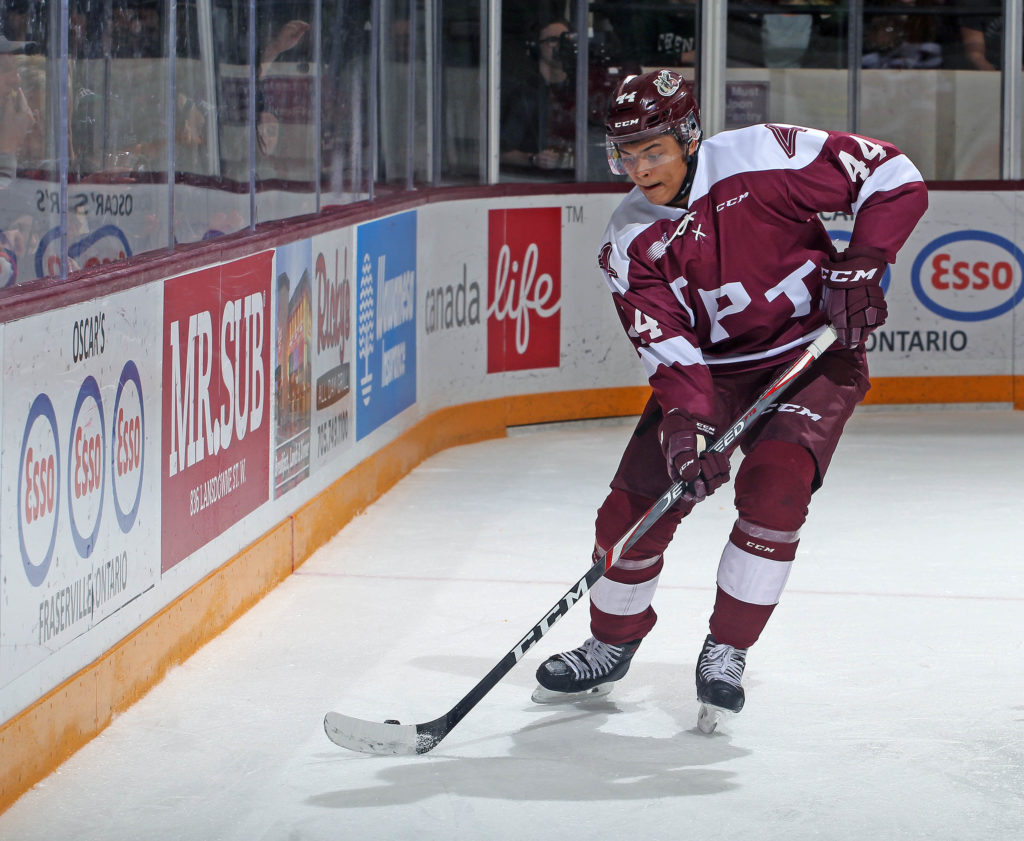 Originally published in the Peterborough Examiner

Akil Thomas will begin his professional hockey career in Germany this fall.

The Los Angeles Kings have announced an agreement with Eisbaren Berlin of the German Elite League (DEL) to assign five of their top prospects to train with the German team until NHL training camps begin at which point they will rejoin the Kings.

Petes Head Coach Rob Wilson left his post as Head Coach of the DEL’s Nurnberg Ice Tigers to join the Petes two seasons ago. Thomas and Wilson quickly formed a strong relationship in the months since Thomas joined the Petes in January 2020.

Thomas quickly became a Peterborough fan favourite after news spread that he reached out to Chris Montador, the brother of deceased Petes alumnus Steve Montador, to ask the family’s permission to wear #44.

When @AkilThomas2 found out that Steve was the last Pete to wear #44, he wanted to reach out to his family. Hear what Steve’s brother, Chris, had to say when Akil called him after practice today. pic.twitter.com/XJlJSiSGXQ

A date for NHL camps and the start of the NHL season have not been announced.

The Kings and Berlin are both owned by the Anschutz Entertainment Group.

Thomas, a second-round pick by the Kings in the 2018 NHL Entry Draft, is eligible to return to the Peterborough Petes as an overage player.

Just before the pandemic start, Thomas and his apparel line Zale partnered with The Petes Store to launch an exclusive, limited edition line of custom hoodies. These hoodies are still available here for a limited time.

Limited quantity – get yours while they’re available!

LA Kings President Luc Robitaille noted that “the close ties between Eisbären Berlin and LA Kings enable us to offer the young players a special opportunity from which all sides will benefit. We are confident that the boys will benefit from this move and look forward to watching their progress as they help the polar bears prepare for a successful season.”

Petes GM Mike Oke has said he expects all four of the club’s overage candidates who are signed to NHL contracts to move to the professional level this season. The other three are Declan Chisholm (Winnipeg Jets), Semyon Der-Arguchintsev (Toronto Maple Leafs) and Hunter Jones (Minnesota Wild). The Petes have four candidates for their three overage spots, Max Grondin, Liam Kirk, Matt McNamara and John Parker-Jones.

The Petes training camp is scheduled to begin Nov. 15 as the OHL targets a Dec. 1 start to its regular season.