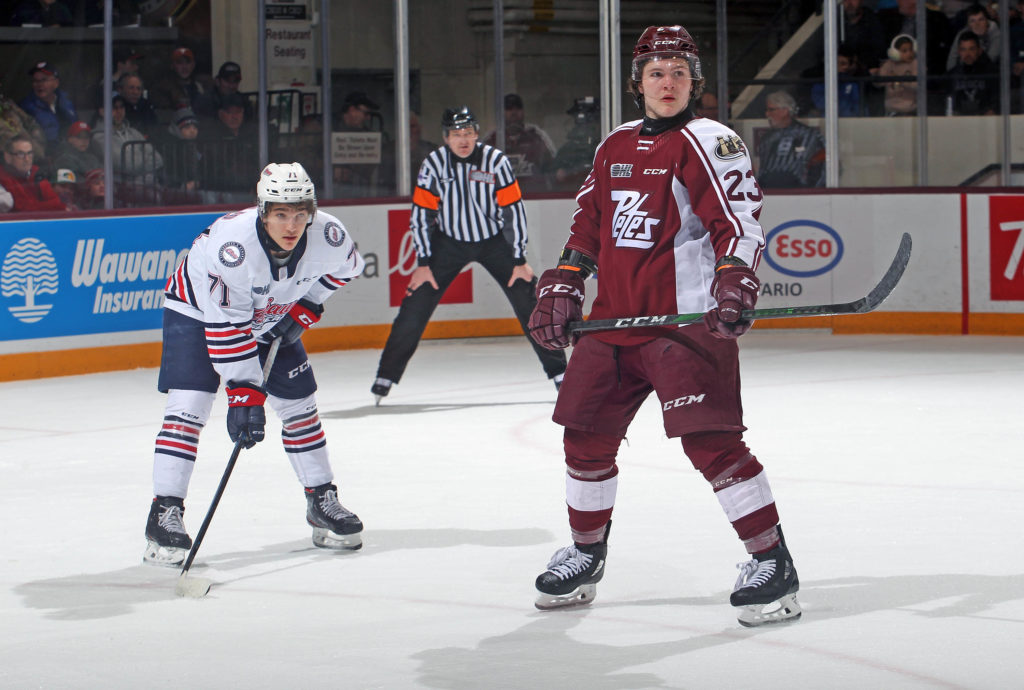 McTavish, the third overall pick in the 2021 NHL Draft, recorded three points (2 goals, 1 assist) and a +3 rating in nine games with Anaheim this season. In the Ducks’ season opener and his NHL debut, he became the youngest goal scorer in Ducks history (18 years, 256 days), beating Connor Hellebuyck for his first career goal.

“It’s exciting to have Mason rejoin the team,” said General Manager Michael Oke. “He’ll be a great addition to our roster and we are looking forward to working with him to continue his development.”

“After careful consideration and deliberation, we have decided to loan Mason McTavish to the Peterborough Petes of the Ontario Hockey League,” said Ducks Interim General Manager Jeff Solomon. “While we are happy with Mason’s development to date, we believe it is in his best long-term interests to continue his development playing in the OHL for the remainder of this season and, hopefully for Team Canada in the upcoming World Junior Championships. Among other things, this move should afford Mason the opportunity to gain additional experience playing his natural center position, which we believe will be beneficial to Mason and the Ducks in the long run.”

In addition to suiting up for Anaheim, the Petes fifth overall pick in the 2019 OHL Priority Selection suited up for the Ducks’ AHL affiliate San Diego Gulls, recording two points (1G, 1A) in three games.

Serving as alternate captain, McTavish helped Team Canada win gold for the first time since 2013, at the 2021 U18 IIHF World Championship in Texas. The centreman finished the tournament with 11 points (five goals, six assists) in seven games, ranking fifth overall in the tournament and tied second on Team Canada.

In his rookie season with the Petes, the Carp, Ontario, who was born in Zurich, Switzerland recorded 29 goals and 13 assists for 42 points, finishing second in the OHL rookie scoring race. He was also named to the OHL 2nd All-Rookie team.

McTavish is expected to return to the Petes lineup on Thursday, November 25 when the Petes take on the North Bay Battalion at 7:05 pm.