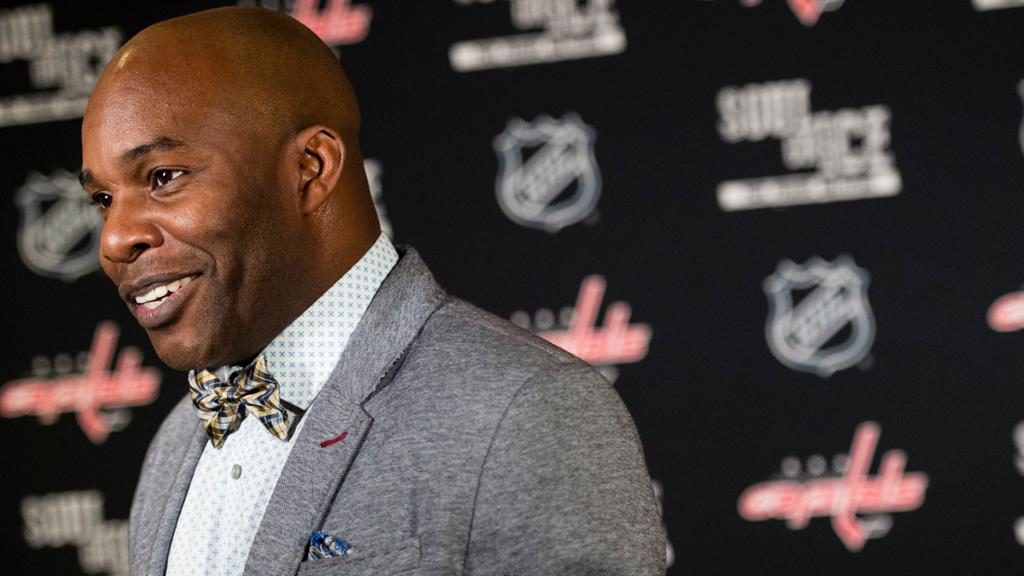 At the intersection of art, activism and hockey, lives Kwame Mason. Mason, director and producer of the documentary Soul on Ice: Past, Present & Future, has leveraged his passion for the on-ice sport and skillset in media, to evolve the narrative in hockey and bring attention to Black athletes.

Long before Mason was at the mic alongside Petes Alumnus Akil Thomas, and former Niagara IceDog Elijah Roberts, for their podcast Soul on Ice, he was considering a career in law enforcement.

“It was one of those things where I went to school to truly do that to appease my parents. You know get a job, start a family, all these other things are side projects.”

He attended Seneca College and worked at Canada’s Wonderland over the summer in a program that allowed him to collect credits throughout their academic break. During their downtime at the park, Mason’s colleagues would turn on a television program notorious to the ’90s. COPS.

“The majority of the people they were arresting and smashing up against cars were young Black men. So if you had these guys from small towns in Ontario and that’s what they’re digesting what police officers are supposed to do what do you think they were going to do in those situations? I used to debate those guys and it just wasn’t for me.”

In 1995 after the passing of his brother, Mason pursued a career in entertainment. Although rejected from Seneca’s radio and film program, the Toronto native carved out a significant space for himself in the world of radio. Mason bopped tunes across the station’s KISS 92, and Flow 93.5, before moving to Edmonton to work on a variety of programs out West, in addition to the show PHAT TV.

“The transition from music to hockey came a little later in my career. When I was working in Edmonton. Edmonton is a very hockey-oriented city and I sparked a relationship with guys like George Laraque and Raffi Torres.”

In the mid-2000s, Mason stepped away from the radio booth, but maintained a passion for content creation.

“When I was finishing my career in radio, I was just like it wasn’t for me anymore. I was at that crossroads in life and I was like what am I going to do? The one thing I wanted to do always in life was film. That was work I never did. I did the radio, I did the television, so the next transition for me was like I have to crack a film.”

A self-proclaimed film nerd, Mason decided to transform his frustration as a hockey fan regarding the lack of representation of its Black athletes in the media, into a documentary.

“I would research Black Hockey Players and I learned about the Coloured Hockey League in the Maritimes and it didn’t sit well with me. Here I was a hockey fan living in Canada, and wondering how come Hockey Night in Canada, the NHL Network, TSN, or any of these programs spoke of the Coloured Hockey League. We have heard about the Negro Baseball League, and that was an American thing, this is a Canadian thing.”

Fast forward to 2011, and Mason embarked on his journey to create a film that tells the story of the Coloured Hockey League and the history of Black players in ice hockey.

“A lot of people were like ‘this isn’t going to fly.’ You’re going to have a tough time. They felt like there was too much of a dark past with Black athletes and the game of hockey.”

The documentary was first shown at the 2015 Edmonton International Film Festival and was quickly put in front of some of hockey’s most important eyes.

“Grant Fuhr was there, and messaged some people at the NHL and was like ‘you guys need to watch this.’

“Then a writer by the name of Will Douglas was doing a blog called “Colour of Hockey” and was like let’s do a screening in Washington and Gary Bettman asked to see the film. We showed the film on the NHL Network, and it was received with open arms. I think it’s because you get to know the history of our sport. Some wounds are kind of cringe-worthy but that’s the truth.”

Today, Soul on Ice: Past, Present, and Future continues to be one of the most critical films in hockey, and was streamed across Sportsnet and the NHL Network, on February 19. Today, Mason consults for the NHL and has evolved the Soul on Ice brand to include a podcast with Thomas, and Roberts, an audio hangout that offers a unique perspective of the game they love.

“I’m the old guy, they’re the young guys, I was like here we go. I can steer the conversation and make it professional, and let those guys do it. It’s all them, it’s those two. I always wanted to give back and do something that was like radio. These boys breathe a new life in me, by saying lets do this. It’s so much fun!”

“My whole focus and what I can control in contributing to the industry of hockey is to normalize Black voices and faces in the game of hockey.”

Guests on their show have included the likes of Bob McKenzie, Matt Dumba, and Trevor Daley. As Mason reflects upon where he thinks the media can steer their narrative, he points to hockey icons like Angela James as an athlete deserving of more attention.

“Angela James, we have to do a better job of celebrating her. It’s interesting in the film she was supposed to do a cameo in it, but I never got to cover her story because we were never able to lock downtimes to do interviews to get her story out there. I still wanted to pay tribute to her but was never able to tell her story.”

“I remember being at a screening in Chicago, and at the end of the Q&A a little Black girl got up and asked, ‘where were the Black Girls?’ It made me put my head down and apologize. One day I vowed and said I would do that history justice as I did with Soul on Ice.”

Mason also looks at players like Herb Carnegie who although never took a stride in the NHL, mentored legends like Jean Beliveau.

“If you’re a Montreal Canadiens fan, you know how great he was, and to think that he [Beliveau] was a guy that he looked up to. There are a lot of stories that are not being told. As people who tell stories and create content, that is our job to do.”

In addition to highlighting Black hockey players of the past, it is crucial for Mason to showcase those players and executives whose current activism is working to currently change the culture of the sport. The former radio host is continuously inspired by the work of Saroya Tinker of the Metropolitan Riveters, and Vice President of Social Impact, Growth, and Legislative Kim Davis.

“Saroya Tinker is figuring out her voice and I really like that. She’s brave, and I think she has a huge future in growing the game. Role model-wise, I look up to Kim Davis. Here’s a Black woman in the executive of the NHL working her butt off to grow that game. She’s courageous in what she does.”

The filmmaker encourages everyone in their various roles within the hockey community to join those doing the heavy lifting to eradicate racism at the rink, and grow the game. For Mason, the fundamentals of activism starts with caring and recognizing that major inequities exist.

“Activism, what it means to me is caring about your fellow human being. If you see someone regardless of their situation, is being abused, manipulated, taken advantage of how can you sit there and sit back and be fine with that. You have to fight for all.”

“To be an activist means that you want all of us to share in the joy of life, you know what I mean. Whoever you pray to, put us on this earth to enjoy. It’s already hard enough being a human, then to add a fight against you because of the colour of your skin or gender or sexual orientation.”

Want to hear more like this? Click here to learn about Rico Phillips and changing hockey for all.