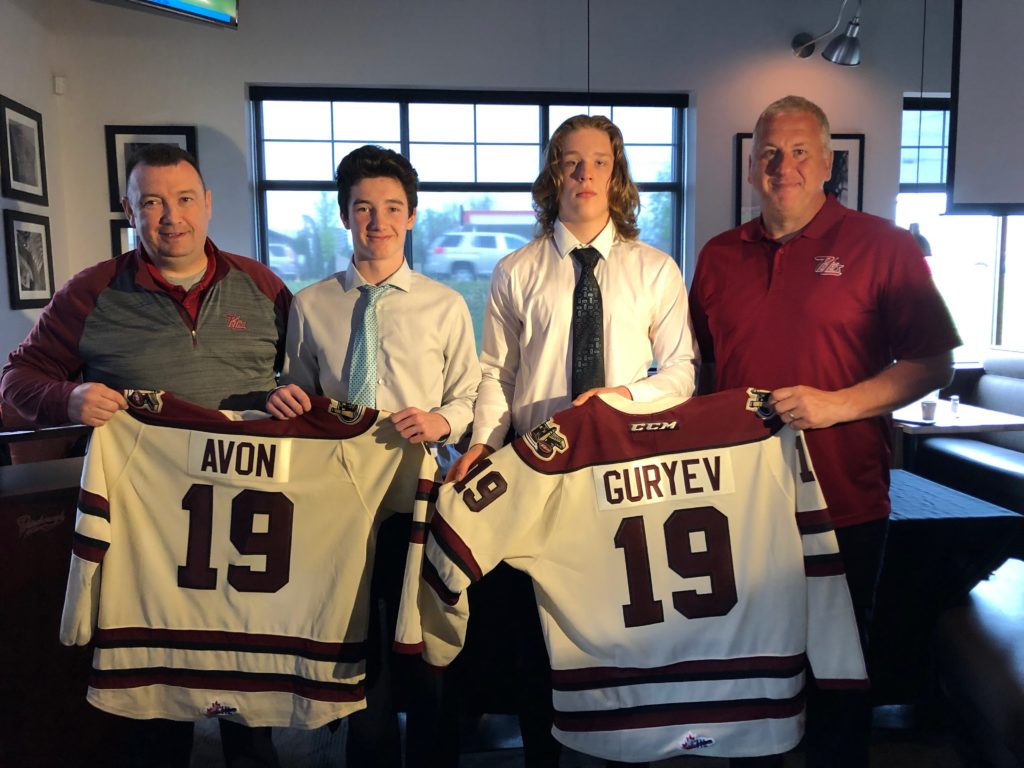 Avon, a 2003-born centre, was selected by the Petes in the 1st round, 11th overall in the 2019 OHL Priority Selection. In 35 games with the Peterborough Minor Midget AAA Petes last season, Avon tallied 24 goals, 25 assists, and 49 points. The 5’9.5”, 173lbs Peterborough native was a member of Team OMHA White at the 2019 OHL Gold Cup. J.R. is the highest selected AAA Petes player since Corey Perry was drafted 5th overall in 2001.

Guryev, a 2003-born defenceman, was selected by the Petes in the 2nd round, 22nd overall in the 2019 OHL Priority Selection. The 6’2.5”, 192lbs Russian rearguard recorded 9 goals, 28 assists, and 37 points in 70 games with the Toronto Minor Midget AAA Toronto Marlboros.

“It gives me a great deal of pleasure to announce that J.R. and Artem have committed to playing in the OHL for the Petes,” added Oke. “Each of these prospects possesses a high degree of skill, and we expect them to be valuable contributors for the Petes for several years.”

The 2019-20 Ontario Hockey League schedule will be released later this summer, with the Petes’ home opener scheduled for Thursday, October 17 at 7:05pm (opponent to be determined). Training camp will take place in late August.