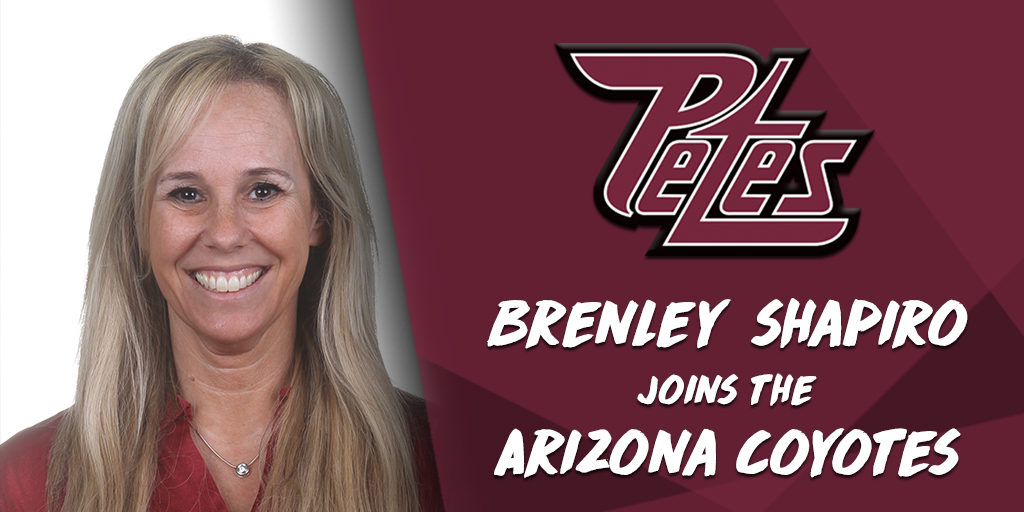 She joins the NHL club as a Mental Performance Consultant, a role in which her primary focus will be analyzing draft-eligible players that the Coyotes might be interested in adding to their depth chart.

“This position is something very exciting where they’re looking at the importance of getting to know and valuing the hockey player as a person,” Brenley commented.

Brenley will spend approximately one week a month working for Arizona through a combination of working remotely and commuting. She’ll have her first sit-down with the team’s staff in September.

“Information is power. The more information you have, and the better the information you can get, the more effective you will be in the decision making process,” she added. “Bringing someone in that has expertise in getting that information is something the team was interested in doing, and that’s how this role was created.”

An existing working relationship with Arizona’s Assistant General Manager, Lindsay Hofford, led to Brenley getting the call from the desert.

“Mindset, and being able to understand the mindset of the players, has become a very important piece of the hockey puzzle for Lindsay,” Brenley said. “Talent is overrated, and there is research to back that up. Some of the most talented athletes might not get where they want to, professionally, because they don’t have the right mindset.”

Brenley will continue as the Petes’ Mental Performance Coach, guiding the team’s players to master their mind for ultimate performance enhancement beginning with a training session as part of this week’s Training Camp.

“I’m very much looking forward to working with the team this season,” she concluded.