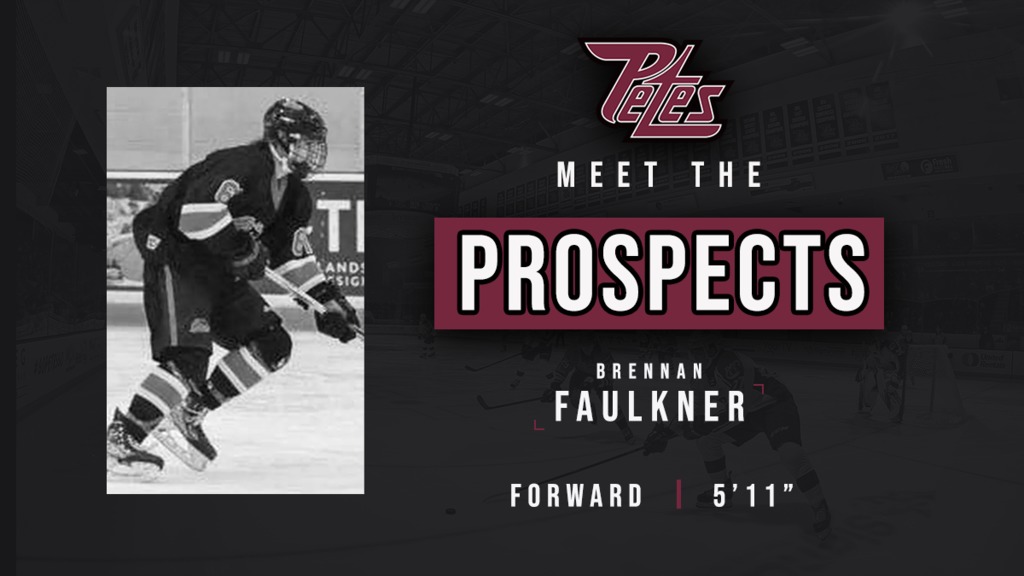 The Peterborough Petes are proud to release the second episode of our annual Meet the Petes Prospects series featuring Brennan Faulkner.

Faulkner is a Centerman from London, ON. He was selected by the Petes in the 1st round, 6th overall in the 2022 U-18 OHL Priority Selection. Brennan was drafted as a member of the Elgin Middlesex Chiefs where he recorded 19 goals and 20 assists for a total of 39 points in 33 games.

“My most memorable hockey moment was this past season when I lead the alliance in points. It was one of my greatest accomplishments” said Faulkner.

After his season ended, Faulkner also appeared as an AP alongside his older brother with the Strathroy Rockets of the GOJHL, where he recorded 4 points in 10 games.

Come back and check out our website regularly for more Meet the Petes Prospect videos.