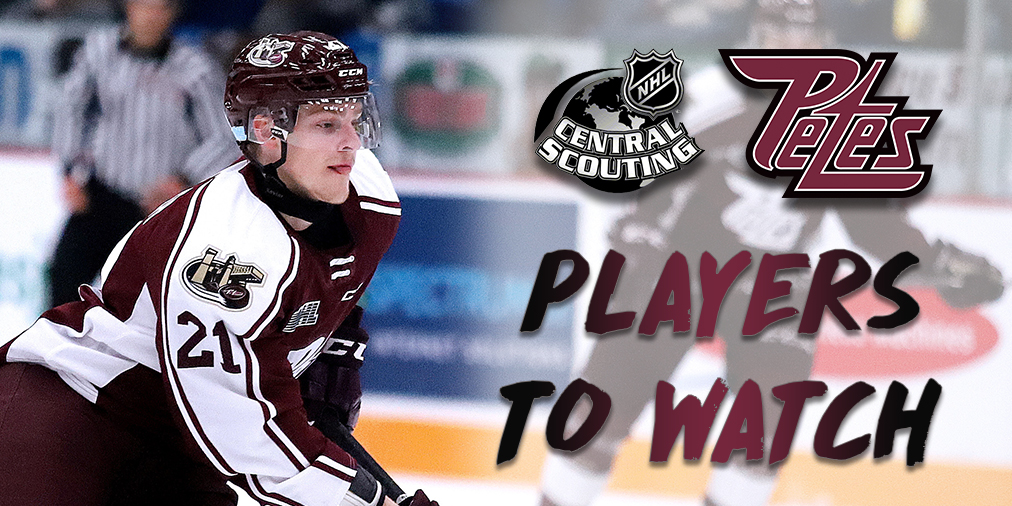 The NHL Central Scouting Service has released its annual preliminary players to watch list ahead of the 2020 NHL Entry Draft. Petes forward Cameron Butler was named to the list.

Butler, a 6’4”, 202lbs right winger, earned a ‘C’ rating on the players to watch list, suggesting that he could be a possible fourth to sixth round pick in the upcoming draft after a successful rookie season with the Petes.

Catch Cameron and the rest of the Petes in action on home ice with a Season Starter Pack and save over $65 on tickets and merchandise by clicking here.