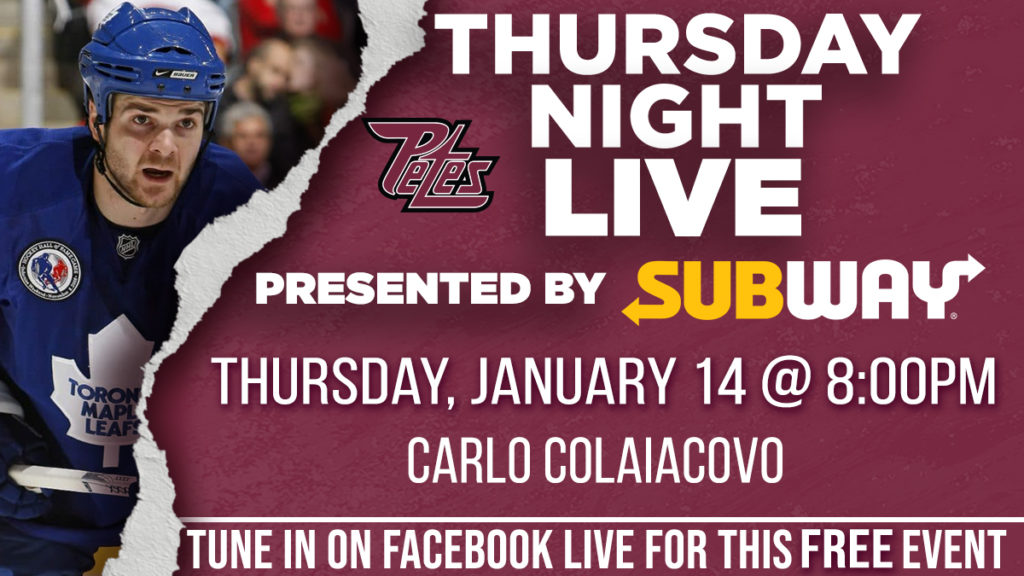 Former NHLer and co-host of First Up morning show with Michael Landsberg on TSN’s 1050 radio station Carlo Colaiacovo is this week’s special guest on Thursday Night Live (TNL) presented by Subway. TNL will air on January 14 at 8:00 pm on the Petes Facebook page.

Colaiacovo will discuss his experience playing for Team Canada at the 2002 and 2003 World Junior Championship, as well as his 14 years spent manning the blue line in the NHL. Additionally, the NHL alumnus will provide insight into his transition from the rink to the radio booth.

This week’s second intermission musical guest is pop-country musician and producer from Toronto, Jay Swinn. Swinn will be singing his latest single Penny, which was released on December 10, 2020.