Changing Hockey for All: Rico Phillips 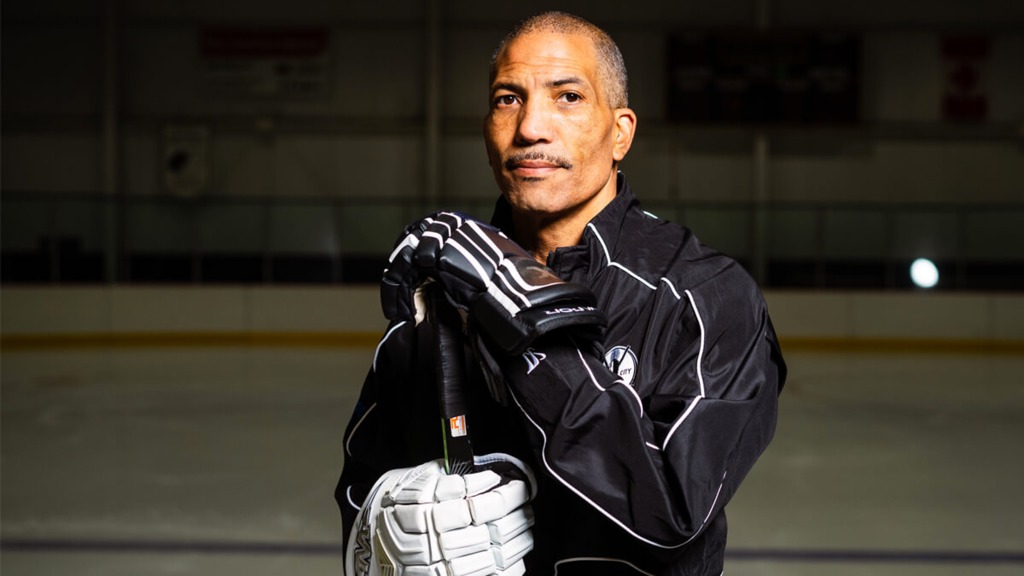 Rico Phillips has quickly become one of the most important leaders in hockey, and although he didn’t play at a professional level, his unique involvement in the sport has provided a holistic understanding of where it needs to improve.

The Michigan native’s first introduction to hockey began when he was enlisted as the student athletic trainer for Flint South Western High School’s hockey team. Upon his first game in the new role, Phillips fell in love with the intricacies of sport and requested to borrow a pair of skates from the head coach, and a chance to practice with the team.

“I’m so grateful for the head coach at the time,” says Phillips. “He let me come out and the assistant coach would teach me some of the basics and that’s where my love for the game started.”

Towards the end of eleventh grade, Phillips was asked to become the trainer for the entire Michigan High School Hockey Hub.

“Between the periods I would be cold and I had to go warm up somewhere and the referees would offer their room for me to warm up in. That’s where I got introduced to refereeing and they told me that if I wanted to learn how to skate and also learn the game all while making money, that I should sign up.”

In his senior year of high school, that is precisely what Phillips did. At 17 years old with dedicated practice and extra ice time, he finally mastered the art of stopping on skates and became both a hockey player and referee, in the same season.

“It was a great experience for me, I was able to get started playing the sport and refereeing the sport all in the same year so it was pretty awesome for me.”

Although Phillips’ overall experience was positive, he drew a stark conclusion as he exited high school hockey.

“I said to myself, there’s the same type of people playing this game, all of them look the same. They’re usually from rural or suburban areas and when they walk into the arena, they’re from the same cut, you know there’s just no diversity.”

In 1998, Rico birthed the idea of creating a program that eliminated the barriers of playing hockey, for the children of Flint. After extensive research and more experience in the hockey world, Phillips brought his dream to life and created the Flint Inner-City Youth Hockey Program in 2010. 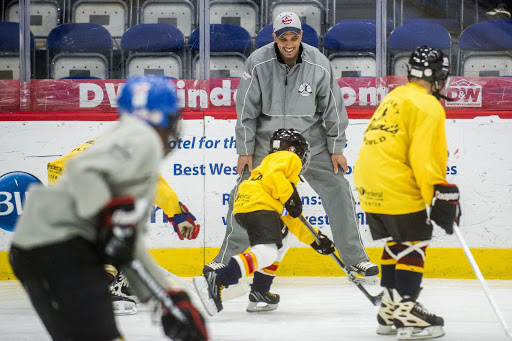 During its inaugural year, the Flint Inner-City Youth Hockey Program saw a ton of success, however, after suffering a spiral fracture in his leg while playing, he was forced to rethink how his minor hockey program would run.

“I realized that I was the end-all, be-all with the program. I had 35 kids on the ice that were my responsibility, so that’s when I realized ‘wow this is too much for me.’ After the break, some other things happened and I stopped the program for a few years until I could reorganize. That reorganization didn’t happen until 2014.”

In 2014, Phillips relaunched the program with a stronger foundation that included: additional funding, businesses that were willing to help provide equipment, and a group of volunteers eager to lead the on-ice programming.

“Our volunteers are high school hockey teams that adopt the program each week. It’s great because these teams come from the suburbs and rural sections of our community and they don’t really get this kind of chance to work with kids who live in the city and vice versa.”

Phillips’ ongoing efforts to grow the game of hockey at the minor level was recognized in 2019 when he was invited to Las Vegas for the NHL Awards Show and was honoured with the Willie O’Ree Community Hero Award.

“The moment Willie O’Ree himself called my name out, it was — I don’t want to say it was an out of the body, but it was definitely a moment where I couldn’t calculate what was going on in my mind.”

“That award was able to give me, as an individual, a platform that I could use to talk about diversity and inclusion and community service and that’s ultimately how I got involved with the OHL.”

Coming off the excitement of the NHL Awards, Phillips was committed to creating change on the bigger hockey stages. In the fall of 2019, he spoke at an OHL business operations conference and discussed what inclusion means to him.

His conversation with the OHL was reignited in the summer of 2020 following the murder of George Floyd when he felt the urgency to transform his words into more action. His first step involved speaking with Willie O’Ree, who told Phillips, “Hey, your voice is being heard in hockey, you might as well get talking.”

“That conversation with Willie gave me the confidence to approach the league [OHL], specifically commissioner David Branch and ask him if there was a way I could support the league with cultural diversity and inclusion.”

Following several calls with Branch, Phillips was made aware that the league was working to create a plan to uncover and resolve the cultural issues woven throughout hockey, and he was appointed to the Director of Cultural Diversity and Inclusion with the OHL.

“The areas of growth are things that are achievable through dialogue, so we need to build up opportunities to talk about some of the tough things that are going on in the world so they have a better understanding.”

On an average day, Phillips is hosting meetings with each team to have a discussion regarding the various forms of abuse marginalized players can face, what good allyship looks like, and the OHL’s policy.

“Allyship and resources are a part of our discussions as well, so my help is really a liaison role for people to better understand some of the tougher things in our world that are happening with race relations.”

“I have definitely been learning a lot about how language is changing and I think that’s a part of my role is to help effect that change to our players and coaches alike within the locker rooms and on the ice or wherever they are in life.”

In addition to his role with the OHL, Phillips is also a member of the Hockey Diversity Alliance (HDA), and explains that their goal within hockey is to look for the gaps within the system that they can help support BIPOC players.

“I would say there’s still a lot of work to be done because we want to fill those gaps, and you’ll see them start to close and it’ll take time.”

Phillips has committed his life’s work to growing the game and making it a safer place for everyone to play and enjoy. His legacy of prioritizing inclusion and the wellbeing of hockey players has extended far beyond his home of Flint, and will be felt throughout all rinks in years to come.

Want to hear more like this? Click here to learn about Sebastian Jackson and bridging the gaps.