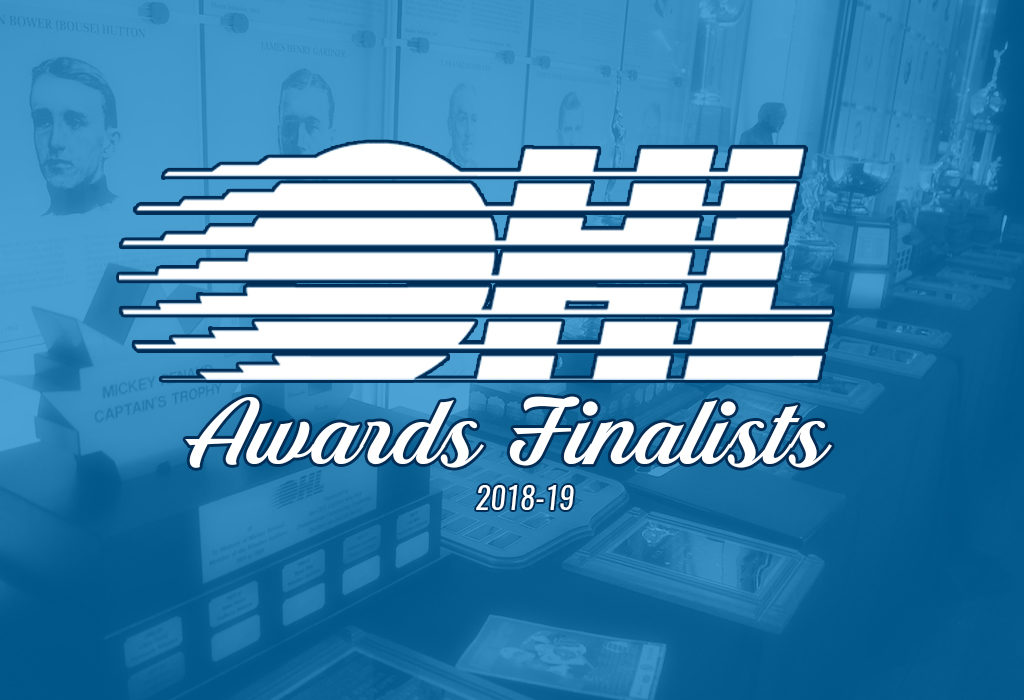 Toronto, ON – The Ontario Hockey League announced Thursday the finalists for seven of the league’s major awards for the 2018-19 regular season.

Teams were asked to submit one nominee from their club for consideration on the ballot and were not permitted to vote for the player from their own hockey club.  The first stage of voting was by conference only with the top three players from each conference making the final ballot which is voted on by all 20 OHL General Managers.

All finalists for the Red Tilson Trophy were also nominated by the Member Teams of the Ontario Hockey League as their Most Outstanding Player for the 2018-19 regular season.  The Red Tilson Trophy is voted on by the sports writers and broadcasters in the OHL.

The 2019 OHL Awards Ceremony takes place on Wednesday June 5 at the Hockey Hall of Fame in Toronto, however award recipients will be announced periodically throughout the remainder of the 2019 OHL Playoffs.  Additional player awards to be announced include Humanitarian of the Year, Academic Players of the Year, and the 2018-19 Mickey Renaud Captain’s Trophy recipient.