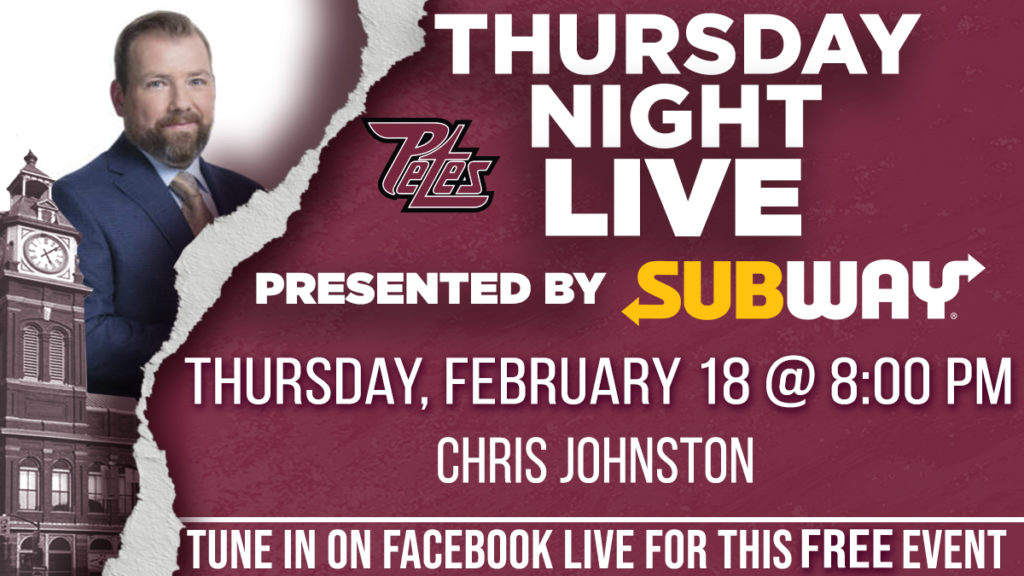 Senior hockey writer for Sportsnet and Hockey Insider for ‘Headlines’ on Hockey Night In Canada, Chris Johnston is this week’s special guest on Thursday Night Live (TNL) presented by Subway. TNL will air on February 18 at 8:00 pm on the Petes Facebook page.

Johnston, who grew up attending Petes games, has been covering the National Hockey League (NHL) for 14 years. During the live stream, the Cobourg native will share with fans what his day-to-day as a broadcaster looks like, and reveal the most exciting events he’s covered thus far.

In celebration of Black History Month, the Petes will recognize Dirk Graham who was the first Black hockey player to be the captain of an NHL franchise. In a video tribute during the second intermission, the Petes will showcase his playing and coaching career.

In the second intermission, Toronto-based alternative rock band Stuck On Planet Earth will make their TNL debut. The musical trio will be singing “Ghost on the Radio” a song from their album “Beautiful Nowhere,” which was released in 2020.