Community First: Ian Armstrong explores the life lessons he learned with the Petes 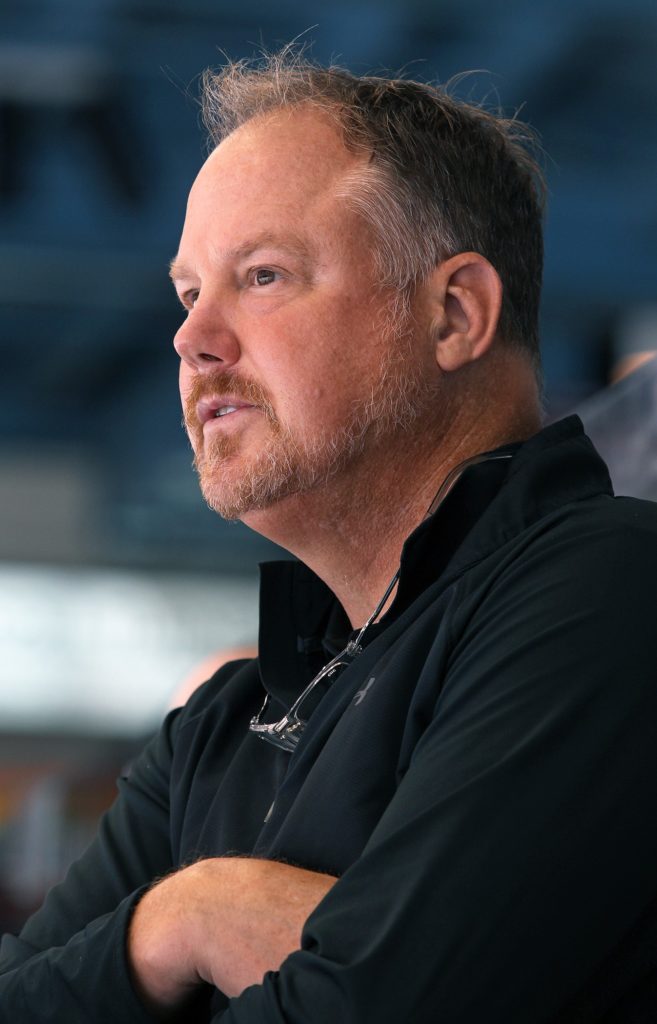 Petes alumnus Ian Armstrong possesses professor like idiosyncrasies, striking a simultaneously confident and calm tone when speaking and an incredible ability to listen. It would make sense that he appears to have stepped straight out of the ivory tower since the majority of his life was spent on a campus, when not in an arena.

Armstrong joined the Petes in 1982 as a right handed defenceman, and played for his OHA hometown team for three seasons. In his time with the Petes Ian played alongside some of the club’s most statistically successful players like Steve Yzerman, Bob Errey, Shawn Evans, and Marc Teevens. While in Peterborough, Ian maintained attendance at Lakefield College School – a unique scenario from his teammates. 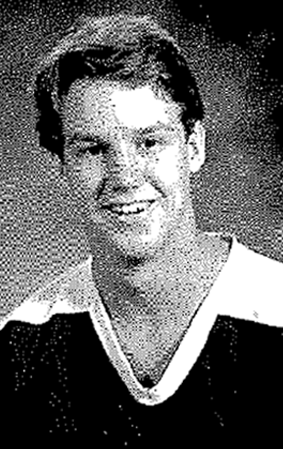 “I probably started the first six weeks as the eighth defenceman, a healthy scratch for most of my time, but I got better. I listened, I didn’t break curfew, I stayed at home, and I finally was able to give Dick [Todd] an opportunity to let me become number five or number six for most of that year and the following year,” explained Armstrong.

Ian notes he couldn’t take his foot off the pedal in his second season as the Petes collected d-men Terry Carkner and Larry Shaw in the 1983 OHA Priority Selection.

“I had to go back to work to earn my ice time again to improve and play for Dick.”

In his third and final year, the Petes lost in the 1984-85 OHL finals, an upset that has left Armstrong with fond memories regardless of the game’s outcome.

“I think the despair of losing on the road to the Soo, then coming back to our team event at a local friend’s house, you go through a lot with young people. I thought of the Carolina Hurricanes this year and all the success they went through and they couldn’t get over that last hump, but you still have those relationships and friendships.”

The Lakefield native recalls deriving inspiration from one of his junior teammates before heading to the Boston Bruins development camp.

“Yzerman was the first round draft pick to Detroit and we sort of knew that Steve wasn’t going to be with us that year. He came to Peterborough’s camp and I remember during fitness testing, before we went to our pro camps, how focused and determined and dedicated he was. He led all the drills. To me he wasn’t saying, ‘I’m going to make the Red Wings this year, I don’t have to work hard.’ He set a significant positive example at training camp; that’s why he has such a great career to this day.”

He also recalls a bench clearing fight(s) with the Oshawa Generals as a crucial moment in his understanding of the importance of a team.

“It doesn’t happy anymore, and maybe its a good thing, but what it meant to be a teammate unfortunately through a brawl really brings a team together.”

Additionally he cites assistant coach Jacques Martin as a critical figure in his on ice development and influence on his professional hockey career. 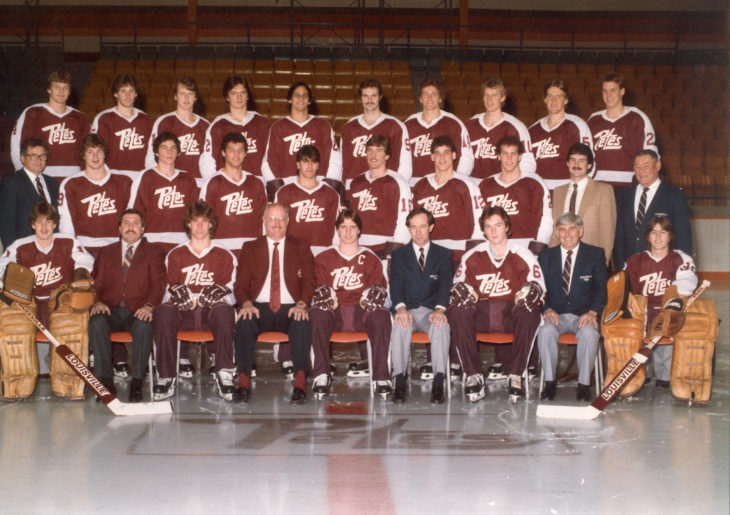 Following the Petes Ian spent three seasons with the AHL’s Hershey Bears and a single season with the Baltimore Skipjacks before attending Mount Allison University. In his typical self aware nature, Armstrong describes the cut throat nature of professional hockey.

“It was hard for me as a relatively slow, not very strong, not very tough player. I had a lot of mediocre skills to make that jump from the American League to the National Hockey League.”

Nonetheless Armstrong maintains that his three years were wonderful and provided the chance to play with elite caliber players like Craig Berube, current head coach of the St. Louis Blues.

“It’s so nice to see the success he’s having because he worked hard for everything he had as a hockey player, and sees that success as a coach.”

At Mount Allison Ian earned a bachelors degree in economics, and followed up with a bachelor’s degree in education. His education took him to Mississauga where he signed as a teacher but was laid off one year later. In a place of uncertainty Lakefield College School, where he grew through adolescence, presented he and his wife Susan the opportunity to join their staff. Since joining the reputable private school, twenty minutes from the Memorial Centre, Armstrong has worn the hat of history, economics, mathematics, politics, law, geography and physical education teacher, soccer and ice hockey coach, as well as head of an on campus residence.

“As you become old like me you look back and every role has its great parts and frustrating parts, but the best part is getting to work with young people.”

Much like the Petes and the foundation laid out by Todd and Neilson, Armstrong stands by the pillars upheld at Lakefield College School.

“Community first, working hard, doing your best and being kind – Dick represented all those things either inherently or explicitly in terms of being in for curfew, being on time for practice, being a good teammate,” commented Armstrong. 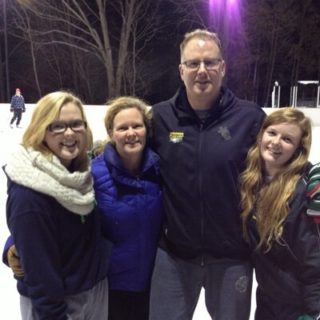 These guiding rules became crucial in 2013 when Armstrong’s family doctor, Dr. Brendan Hughes, identified a swollen lymph node in Ian. With the help of Dr. Gabe Fuoco, it was determined that the Petes alumnus had neck cancer. On Easter Tuesday, Ian began treatment at the Princess Margaret Cancer Centre and following 35 radiation treatments, three rounds of chemotherapy, and some clinical trial work, he won his toughest fight.

Armstrong expresses incredible gratitude for his doctors and hospital staff who he states, “saved his life.” In gratitude, he now volunteers with the Canadian Cancer Society and takes part in the Ride to Conquer Cancer, a bike ride from Toronto to Niagara Falls that raises money for cancer research.

Armstrong has lots to be proud of since leaving the Petes in 1985. His daughter Lindsey graduates this year with a Master’s degree in journalism from Kings College and daughter Alexa is in her second year of the doctorate pharmaceutical program at the University of Waterloo.

Ian has become integral to the social and academic fabric of the prestigious Lakefield College School and has evolved into an invested mentor and leader for student-athletes. He is incredibly resilient and has continued to live his life according to the pillars introduced to him while with the Petes.