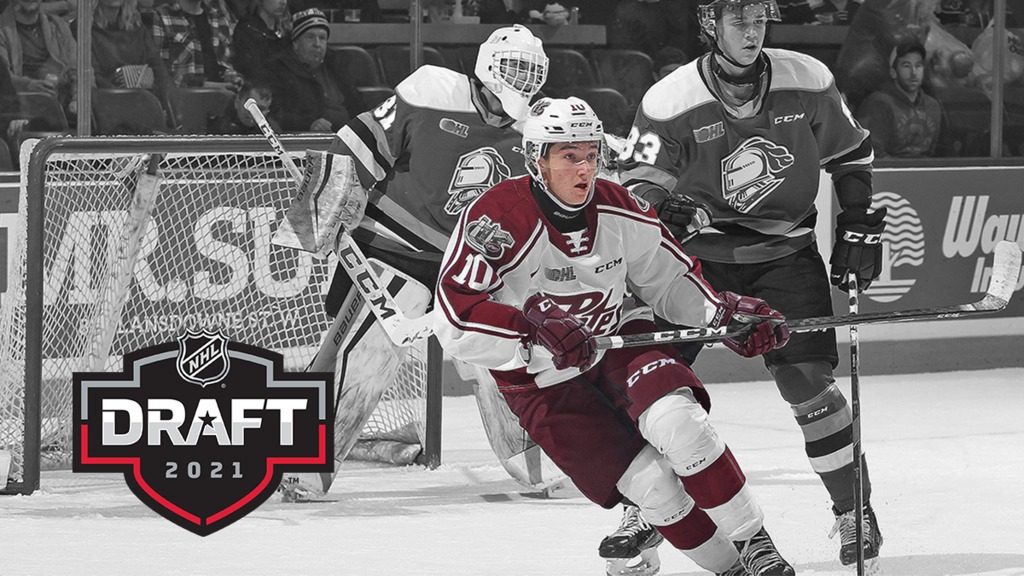 Jon-Randall Avon, or J.R. as his teammates call him, is a Peterborough Pete through and through. Growing up in Peterborough and playing his minor hockey career for the PMHC Peterborough Petes, Avon always had aspirations to play in the OHL. Following in the footsteps of his stepfather and Petes alumnus Steve Larmer, Avon was selected 11th overall at the 2019 OHL Priority Selection by his hometown. Avon became the first Peterborough minor hockey player to be selected in the first round of the draft since Corey Perry in 2001.

The highest Minor Petes player selected in the #OHLdraft since Corey Perry in ‘01.

“All of my friends and family come to home games to cheer me on. It is nice to see familiar faces at the rink,” answered Avon when asked about getting the opportunity to play for the team he grew up watching.

Avon’s strong 2018-19 season with the Peterborough AAA Petes, followed closely after by a solid rookie season in the OHL, has garnered interest from NHL teams. Heading into the 2021 NHL Draft which will take place on July 23 and 24, the versatile forward is currently ranked 200th on the NHL Central Scouting’s List among North American skaters.

The 6 ft. centreman has stayed laser-focused on his goals throughout the pandemic, stating, “The thing that has kept me motivated is knowing that it’s my draft year. I’ve just been working day and night to get better.”

The city of Peterborough has been lucky enough to see exactly what J.R. brings to the table, but for any NHL fan base who hasn’t had a chance to see him play, this is what you need to know about the speedy forward.

Avon’s edge start with his skating. Prospect Pipeline refers to him as a mobile centreman with blazing speed. “Avon can reach top speeds in a matter of steps and can separate from opponents on the rush.” This keeps defenders on their toes and always guessing as to what Avon’s next move will be. His skating is what helps make him such a great player away from the puck as well and allows him to backcheck effectively.

Perhaps one of the most important aspects of Avon’s game is his ability to handle the puck with an impressive amount of skill and poise while in heavy traffic. He always engages in tough battles along the wall and using combining that with his skills under pressure he is usually able to come away with the puck and help set up scoring chances. The Peterborough native has also shown off his creative hands and confidence around the net, making him a threat in the offensive zone.

J.R. AVON! The local kid's first #OHL goal comes off a juicy rebound, from @mattmcnamara23 and @chis_decs! It's 1-0 Petes!#GoPetesGo pic.twitter.com/QZM7GiDLkB

Avon has his sights set on the NHL Draft in July but is still looking forward to competing and working hard for the Petes when the OHL makes its long-awaited return to the ice in October. Everybody with the Petes wishes J.R. the best of luck with the NHL Draft, and we can’t wait to see him back on the ice at the Memorial Centre soon.