D’Agostini and Rye: A Lifelong Friendship 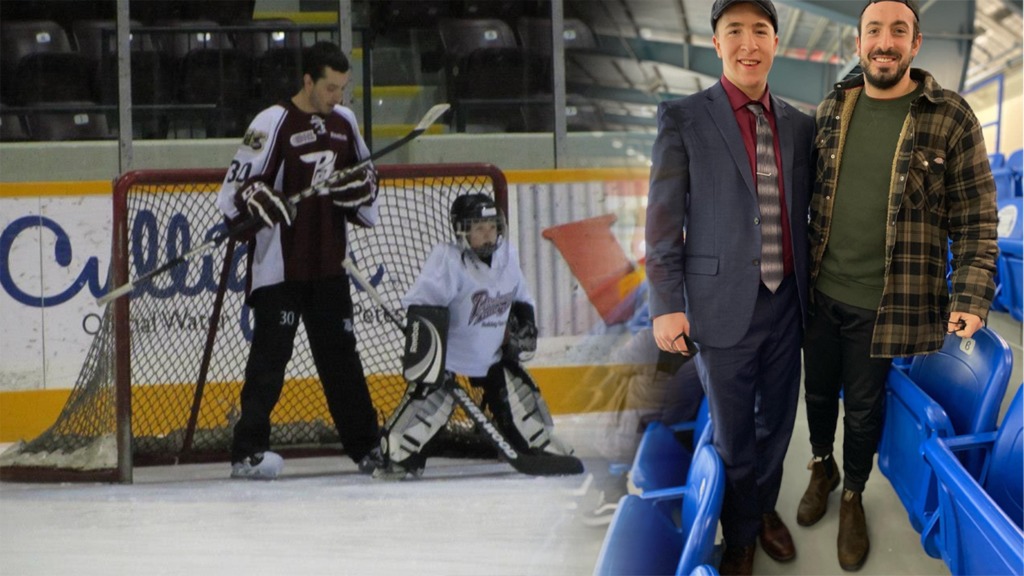 Entering his rookie year as a goalie for the Peterborough Petes, Andrew D’Agostini was making an impact on and off the ice. At a meet and greet, D’Agostini first met future Petes goalie and Peterborough native, Easton Rye, when he was just 3 years old. This is when a lifelong friendship was made.

D’Agostini played for the Petes from 2009-2014 totalling 190 games played, a career average of 0.895 save percentage, and 6 career shutouts with the maroon and white. Since meeting in 2006, D’Agostini has been a role model for Easton. Not only have they become friends, but D’Agostini has also become a mentor for Rye throughout his hockey career.

Not only has D’Agostini formed a strong relationship with Rye, but he has also created one with his parents, Scott and Elke. His parents credit Andrew for instilling and encouraging his strong work ethic. Along with D’Agostini, Petes associate coach, Andrew Verner, has also been named an influence on Rye and his hockey career. “When I first came to the Petes, Andrew was my first goaltender and he always had a crazy strong work ethic,” Verner said. “Knowing that Easton started training with him at a young age through camps, and now having the experience of working with both of them, its a pretty neat dynamic”. 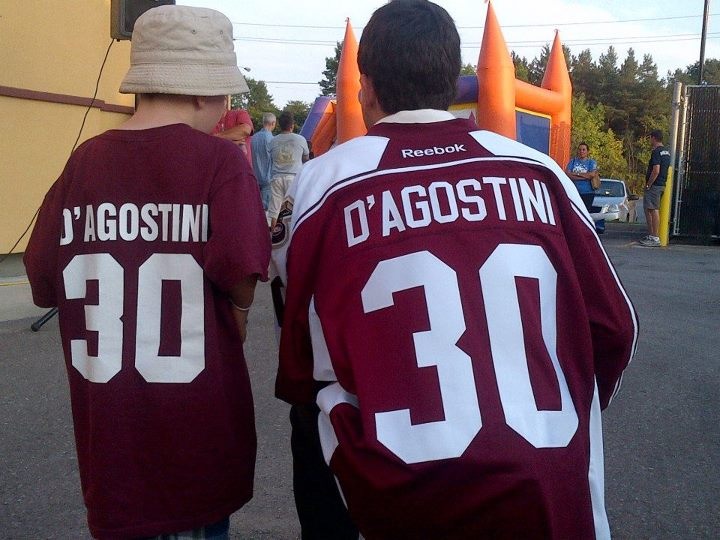 Since they met, Rye has referred to D’Agostini as his idol. “ He was the first person I called when I got drafted and when I got signed. He has always been there for me”.Knowing D’Agostini is what inspired Rye to become a goalie. D’Agostini’s hard work and preservation inspired Rye to do the same and has helped and guided him both on and off the ice. ”He is excited for me to have this opportunity with the Petes. It’s a heartwarming moment that comes full circle”. After signing a standard player agreement in August of 2022, the first question that Rye asked was if he could wear number 30, which was D’Agostini’s number during his 5-year stint with the Petes.

D’Agostini has provided Rye with valuable advice that he will never forget, “No matter what happens, just keep focused on your goals. You’re going to have good games, you’re going to have bad games, it’s not going to matter in the end. Just keep working and moving and don’t worry about the past just focus on the next shot”. Advice from a former OHL goalie will help to benefit Rye as he enters his first season with the Petes.

Since his time with the Petes, D’Agostini has played for several different professional hockey teams with the most recent being the Toronto Marlies. D’Agostini, who is currently residing in Toronto, and Rye are in contact daily and will continue their friendship for years to come.