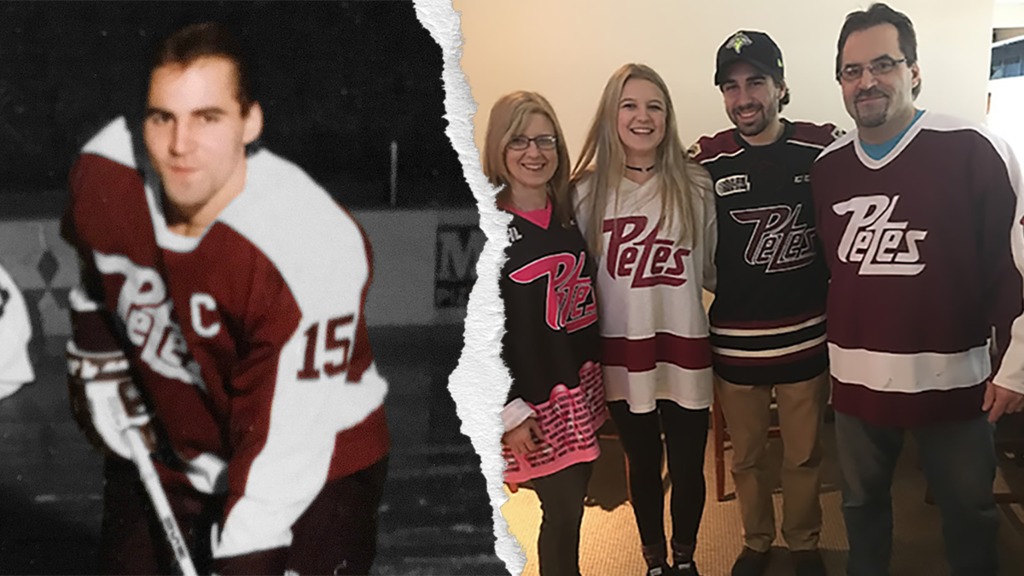 Dave Lorentz, captain of the 1988-89 Peterborough Petes and current Vice President of the Petes Board of Directors, failed to make the maroon and white the first time he tried out for the team. The former J. Ross Robertson champion understands why he wasn’t ready and agrees with the decision made by former head coach, Dick Todd. At that time, Lorentz went back home to Maryhill, Ont., a small town outside Kitchener.

“I lived in the country, so in [the] winter you played on neighbours’ ponds. No internet or cable tv so you played outside,” Lorentz said. “Woolwich was the closest hockey centre so that’s where myself and [my] brothers played organized hockey.”

He returned to playing for his U18 squad called the Kitchener Greenshirts after Todd sent him home. There, a young Lorentz learned from head coach Mike Bright that “hard work makes up for lack of skill.”

“I came back my second year there [in Peterborough] and it was just that,” Lorentz said.

“You played every shift like it was your last. I wasn’t a goal scorer, I wasn’t a finesse player so you had to make up for it in different ways.”

That he did. The Maryhill native, drafted in the 15th round of the 1986 Ontario Hockey League Priority Selection, started his career with the Petes during their 1987-88 season. The team showed signs of what was to come, winning 44 games and reaching the OHL finals. Lorentz displayed his heart and toughness on the ice earning him the captaincy at the start of the Petes 1988-89 campaign. He soaked in wisdom from his former captain the year before, current Anaheim Ducks Coach, Dallas Eakins.

“[Eakins] worked his butt off. He was a great leader, but he did extra things too after practice,” Lorentz recalled.

Those things included “extra drills, extra feet work, an extra rep if you’re working out in the gym.”

In between the typical memories of a championship season lies funny stories on and off the ice.

Lorentz described an instance on the bench in 1988 during a game before Christmas break when Peterborough sniper Mike Ricci was on the ice fighting an opposing player.

Lorentz distinctly remembers, “[Todd] standing on the bench telling everybody ‘get in, get him out of there!’ and then Ricci started winning the fight and [Todd] backed off and said, ‘Leave him alone, let him fight, let him fight.’”

Lorentz posted 18 goals and 38 assists in 65 games that season and added another 10 points during the playoffs. In total, the former Petes captain played three seasons in the OHL, accumulating 143 points across 187 games all in a Peterborough uniform.

Since stepping back from the game, Lorentz has become a husband and father. He enjoys spending time with his kids and is proud of their success.

“We knew he could run. I can’t,” Dave Lorentz chuckled.

When Josh played hockey, “I wasn’t allowed to stand near people when he played,” Dave Lorentz said through laughter.

Many have come through Peterborough in hopes of reaching the National Hockey League. Lorentz, like many alumni, remained close to the organization long after he moved away. When he was offered an opportunity to be on the Board, he didn’t hesitate.

“Our fans are special. I am grateful to have been a part of this organization on and off for the past 35 years as a player and now as an executive. The friendships made from teammates, to coaches, to land parents and fans have made me call Peterborough home. It’s a community that supports us and has our back.” 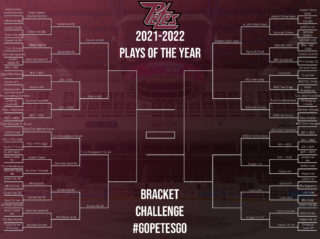