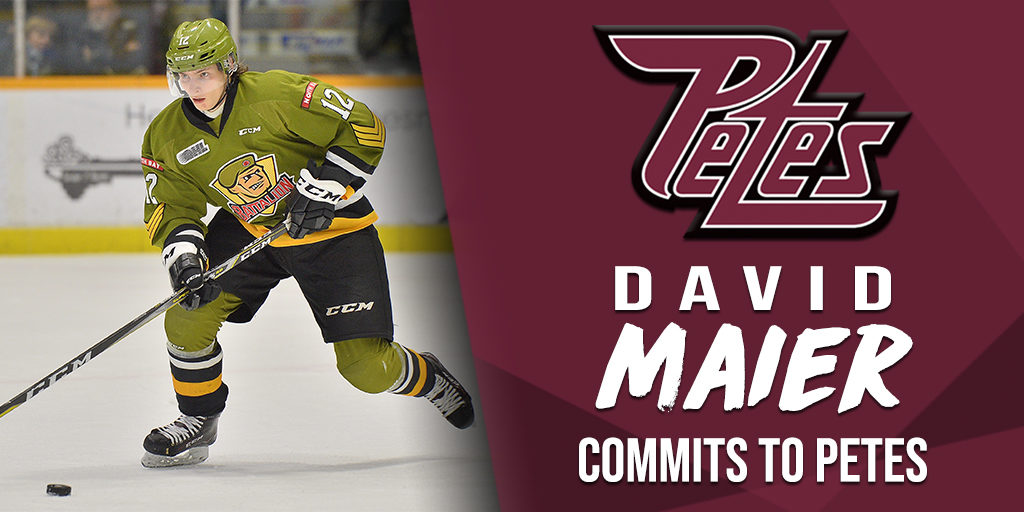 The 2000-born defenceman represented his country at the 2019 D1A World Junior Hockey Championship, recording 2 assists in 5 games. Maier has an extensive background playing with junior Södertälje SK J20, J18 and U16 clubs from 2015-2017. He was also a candidate to play for the Austrian Men’s National Team in the 2019 World Championship – the tournament that 2018 Petes Import Draft pick Liam Kirk played in this offseason.

“We’re very pleased that David has committed to playing in Peterborough,” commented Oke. “To be able to select a player in the Import Draft that has already adjusted to the North American game will be of great benefit to our team.”

“I am honoured to be part of this great organization,” added Maier. “I am looking forward to experiencing the amazing atmosphere in the Memorial Centre.”

Fans will get their first look at Maier in maroon and white at the Petes’ 2019 Training Camp in late August. The Petes will play five exhibition games between August 30 and September 14, including three games as part of the OHL Preseason Showcase in Kitchener and a game at the Cavan Monaghan Community Centre in Millbrook on Saturday, September 14 at 7:05pm against the Niagara IceDogs.

The Petes will open the regular season with nine games on the road before returning to play their home opener on Thursday, October 17 at 7:05 pm against the Hamilton Bulldogs.

To view the Petes’ full schedule, click here. Petes season tickets and 10- and 20-ticket flex packages are on sale now. Fans interested in these ticketing options should contact Coordinator of Season Ticket Sales and Service, Mike Kosciesza, at (705) 743-3681 ext. 263 or by email.