Declan Chisholm has Something to Prove 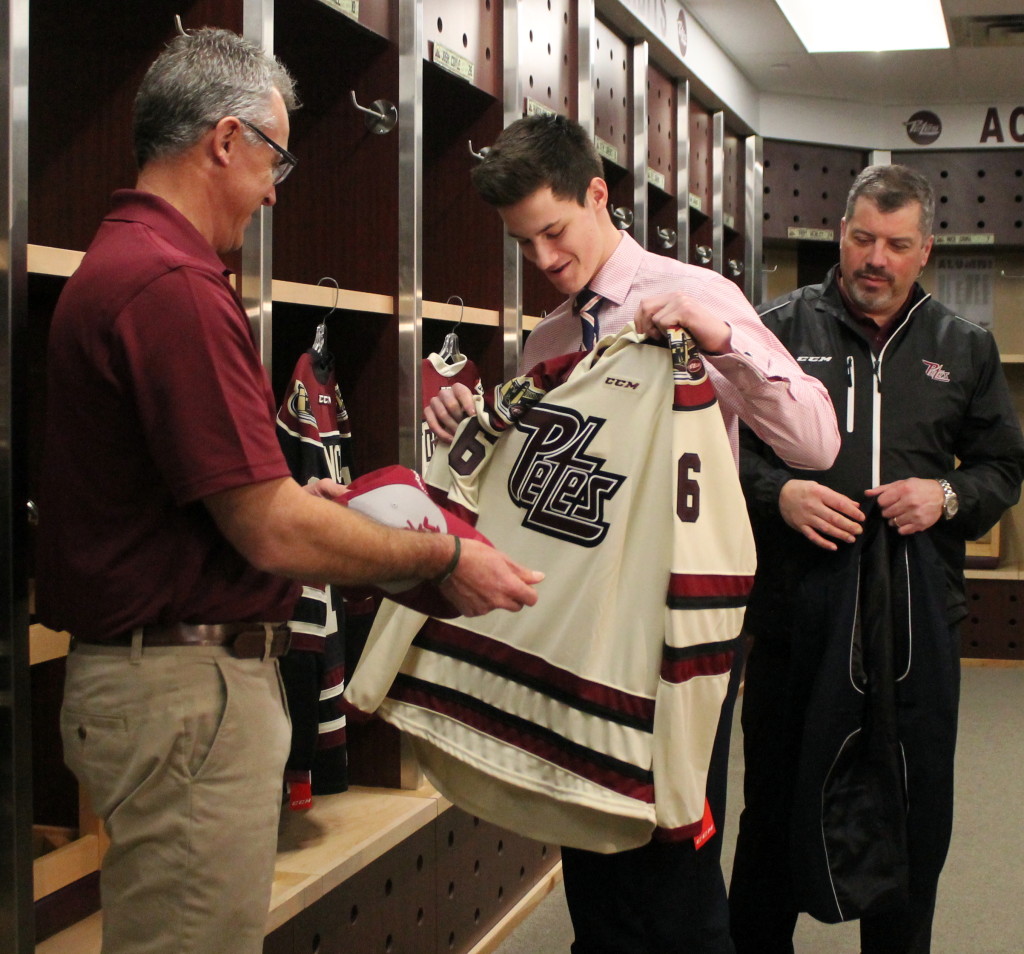 To be a high level athlete one needs to have a competitive edge and a strong work ethic. Declan Chisholm hopes to bring both to the Petes during his OHL career.

Being selected to the OHL is usually a dream come true, but while Chisholm is thankful to be taken he feels that he could have been a first round pick. He was selected in the second round and 24th overall during the 2016 OHL Priority Selection. Many notable hockey players have been taken in the second round of an OHL Priority Selection including Vincent Trocheck, Dougie Hamilton, John Carlson, and Ryan Ellis, who were all second round picks in the OHL before becoming pro hockey players. Still, Declan feels he now has something to prove.

“It kind of leaves a chip on my shoulder because a lot of teams passed me and I will definitely be working harder to beat all those teams and reward Peterborough for taking me. I want to prove [the Petes] didn’t make a mistake,” said Chisholm.

While Chisholm is extra motivated to prove his worth in OHL, he hasn’t lost the concept of a team first approach.

“I’m prepared to accept any role on the team and I am going to work my hardest to be a good teammate to all the boys,” he said. 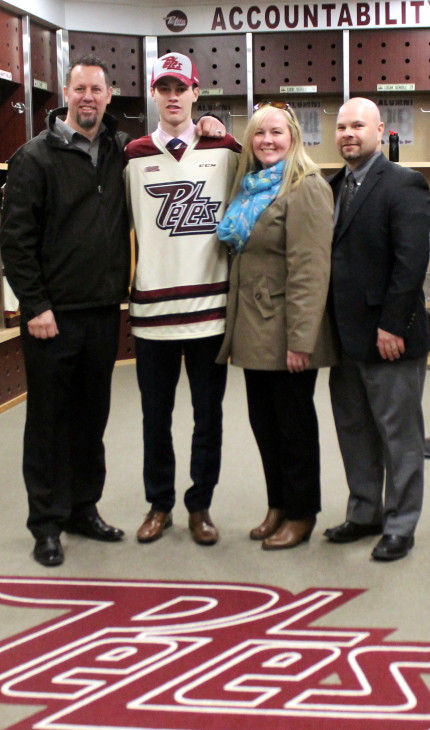 Erin Fagan is Declan Chisholm’s mother and she says Declan has always been a hard worker and wanted to be a hockey player since he was very young.

“Following a game [when he was 7 or 8], he got into the car and [was visibly upset] that he got sat on the PP and PK – he was just beside himself. I told him ‘if you want to play those minutes you need to earn that time – you need to prove to the coach you deserve those minutes!’ The very next year he became the captain and has excelled since then,” said Fagan.

It seems nothing could stop Chisholm from realizing his dream of playing hockey, not even fate or a freak accident.

“I remember once he fell on his brother’s hockey bag and got a bad staph infection in his knee. It was a very scary time as we thought he might even lose his leg! He was upset about losing time, but he was bound and determined to play hockey,” said Paul Chisholm, father of Declan.

As determined and hard working as Declan is, what is more stunning is the fact it was all for the love of the game and not the thought of the next step.

“I never thought about playing in the OHL until this previous year when I really stepped up my game and was more offensive. I was starting to get noticed a lot more out there. Then the possibility started to creep into my mind,” said Chisholm.

Chisholm was drafted as a potential puck moving defenceman for the Petes and even tries to tailor his game to that of Erik Karlsson of the Ottawa Senators. Declan does deliver offence with more than 0.5 point per game in his first year in the Greater Toronto Minor Midget Hockey League.

“I’ve got good vision and I can find the open guy, but also shoot the puck and create offence. As I work hard here for the organization, maybe I can earn the right to be on the power play,” he said.

Most would think Chisholm would be itching to get on the ice in Peterborough, but says he’s looking forward to something else.

“Being a role model to all the younger hockey players. Also, joining a community like Peterborough and being a role model within the community,” Declan said. “Also, the idea of being part of a storied organization like the Petes and having lots of fans coming to watch us!”

Watch Chisholm and other Petes’ prospect carve up Memorial Centre ice for the first time on May 14th during development camp. If you’re not a season ticket holder yet, be sure to lock in your seats before time runs out. Click here for details.

Do you have a story idea for Tyler Renaud? Send him an email!