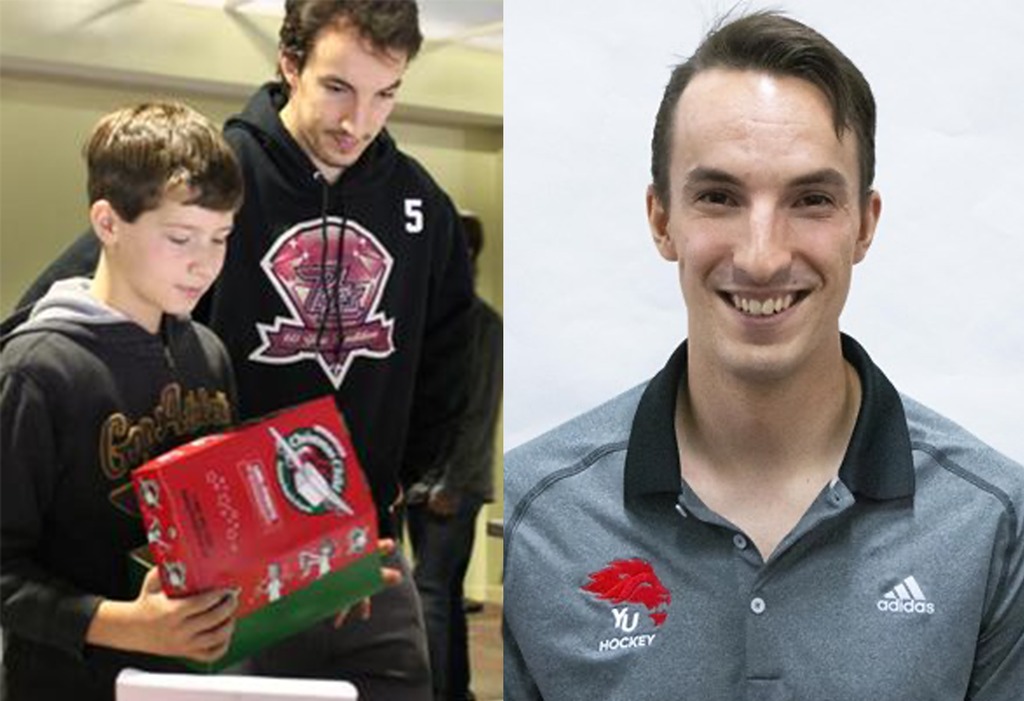 As the puck drops each season it seems like the expectation put on kids to carve out their path to the NHL reaches new heights. Exemplifying the possibility of success without professional league pressure is Petes alumnus Daniel Nikandrov, whose trip to the OHL was in the pursuit of fun.

Nikandrov started playing hockey at 10 years old, an age that to many in minor hockey is inconceivable. In 2004, when he was nine years old, he and his family moved to Canada from Israel and although ice hockey there was uncommon, his father became a die hard fan of the on ice sport.

“The fan base, to my knowledge, was about four people and they all lived in the Nikandrov house,” he chuckles.

The power forward and his family would record games from ESPN and watch them later, his dad rewatching the games multiple times. Nikandrov recalls watching match-ups between Dallas and Colorado and Detroit and New Jersey, and began to understand the rules of the game through EA’s NHL99.

“I did grow up around it [hockey], but I didn’t have it available to me everyday like some of the rest.” 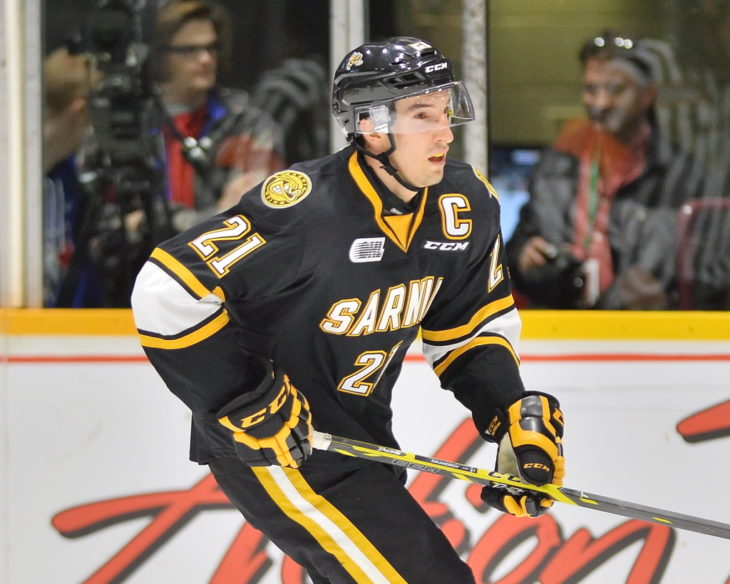 Upon moving to Ontario Nikandrov’s parents registered him for hockey immediately. He began skating just before his tenth birthday and although he admits the comprehension of the game developed naturally, learning the mechanics of skating did not.

“Learning how to skate, for instance, took forever. I could just remember my parents had watched some videos, I don’t remember if it was Bobby Orr but it was just some sort of skating instruction manual and they were basically standing on the bench instructing me on how to stop. I’m sure it was quite comical for observers, for me it was pretty frustrating.”

Nikandrov’s road to hockey is atypical, nonetheless the sport has become his entire life.

One stride at a time

“If you watched my stride when I played for Peterborough I was still working on it.”

Nikandrov admits that he continuously tried to refine his skills as a hockey player even in his final years skating for York University. His initial entrance into hockey began with a humble foundation as he was selected last in his house league draft, attributing the patience of his parents with some ‘how to skate’ VHS tapes and a focus on fun at the rink to his speedy development.

His simple game plan to have fun, work hard, and be the best he could be in his present spot eventually led Nikandrov to the Markham Minor Midget AAA Majors. It was here that he started to get a feel for his options in playing hockey further down the line, and the possibility of the OHL.

Although the Petes only played one round of playoffs in his final season of junior hockey, Nikandrov recalls only positive memories from his time in ‘The Patch’.

Nikandrov was selected by the Sarnia Sting in the 2011 OHL Priority Selection. Although he only donned yellow and black for seven games in his initial season with the Sting, Nikandrov would go on to make a serious impact in Sarnia from 2013-16, eventually becoming the team’s captain. Eighteen games into his senior season Nikandrov was traded from the Sting and joined the Petes to cap off his junior career.

“It was one of the hardest parts of my life because I had to leave all my friends behind and we had grown up together from 16 to 20 years old.”

Although the move presented inevitable hardships, Nikandrov became excited and felt honoured to wear the historic maroon and white jersey.

Fewer relationships are more important in junior hockey than that between a player and their billet family. For Nikandrov he has not doubt he hit the billet jackpot.

He admits that by default it takes a special type of person to sign up and share their life and resources with an adolescent hockey player, however Joe and Kristen Farace, along with their three children Molly, Anthony and Mya, made his change from Sarnia to Peterborough particularly easy.

The Milton Menace have announced the addition of Israeli-born Daniel Nikandrov to the 2020-2021 coaching staff.

Nikandrov comes to the Menace from York University, where he spent last season as an assistant coach and video coach. pic.twitter.com/yHzQjKOWFy

“Anyone who’s willing to open their home and take that risk, that’s a show of character. Everything about it was great and they made my transition so much easier. If I was in a different situation than that I don’t know how much I could have benefited the Petes, but they made every single day easy for me.”

His relationship with the Faraces has extended far beyond his time in Peterborough as Nikandrov doesn’t miss a Mother’s Day or Father’s Day text to Kristen and Joe, and reunites with the family at the rink when the kids play hockey in Toronto.

Nikandrov recently graduated from York University with a degree in Business and Society, and wrapped up his initial season as an Assistant Coach with the men’s varsity hockey team. It was recently announced that he has been hired as an Assistant Coach with the OJHL’s Milton Menace. His arguably late start in hockey and personal development along his career makes for an excellent case study for the benefits when a little more fun and a little less pressure is injected into minor hockey.