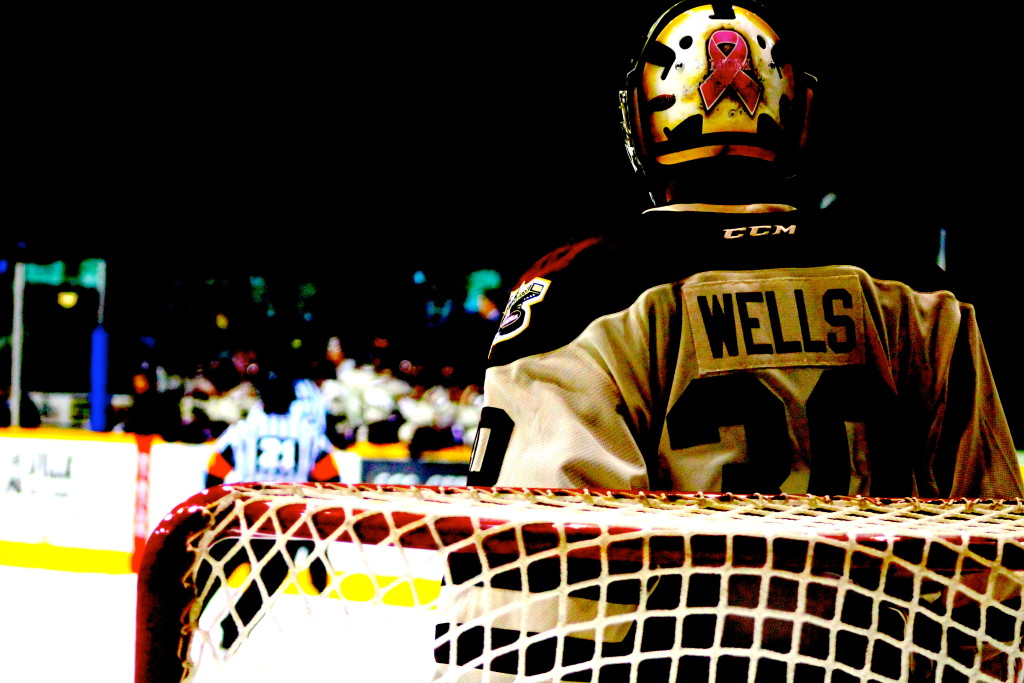 Peterborough Petes goaltender Dylan Wells is one of ten netminders invited to attend the annual Hockey Canada Program of Excellence Goaltending Camp taking place June 9-12 at the Markin MacPhail Centre in Calgary. He will be joined in Calgary by Petes prospect Hunter Jones (2016 89th overall), who will attend the under-17 camp, and assistant coach Andrew Verner, who will serve on Hockey Canada’s goaltending advisory board.

The camp brings together some of best netminding talent in the nation with top Canadian instructors from across North America, and kicks off the evaluation period for summer development and selection camps at the under-17, under-18, and under-20 levels.

Wells competed as the number one goaltender for Team Canada at the Memorial of Ivan Hlinka under-18 World Championship last summer, backstopping the team to a gold medal and being named player of the game in two of the three games he played.

Candidates for inclusion in Canada’s National Junior Team summer development camp include 10 of the top under-20 talent. Wells is among the youngest goalies in his category, but has already established himself as a promising talent with strong performances at the Canada-Russia Series and BMO CHL/NHL Top Prospects Game.

June is set to be an exciting month for Wells, as the St. Catharines native is also ranked as one of the top goaltending prospects heading into the 2016 NHL Entry Draft in Buffalo on June 24-25.

Andrew Verner will add this experience on the advisory board to his long list of achievements in the international hockey scene. Verner has represented Canada on multiple occasions as a player, coach, and mentor.

Hunter Jones, who was selected by the Petes in the fifth round, 89th overall in the 2016 OHL Priority Selection, is one of 16 goalies set to attend the under-17 camp. The 6’3, 199lbs native of Brantford, Ontario, recently captured an OHL Gold Cup title with Team GTHL Blue, making 29 saves in a 6-1 championship game performance to cap off a near-perfect tournament.

Download the Petes Mobile App powered by Kawartha TV & Stereo for iPhone or Android to get notifications about the Petes all summer long, and to gain access to other exclusive content, rewards, and contests.