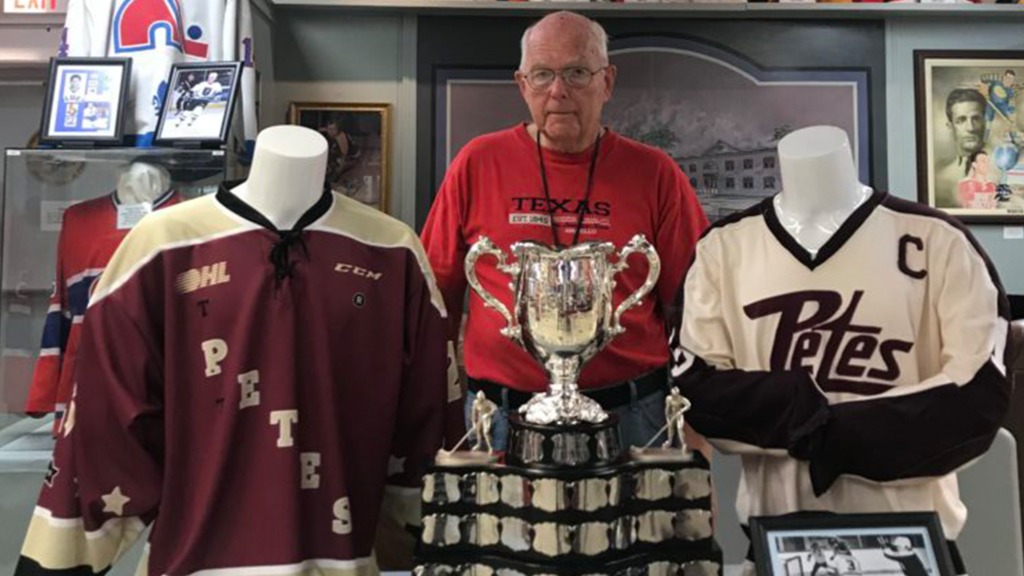 A hockey team isn’t defined solely by the members of its hockey operations but includes its community of fans, sponsors, and supporters that often come in the form of volunteers, and the Petes are no exception.

Among the network of maroon and white is Petes encyclopedia Pete Pearson, also known throughout the arena and by past Petes as ‘The Deacon’. An active member of the Peterborough and District Sports Hall of Fame, Pearson has been a memorable figure among the Memorial Centre since the Petes’ 1956 inaugural year.

“I wasn’t here opening night, but shortly thereafter a friend of mine who was going to university came back at Christmas time and said, “We’re going to the hockey game and said there’s a guy coming that’s going to play in the NHL,” explained Pete.

That player, Frank Mahovlich, played for the visiting Toronto St. Michael’s, however, Pete insists Peterborough had a player equally as skilled and reveals his affinity for his hometown team. “We had Wayne Connelly, who was a guy who was every bit as good as Frank in his day. He was an outstanding player with the Petes.”

Over the Petes’ 62 years, Pearson’s role has evolved from barrel pusher – a role crucial to ice flooding in the pre-Zamboni era – to goal judge, to a member of Roger Neilson’s ‘army’. His extensive time in the Memorial Centre has dubbed Pete the unofficial title of Petes historian and has provided him with a bank of stories that include name-drop worthy characters like Frank Mario. 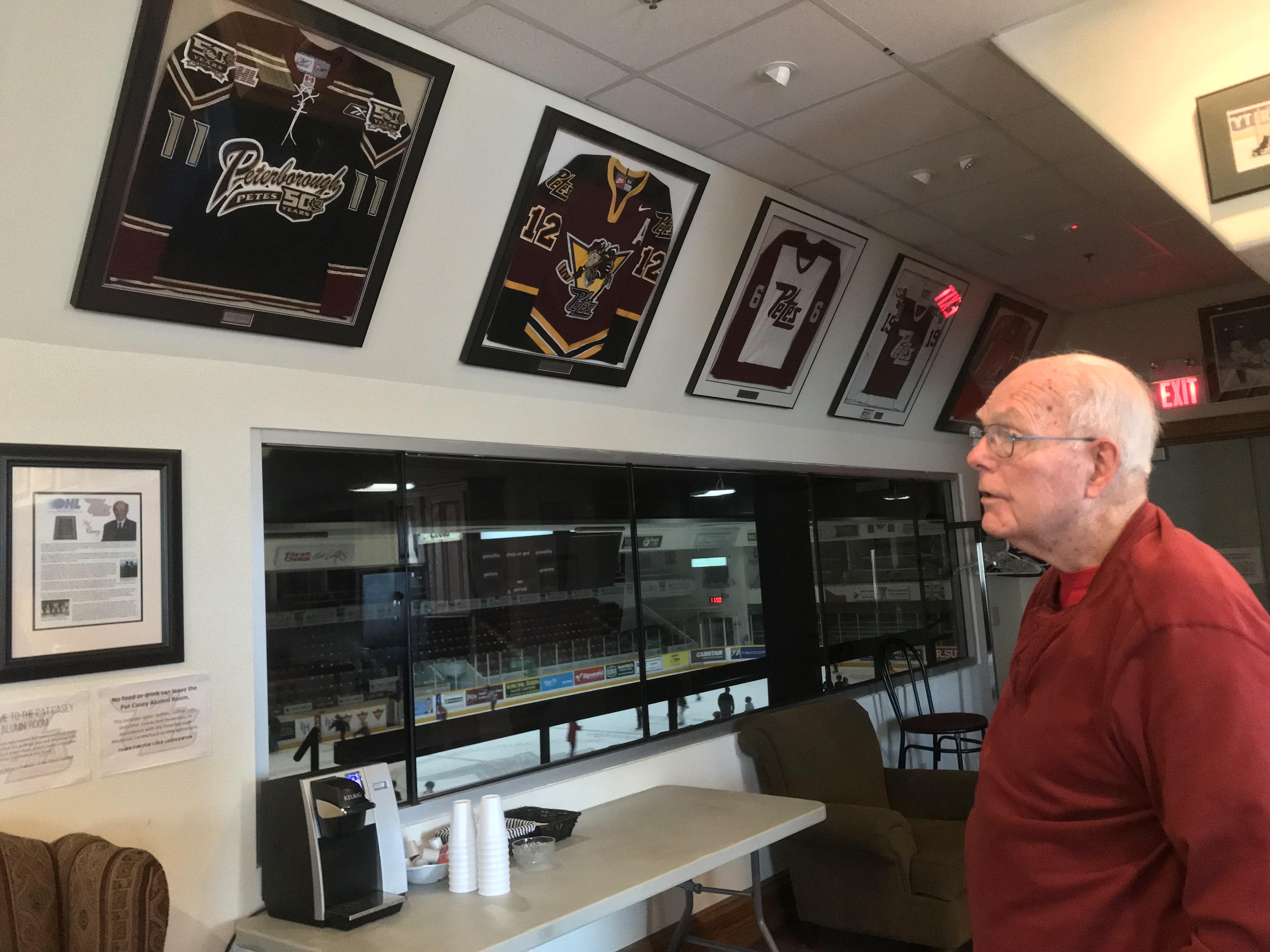 Roger Neilson arrived to the Peterborough Petes in 1966 and quickly formed a bond with Pearson. “When Roger came he and I were discussing the approach to coaching hockey, I had some questions for him and he was always a guy who had time for you. From those early discussions, I became one of Roger’s army, you might call us because there was a whole batch of us.”

Other members of Neilson’s hockey militia included guys like Dave Clements, Jim Faulkner, and Larry Pearson who would go on to follow in the footsteps of the mentor and become a teacher. As is the nature of junior hockey, there was no shortage of things that needed to get crossed off of Roger and the club’s daily to-do lists. That’s where Pete came in.

“With Roger, you just took on a role, you didn’t have a specific job necessarily but there was always a bunch of jobs that needed to be done when he was here coaching. Roger was really, for all intents and purposes, was the coach, GM, secretary, and treasurer.”

Pete continued to joke, “Somebody once asked me if there was something I hadn’t done and I responded with, ‘the day Roger would ask me to drive the bus I would quit’.”

“We had the infamous Bullworker routine; I think Herb Warr was the one who kind of got Roger interested in that,” stated Pete.

“All it was was a tension machine where you did different exercises. It was spring-loaded, you were doing compression exercises; basically, it looked like a big dog bone. There were a bunch of different exercises, ones for their arms and legs mostly. It was an interesting time,” notes Pearson.

Although off-ice training with the Bullworker was a far cry from the exercises asked of the players now, the demand to be in attendance of workout has never changed. “My job was really to take attendance – that was the main thing. It was important they showed up and I think most of them did.”

The Bullworker is an ongoing topic of conversation among the Petes alumni who played throughout the 70s. The exercise device resembles something belonging on a infomercial. “Over time, I run into guys. It’s an outstanding joke of where the Bullworkers are.” He insists there are two laying among the hands of alumni who don’t intend on returning them to the club. 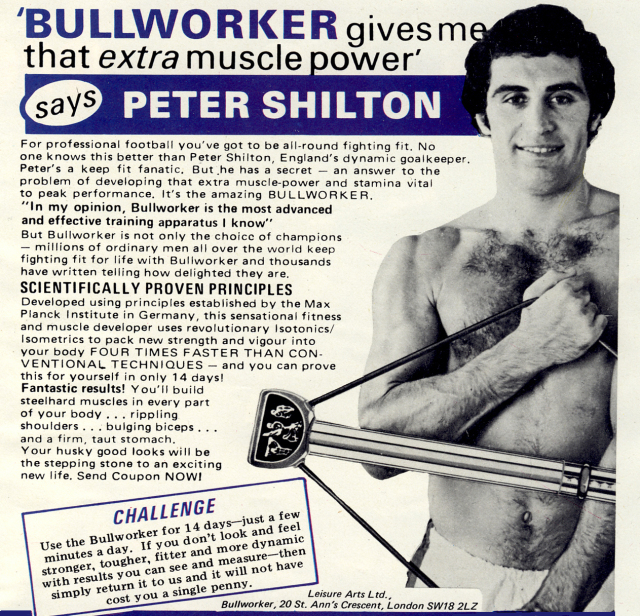 The School of Petes

As the Deacon sits in the Pat Casey Alumni room, he points downward and begins to recall a conversation he had with Petes head coach Frank Mario.

“There were a bunch of guys, just pick up guys, playing hockey on the ice. They were just playing scrub and Frank came along and I said, ‘You know Frank, you’re not going to learn much here tonight.’ and he said, ‘You know, you learn from every guy who ever put skates on,’ and it suddenly dawned on me, he’s right.”

Pete went on to summarize Mario’s message as one being that all scenarios can provide an opportunity to learn. Although his Mem Centre school or hard knocks provided countless lessons, Pearson clearly recalls Petes broadcaster Bill Bennett’s stress on preparedness and Neilson’s insistence for the organization.

“He would never give you the idea that he was a super organized guy if you went into his office; his desk did not know the word neatness. Not that I’m any better,” he laughs.

“But he had everything organized in his mind. When we started training camp there were books for every guy who went here but prior to that I don’t think we ever had that.”

The Deacon’s time as a Petes enthusiast has allowed him to watch the game and club grow into the product it is today. He recounts each game and player in uncanny detail and can often announce someone’s stats at the drop of a hat.

He reflects upon the rosters he grew up watching. “Wayne Connelly literally carried the Petes through to the Memorial Cup. A guy who was really talented and not very big was Andre Lacroix in the early to mid-60s, I think he played with Danny Grant. Andre was the type of guy who you really wanted to watch play when you came into the building.”

He also cites Craig Ramsay as a talent who could have coached junior hockey as he played. Ramsay coincidentally went on to have a longstanding coaching career in the NHL.

Pearson had a preference for the guys whose work ethic defined their style of play and noted that forward Tim Trimper’s grit is what allowed him to lead the Petes in scoring in 1979. “I’ve never seen a guy work harder for every goal he got. He worked his tail off every night to get those goals.”

The Deacon concludes the conversation around his favourite players, chuckles and notes, “We turn out good goalies and turn them into broadcasters.”

Pete Pearson teeters between Yoda, a comedian making himself the punchline of his own jokes, and a Peterborough Petes book of facts. He roams the Memorial Centre hallways on Tuesdays and Thursdays in the pursuit of educating the public on Peterborough’s incredible athletes, particularly past Petes. Although he holds no official title with the club, his passion for the franchise and effort to stay involved has connected players across eras. Pearson holds the key to a wealth of Petes stories never published and is willing to share for those ready to listen. The Petes and our alumni are incredibly lucky for his spunk, storytelling, and commitment to the club.