Fans tell us Who Wore It Best: Doug Gibson 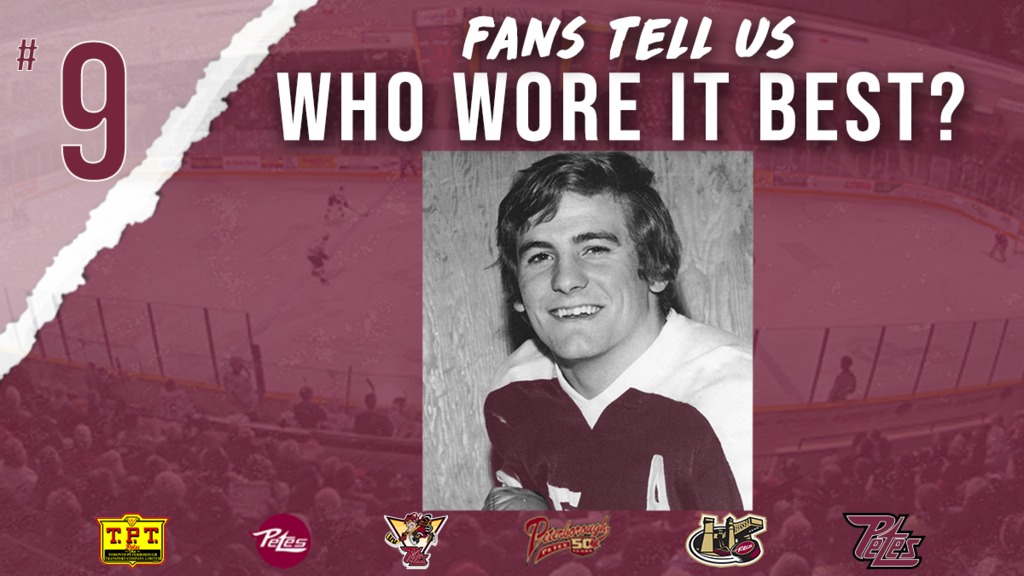 Petes fans, we heard your calls and received your nominations. This week the Petes will highlight alumni who you believe should have been included in Who Wore It Best?

Like most jersey numbers, #9 posed itself a challenge when it trying to cut down the final list of delegates. The alumni who were available to vote on included Zack Kassian, Rick MacLeish, Tom Fergus and Mike Ricci. MacLeish received the highest number of votes with 1,256.

However, there was one early 70’s player fans told us deserved to be on that finalized list, and for good reason: Doug Gibson.

Born and raised in Peterborough, Gibson suited up for his hometown Petes for three seasons (’70-’73). In his last two seasons, he scored back-to-back 50 goals and in his last season, he was the captain of the Petes where he racked up 114 points in 63 games. Although he was drafted by the Boston Bruins in the third round, #36 overall, he suited up for 411 games and tallied 450 points across seven seasons in the AHL. As a member of the Hersey Bears in 1979-80, Gibson won the AHL Calder Cup. After playing hockey, he was a scout for 16 years in the NHL.

He like many local guys, is a fan-favourite and deserves to be recognized on the short-list for Who Wore it Best?