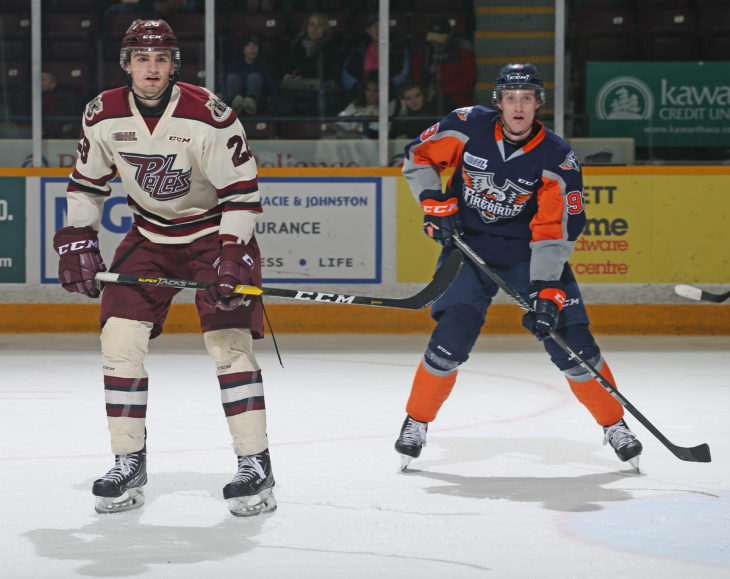 Nick Robertson and Semyon Der-Arguchintsev are two of three player tied for second in OHL scoring with 17 points; the third is Niagara’s Philip Tomasino. Robertson leads the league in goals (11) while Der-Arguchintsev leads in assists (15).

Flint’s Connor Roberts is second in league shooting percentage, scoring on 3 of 6 shots (50%).

Liam Kirk is one of three players tied for third in plus/minus with a +10 rating.

Flint’s netminder, Anthony Popovich, will face the Petes for the first time as a Firebird. He was acquired from the OHL Champion Guelph Storm during the pre-season. The club acquired his former Guelph teammate Owen Lalonde via trade today, but he is not expected to play in the game.

Peterborough is the only team with two players in the top ten of defencemen scoring. Declan Chisholm is fifth with ten points and David Maier is ninth with eight points, all assists. Chisholm is on the league’s longest current assist streak at seven games.

The Firebirds’ only two wins against Peterborough have both come on Flint ice.