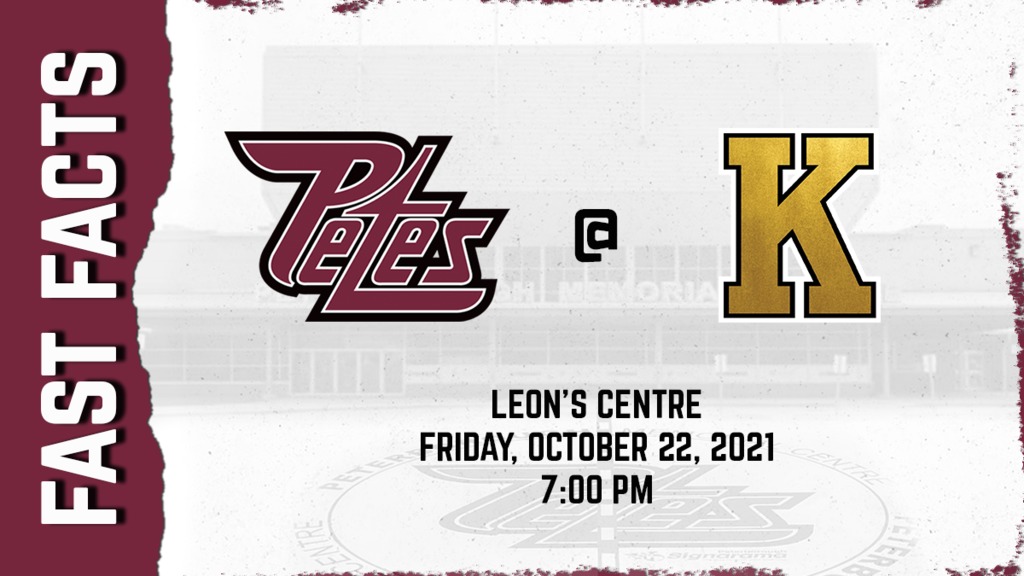 After skating to a 5-2 victory last night, the Petes look to catch the well-rested Kingston Frontenacs off guard tonight.

Shane Wright, who is projected to be the first overall pick in the 2022 NHL Entry Draft, will be on the team’s top line. He has six points (two goals, four assists) in five games.

The Petes will look to avoid taking penalties against Kingston’s strong power play unit, despite their penalty killing efforts improving.

Frontenacs look to keep Tucker Robertson off the score sheet after he climbed to second place in the OHL scoring, and third in the OHL for assists.

Robertson scores his third goal of the season to seal tonight’s win against the Generals! @Emmett9393 picks up his second assist of the night! pic.twitter.com/D9yHEldbvR

As the Petes will look for consecutive wins for the first time this season, they will have to beat Fronts goaltender Leevi Meriläinen, who is tied third in the league with three wins.

WHERE TO TUNE IN: