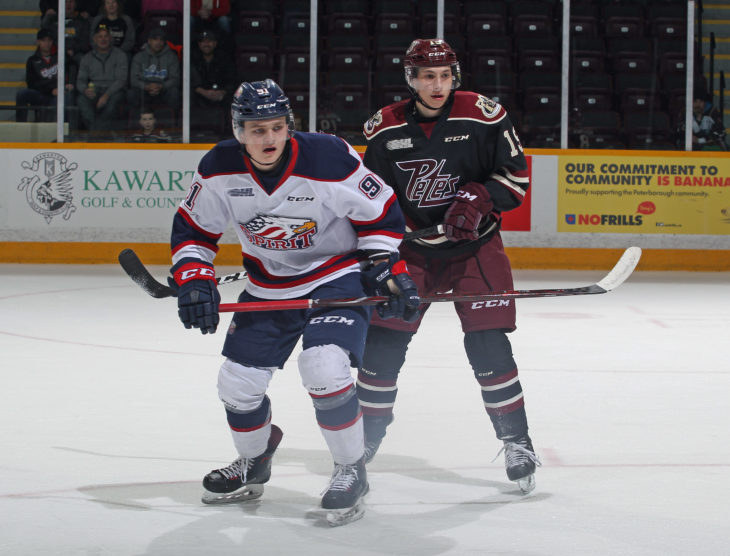 The Petes are the only team with two players – Semyon Der-Arguchintsev (14 points) and Nick Robertson (13 points) in the league’s top five scorers. Robertson is also tied for first in goals scored (8), and alone in first in game winning goals (3).

Saginaw’s Ilya Solovyov (14 points) and Damien Giroux (11 points) are both within the top nine in league scoring. Solovyov leads the league in assists (13) and defencemen in points, while Giroux leads in power play goals (5).

The Spirit have out shot their opponents in seven of their eight games this season. The fewest shots they’ve taken is 33 (twice), and the most is 51.

Nick Robertson and Cole Perfetti are on the league’s longest current point streaks at 6 games.