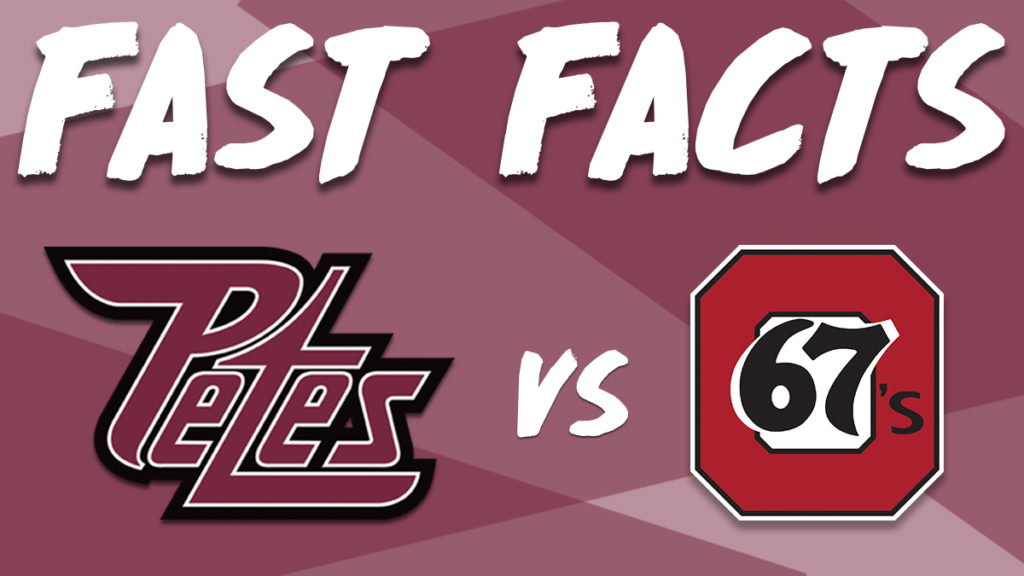 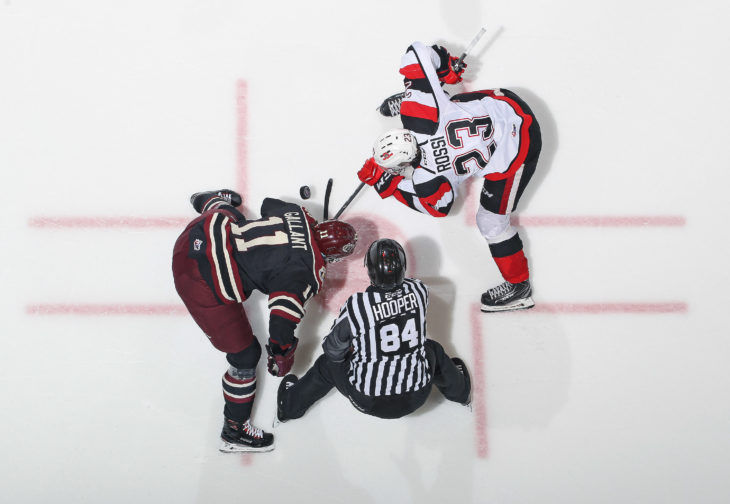 Sunday’s game could be a battle between two of the OHL’s top netminders. Cedrick Andree (0.914 SV%, 2.51 GAA) and Hunter Jones (0.913 SV%, 2.66 GAA) are the league’s first and third ranked goalies, respectively, with nearly identical save percentages and just a slight difference in goals against average. Jones has faced 64 more shots and has 4 more wins.

Petes defenceman Hudson Wilson will face his former team for the first time after being acquired from the 67’s on October 23.

Before a close 3-2 loss against the Oshawa Generals on Friday night, Ottawa had won six straight games after being beaten 3-1 on home ice by the Petes on October 18.

With three goals in his last three games, Keegan McMullen is third in the OHL in shooting percentage at 33.3%.

The 67’s are one of two teams – the other being the Sarnia Sting – with three players in the top 20 in scoring. Austen Keating is 13th (and on an 11 game point streak), Noel Hoefenamyer is 15th, and Marco Rossi is 16th, all with 26 points. Peterborough’s top three scorers – Nick Robertson, Semyon Der-Arguchintsev, and Declan Chisholm – average 26 points on the season.

Liam Kirk is tied for the league lead in plus/minus with a +15 rating.