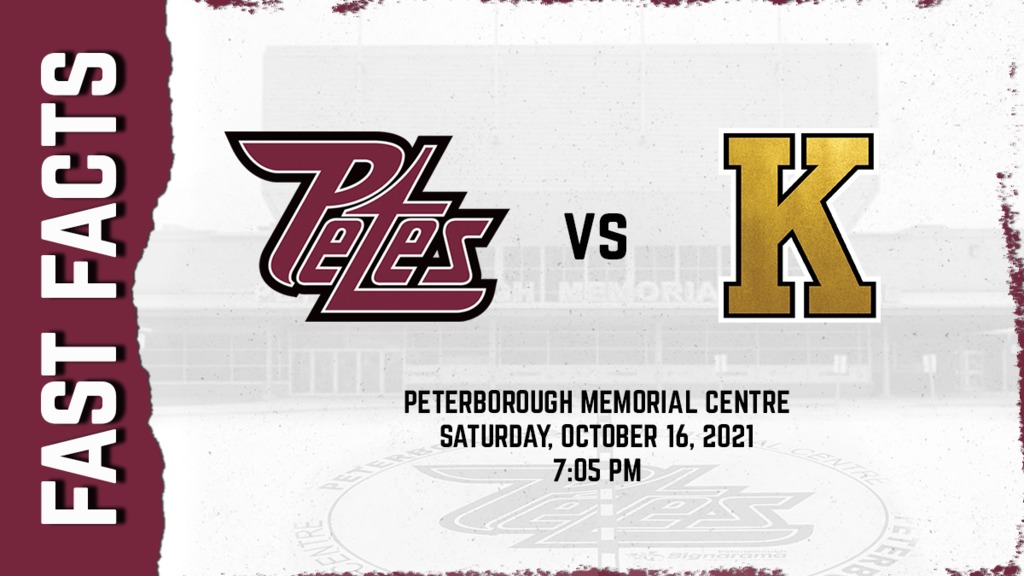 Shane Wright, who is projected to be the first overall pick in the 2022 NHL Entry Draft, will be in the building tonight. He has six points (two goals, four assists) in four games.

Tucker Robertson recorded a career-high four-point night (1G, 3A) at the Petes home opener on Thursday, is tied for 6th in the OHL with six points. He has a total of two goals, four assists in three games played.

Petes will look to shut down Kingston’s top scorer, Lucas Edmonds, who is tied for fourth in the OHL with seven points.

Emmett Sproule is tied for second in the OHL with two power play goals. He has five points (3G, 2A) in three games since being acquired by the Petes last week.

Petes will look to win in consecutive games for the first time this season.

WHERE TO TUNE IN: