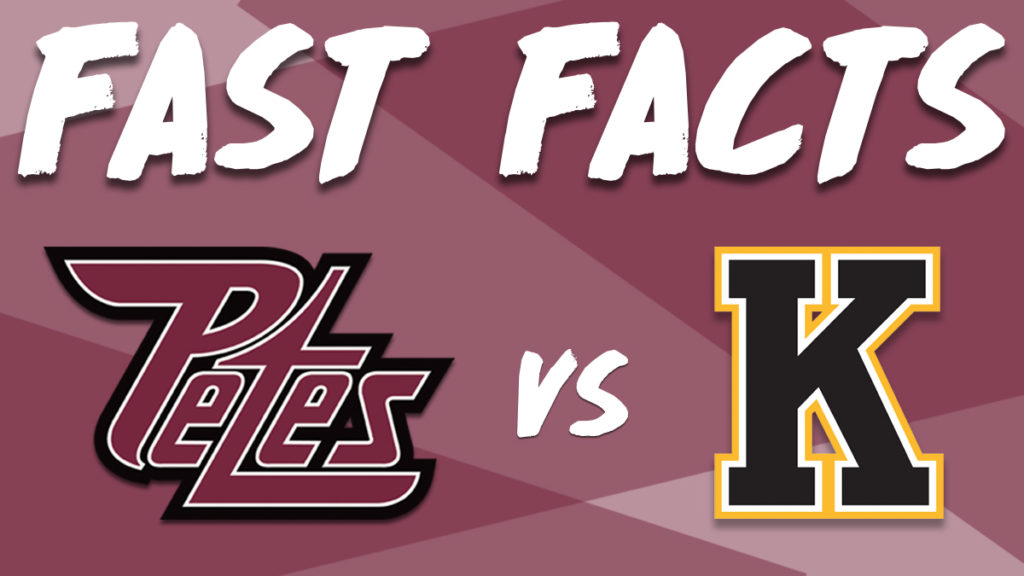 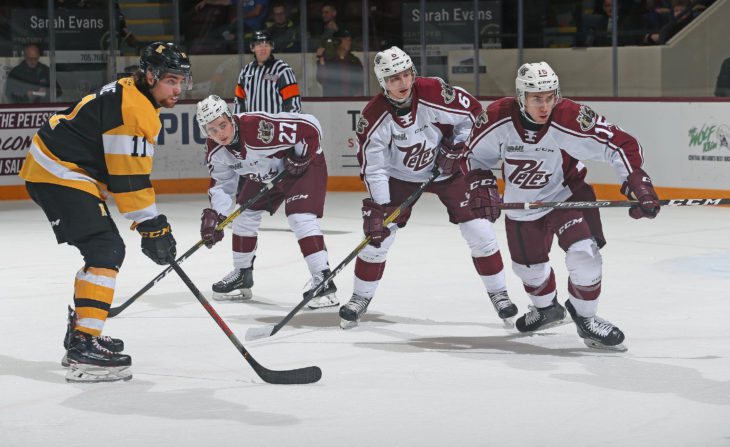 Brady Hinz has been Peterborough’s highest scorer against Kingston this season, recording 4 goals and 1 assist in back to back games against the Frontenacs earlier this month.

15-year-old rookie Shane Wright, who was the sixth player to be granted exceptional status by the CHL, makes his first appearance at the PMC. In his first season with the Frontenacs he is third in team scoring and sixth in league rookie scoring with 6 goals, 7 assists, and 13 points in 16 games. He’s also second in shots on net by rookies with 55 – 2 shots behind Mason McTavish.

With a point in Wednesday’s game against Hamilton, Mason McTavish now leads OHL rookies in scoring. He has registered 12 goals, 6 assists, and 18 points in 17 games.

Francesco Arcuri and Shane Wright are the only rookies in the OHL to score in the shootout this season.

Keegan McMullen and Tucker Robertson are fourth and fifth in rookie shooting percentage at 25.0% and 21.4%, respectively.

Former Pete Dustin Hutton has one point, an assist, against the Maroon and White since being acquired by the Frontenacs.