CLICK HERE for tickets to Thursday’s game against the Oshawa Generals! 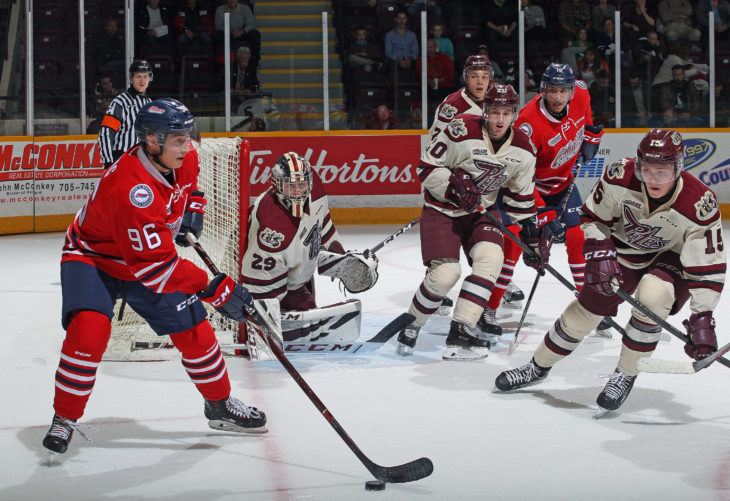 The Petes look to even their season series with the Gens. After winning their first match up of the season 2-1 just less than 3 weeks ago, Peterborough dropped the next two games 4-1.

Declan Chisholm leads the Petes against Oshawa this season with 1 goal and 2 assists, while Eric Henderson is the Gens’ top scorer against Peterborough with 2 goals and 2 assists.

The most shots Oshawa has taken in a game is 46, and it was in a 2-1 loss to Peterborough on October 12. The Petes took their fewest shots, 25, in the same game.

Off the ice, it’s Petes Plaid Night in support of United Way! Check out their silent auction in the north lobby and purchase your pucks for the second intermission chuck-a-puck – you could win a Toronto Marlies ticket package.

Keep an eye out for flying socks as tonight’s game sponsor, Mark’s, will be tossing socks into the crowd throughout the game! They’ll also give three fans the chance to win some cozy clothing in the first intermission ‘Get Outfitted’ race.