CLICK HERE for tickets to Tuesday’s game against the Kitchener Rangers! 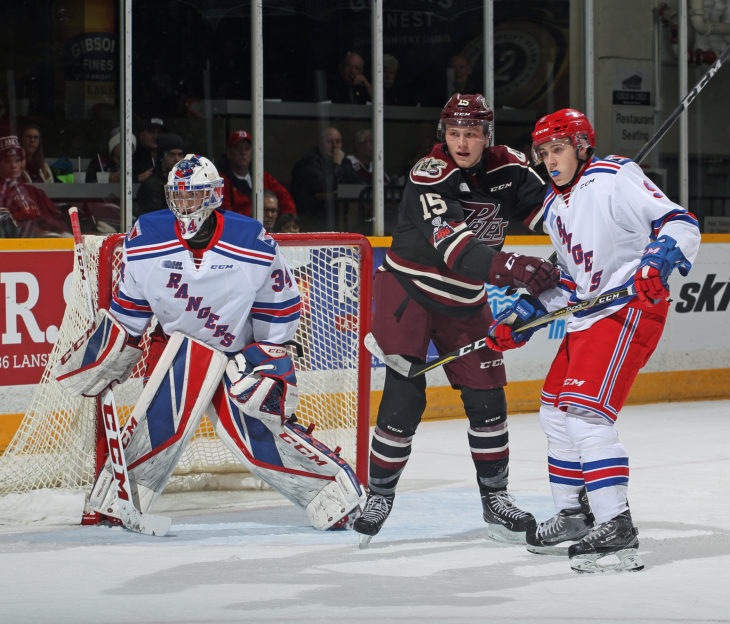 The Petes face off against the Kitchener Rangers for the first time this season, and the only time on home ice.

Among this year’s players, Nick Isaacson led the Petes against the Rangers last season with 1 goal and 1 assists in 1 game. On the opposing team, Joseph Garreffa led Kitchener against the Petes with 4 assists in 2 games played against Peterborough. Garreffa has the league’s fourth-longest assist streak this season, spanning six games.

The Petes have been victorious over the Rangers just once over the last five seasons; that win came on home ice in November, 2014.

Peterborough’s last loss came against a western conference opponent, while Kitchener’s last win was over an eastern conference club. Both teams are perfect when leading after the second period.

With 15 helpers on the season, Declan Chisholm has the league’s third-highest percentage of his team’s assists, at 18.3%. He’s had multiple points in 6 of 18 games.

Off the ice, it’s minor hockey night. The stands will be filled with Peterborough and area minor hockey players cheering on the mighty maroon and white!