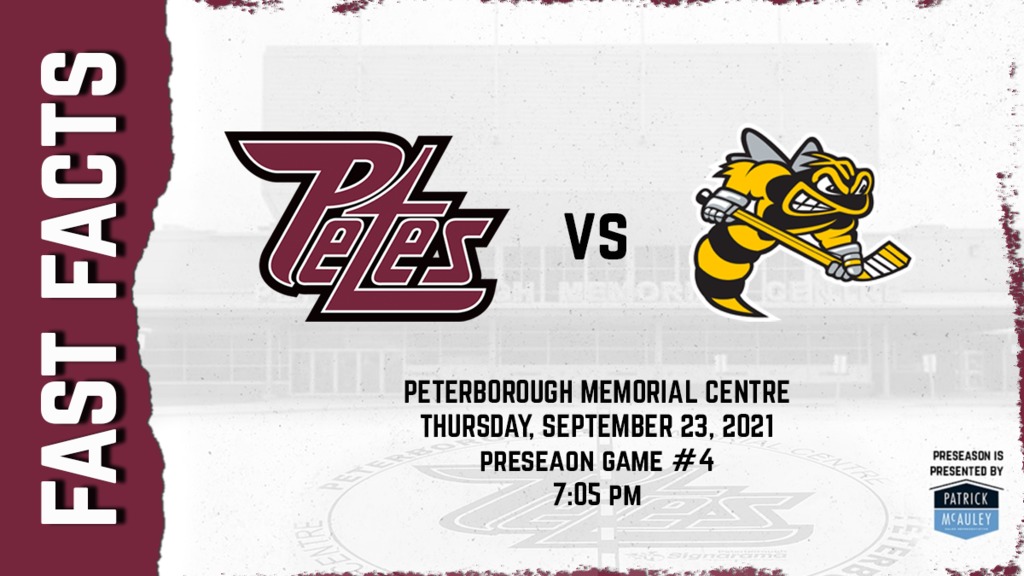 Use promo code GA15 when checking out to get a reduced ticket price!

Kallaway Mercer (2A), and rookies Sam Alfano (2A) and Justin DeZeote (2G) lead the team with two points each.

Sting’s Justin O’Donnell is tied for second in points across the OHL with three goals, three assists, and six points.

Stevie Leskovar, who committed to the team today, may make his OHL preseason debut.

Netminder Michael Simpson ranks 5th in the OHL with 40 saves.

Sting’s Max Namestnikov ranks 5th amongst rookies in the OHL with three assists.

Peterborough native and member of the Sting, Nolan Burke will be playing in front of friends and family.

Sarnia leads the entire OHL in penalty minutes with 55 while the Petes rank two spots behind with 40 PIMs. The difference in average PIM/game is .5 with Sarnia ahead 18.8 to 18.3.

Both clubs thrive shorthanded as each team has cleared 11 of 14 attempts when down a man, registering a 78.6% penalty kill success rate.