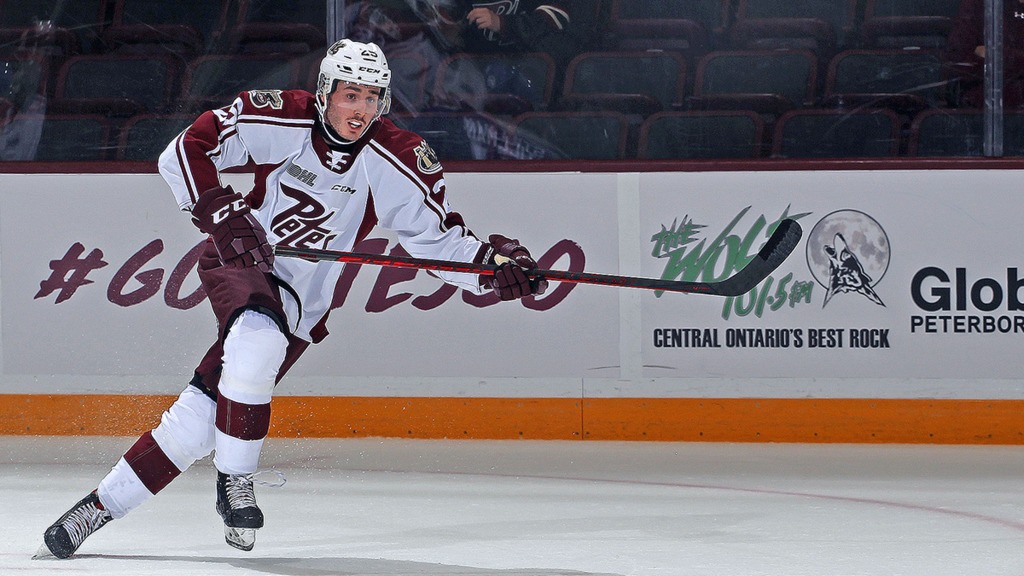 Oshawa Generals took advantage of three power play chances in the third period to edge a 6-3 win over the Petes on Sunday night. Justin DeZoete netted his first career OHL goal while Nick Lardis, and Emmett Sproule also found the back of the net.

The first period was stocked with tons of end-to-end action. Avon, DeZoete, and Robertson lead the way with several chances for the Petes, however, Generals netminder Patrick Leever stood the test and turned away every chance the Petes threw at him. The first period was also filled with several penalties for each team but neither powerplay could convert. The story of the first frame was goaltending, as Petes starer Michael Simpson held the fort against every scoring opportunity for the Generals. The first period ended with the Petes edging the Generals in shots, 12 to 8.

The Petes started off the second frame on the penalty kill, which was effectively controlled by the pair of Sproule and Robertson. However, in the last few seconds of the infraction, Oshawa Generals and Edmonton Oilers prospect Ty Tullio found the loose puck and managed to fire it past Simpson. The Generals proceeded to put pressure on the Petes early in the second, but Simpson stood his ground and kept the Petes in the game. Here was a spectacular save on a great opportunity for Generals’ defenceman, David Jesus:

SIMMER WITH THE SAVE OF THE YEAR 😱#GoPetesGo | @SIMPSON31_ pic.twitter.com/MAtF8KVRvE

.@NickLardis91 picks up his second of the year after he beats Leaver on a sharp angle shot! 🚨#GoPetesGo | #GameON pic.twitter.com/GLRm0FpPOn

The Petes continued the third period with momentum earned at the end of the second, as the majority of the possession was held in the Generals’ end of the ice for the first five minutes of the frame. Halfway through the third period, the Petes got into some penalty trouble and the Generals capitalized on their powerplays, scoring two powerplay goals 44 seconds apart courtesy of Ritchie and Ryan Stepien. The Petes fired back and added a pair of goals of their own, scored by Justin DeZoete and Emmett Sproule to cut the Generals’ lead 5-3.

You could say he shot the puck 𝙅𝙪𝙨𝙩𝙞𝙣 time 😉

Absolutely magical 🪄@Emmett9393 fires a one-timer from the slot to cut the Gens lead by two! Robertson picks up the assist!#GoPetesGo | #GameON pic.twitter.com/D56CGAE9Y2

The Petes fought hard throughout the game and seemed unphased by the fact they were playing the second game of a back-to-back. The final score was 6-3 for the Generals after they notched an empty-net goal.

The Petes will have the opportunity to get revenge this coming week as they host the Oshawa Generals on Thursday at the Peterborough Memorial Centre, before heading to Kingston to face the Frontenacs on Friday night.

Get your tickets to this Thursday’s game at the Grant Thornton Box Office: https://tickets.memorialcentre.ca/Online/default.asp