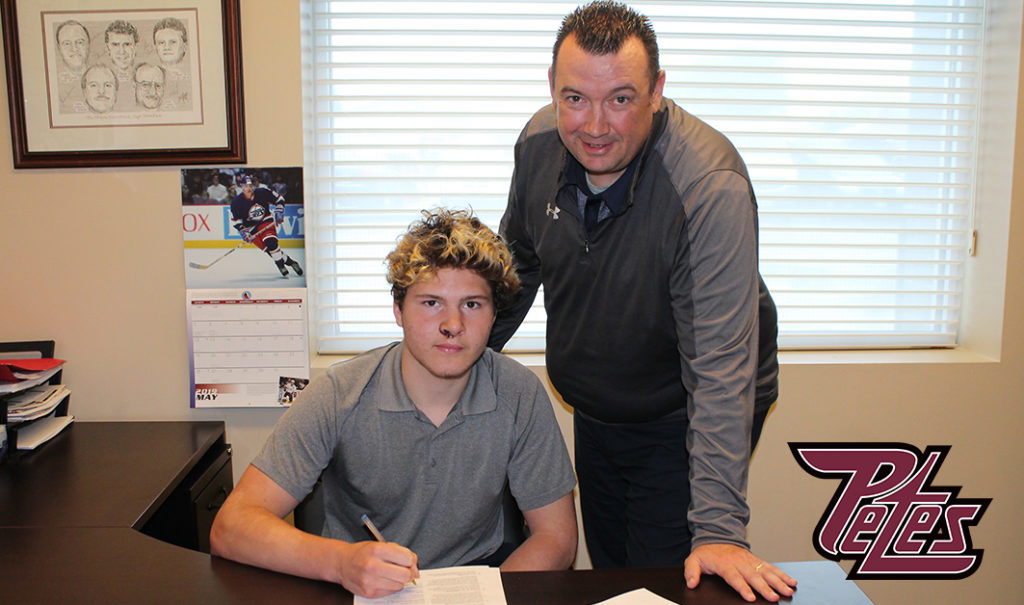 McTavish, a 5’11”, 194lbs centre, played for the Pembroke Midget AAA Lumber Kings during the 2018-19 season. In 41 games he recorded 47 goals, 32 assists, 79 points and 109 penalty minutes. His team advanced to the 2019 Central Region Telus Cup Championship where Mason enjoyed a strong tournament, tallying 5 goals, 3 assists, and 8 points in 4 games. The Carp, Ontario native was named the HEO Midget AAA Most Valuable Player, the OHL’s HEO Minor Midget Player of the Year, and earned the HEO’s Top Prospect Award after leading all players in goals and points. Mason was also a member of Team Ontario at the 2019 Canada Winter Games where he registered 2 goals, 2 assists, 4 points, and 16 penalty minutes in 6 games, and represented HEO at the 2019 OHL Gold Cup where he scored 1 goal in 4 games.

“We felt very fortunate to be able to select a player of Mason’s calibre at fifth overall,” commented Oke. “He is a skilled forward that has size and strength and is very competitive, and what most observers would say is the best shot among 2003-born players in Ontario.”

“As was the case with all OHL teams, we were well aware that Mason was a player in a unique situation, in that he had opportunities that others in his age group may not have had,” Oke continued. “We respect that Mason, his family, and his advisors took their time to evaluate those opportunities, and are excited that they agree Peterborough is the best place for Mason to develop as a hockey player, as a student, and as a person.”

“We have a tremendous team in place to ensure that our players can be successful: from Head Coach Rob Wilson, his assistants and full-time video coach, to our strength and conditioning experts – Josh, Broedie, and the staff at Hybrid FHP,” explained Oke. “With Brenley Shapiro working with our team collectively and individually on the mental aspects of the game, and support staff that ensure player safety and security and academic success, we are able to provide many benefits to these young men.”

“I am very excited and honoured to commit to the Peterborough Petes,” said McTavish. “It was a thorough journey to arrive at my decision. I strongly considered some unique opportunities in my birthplace of Switzerland and I thank those teams for their respected interest.” 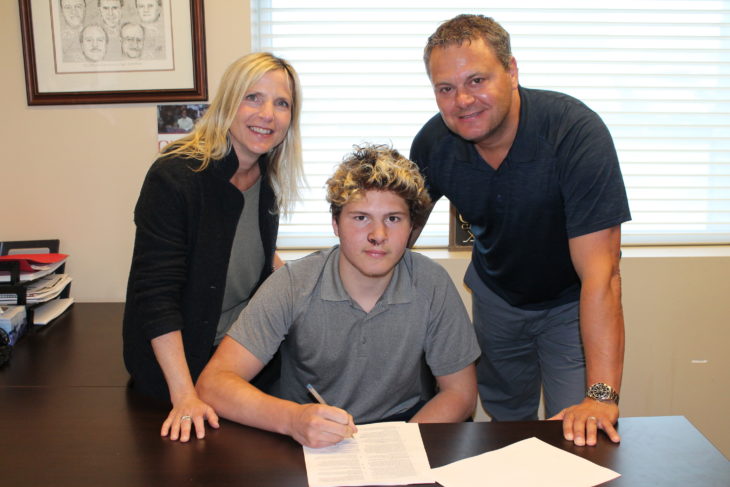 “Ultimately, a detailed presentation of General Manager Mike Oke and Coach Wilson’s development plan, along with Dave Pogue and the Board of Directors’ approach, led me to conclude that the City of Peterborough, the Petes, and the Ontario Hockey League is the only place to be,” McTavish added. “I can’t wait to meet my new teammates and get started!”

Mason is no stranger to the Maroon & White as his father, Dale, played for Peterborough from 1989 to 1993 and was a member of the 1993 OHL Championship Petes.