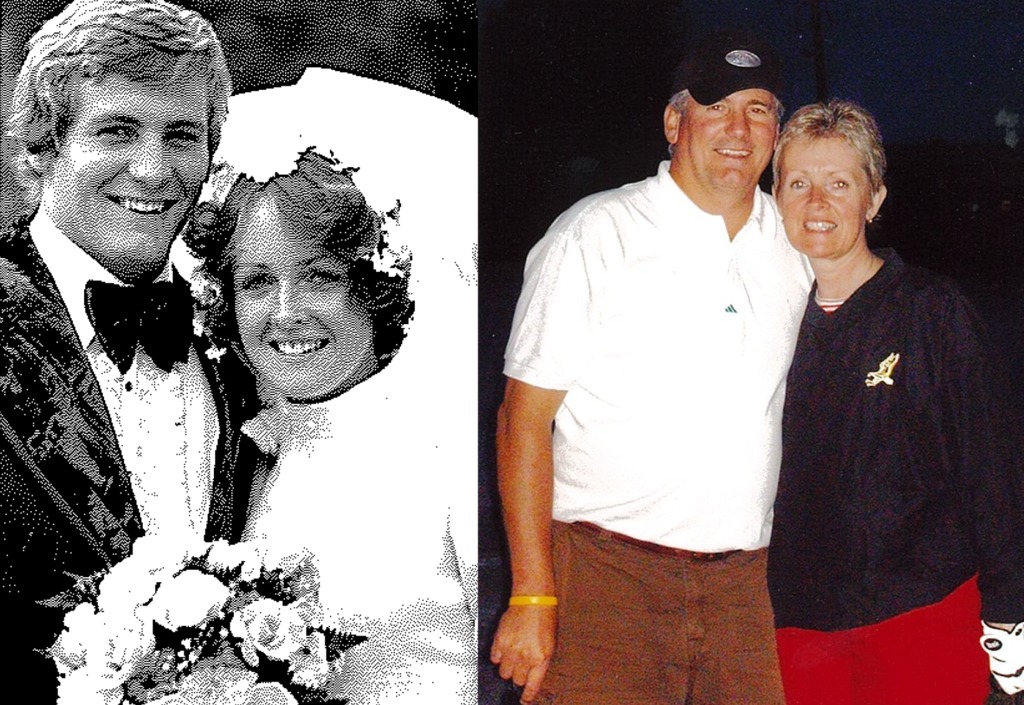 An uncanny number of Petes have met their significant, long-term partners while playing junior hockey in the Lift Lock City. Falling under this generalization are Peterborough natives Doug and Holly Gibson. In speaking the two exude humility, highlight each other’s strengths, and have an undeniable bond that any bystander could identify.

“We both went to Adam Scott. I was the only player, back then all the players went back to PCVS. We had initially had a couple of classes together in grade twelve and then in grade thirteen. When you go your first day and walk into your classroom, I guess fate would have it, I sat behind Holly and we just started to communicate and whenever I had to miss a class she would give me her notes so I could get caught up and it just went from there.” 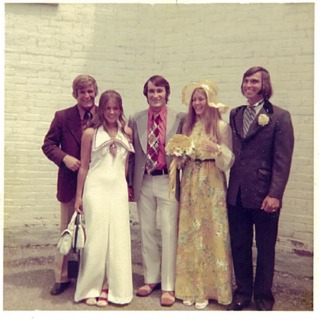 The two began hanging out more seriously after Doug was inspired by his biology teacher, Mr. Ives. who shared his ‘carpe diem’ mentality.

This sounds corny, but that year in grade thirteen we had never been out or anything because, like I mentioned, we each had another friend. I walked into biology class one day and my teacher, Mr. Ives, he was down in the dumps and we sat down and he said he just lost a friend he had gone to school with at a very young age. It happened to be the Thursday of the US Thanksgiving, the football games were on, and I had talked to Holly about maybe going over. And he said, “It just goes to show me if you want to do something you should do it. Don’t have regrets afterward.” So I picked up my books went down to my locker and walked over to Holly’s house.

Holly followed up announcing, “We always celebrate American Thanksgiving because that was our first date.” The duo agreed that an influx of Petes found their lifetime partners while dawning the maroon and white, agreeing that high school are players’ formative years and that Peterborough was where the majority of their teammates grew up.

From here the rest is history. Doug and Holly’s relationship would go on and face the test of distance and time, in an era when social media was non-existent. Holly pursued her degree in physical education in London, Ontario and Doug continued on to his final year with the Petes.

“Colin Campbell lived in Tillsonburg, so whenever we would get a weekend off I would jump in the car with Colin and he would drop me off at the 401 at Wellington and I would take a cab in for Western,” Doug recalled. “Then I would take a cab back out there and Colin would pick me up and we would go to practice.”

He followed up stating, “It’s funny what you do to improvise to stay 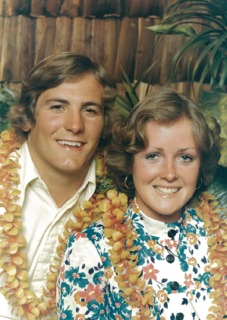 together and stay in touch.”

After his final year in Peterborough, Doug went on to play his initial season with the AHL’s Boston Braves, while Holly stayed at home. The two united in marriage in 1974 with plenty of Petes in attendance at the wedding, including Doug’s brother-in-law, Craig Ramsay, serving as a groomsman.

After Boston, Doug played with the Rochester Americans for three seasons with a stop in between with the Bruins, then dressed for the Hershey Bears from 1977-1980 and took on the role as Head Coach in his final season. The Gibsons zipped overseas to Germany in his final years as Doug played for the Riessersee SC before retiring.

Doug highlighted the challenges that a couple can be confronted when chasing a career as a professional athlete, “It can be very unsettling for a couple, at least in my case: I would go to training camp, I had no idea where I was going to be, of course you’re trying to make the NHL. It could be six weeks before I knew where I was going to be.” 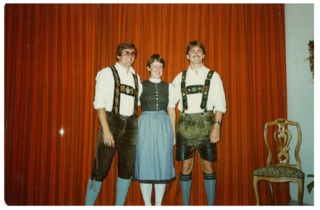 Although the ‘pick up and move’ routine of professional hockey can prove stressful, the two admit that it also provided a rare opportunity to explore Europe and connect that to their family and friends.

“One of the best things for us as a hockey family was going to Europe. Frightening as it was to go to Germany, off the plane we saw people walking around with guns and we were thinking ‘What are we doing with these two babies?’ The experience we had and exposing all our family and friends to that and taking them to sights – we would never have had that opportunity if it not had been for hockey, so it really opened our eyes so it was great.” 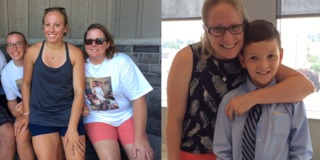 Holly caps the conversation declaring that Doug, “is the love of my life, through thick and thin,” a sentiment reiterated by her husband through head nods. The pair will celebrate their 45th wedding anniversary this November and attribute a continuous swapping of taking charge or a backseat to their success in long-term love.