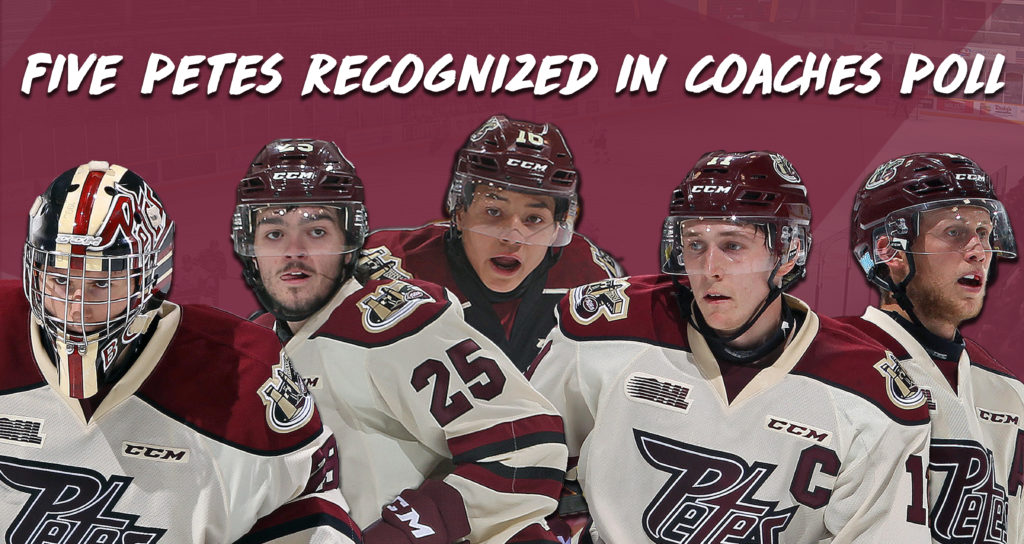 Results from the 2018-19 OHL Coaches Poll were released on Wednesday afternoon, with five Petes players earning recognition from Eastern Conference coaches. Zach Gallant and Ryan Merkley were two of eight players to appear in two categories.

Peterborough players were recognized in the Eastern Conference as follows:

The Coaches Poll is tabulated when each team submits one nominee per category, and coaches then vote for the top three players for each category within their conference.  Players receive five points for a first place vote, three points for a second place vote, and one point for a third place vote.  Clubs are not permitted to vote for players from their own team allowing for a maximum of 45 possible points for each winner.

Playoff tickets are on sale now and are available through the Baker Tilly Box Office in person, over the phone at (705) 743-3561, and online.

Petes Season Ticket Members are reminded that tickets for home games one and two (series games three and four) are included in their season ticket package. They are encouraged to pre-authorize payment for subsequent games and rounds through the playoff pre-authorization process. Season ticket members should contact Mike Kosciesza at (705) 743-3681 ext. 263 or by email with any questions regarding pre-authorization.