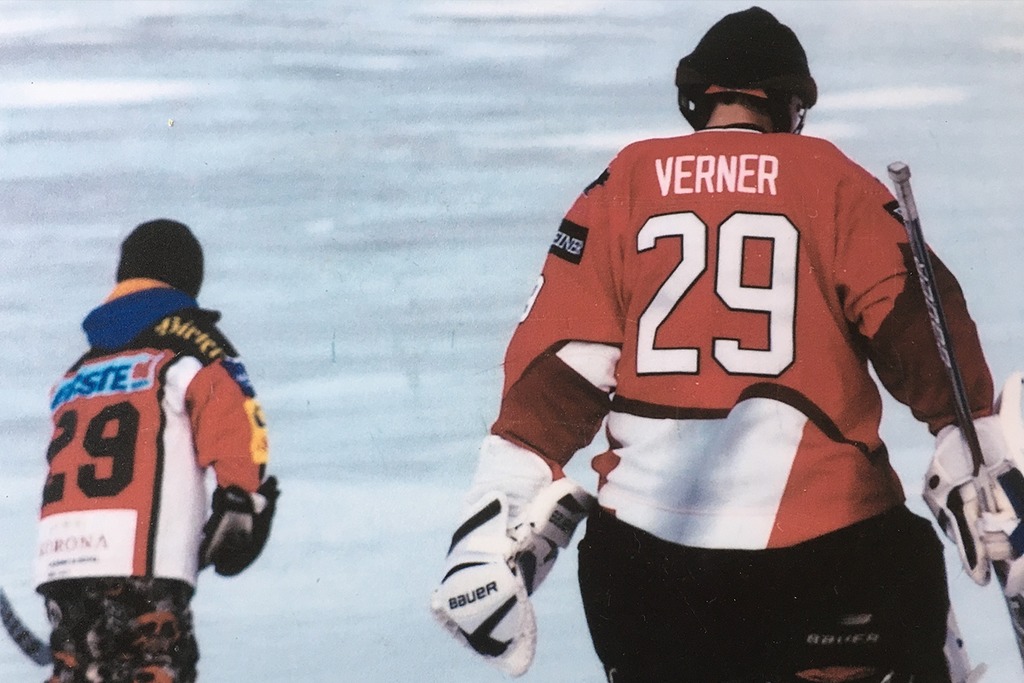 The Petes’ 2019-20 roster was composed of an influx of players who share ties deeply connected to players who donned the maroon and white before them. In a three part series we will look at the familial relationships connecting the current team with Petes of the past.

There are few Petes more recognizable in the Peterborough minor hockey scene than Associate Coach,Andrew Verner. More commonly referred to as Verns, the Petes alumnus is notorious for spending his days immersed in the pit of the Petes office and his evenings in minor hockey arenas throughout the Kawarthas. 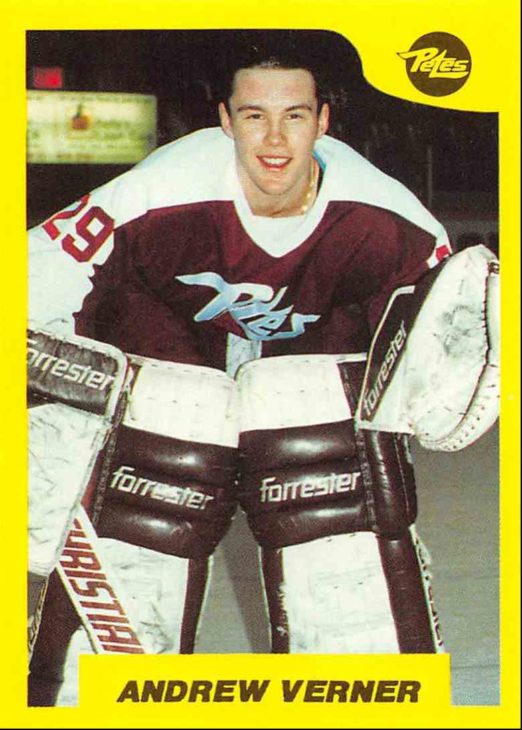 Andrew’s roots in Peterborough were planted from 1989-92 when the Toronto native manned the crease for the Petes across three seasons. Verner played among rosters with legendary Petes including Mike Ricci, Jason Dawe, and Chris Pronger.

Following his time in Peterborough, Andrew spent three years with the AHL’s Cape Breton Oilers, and a tenured career playing professional hockey across Germany and Austria. He would eventually retire from his time between the posts with the Sheffield Steelers of the EIHL, in 2010.

Verns would eventually return to the Electric City full-time in the summer of 2010, and to his junior hockey team with the purpose of developing goaltenders two years later. Since 2012, Andrew has grown in his role with the Petes, graduating from Goalie Coach, to Assistant Coach, now holding the title of Associate Coach. 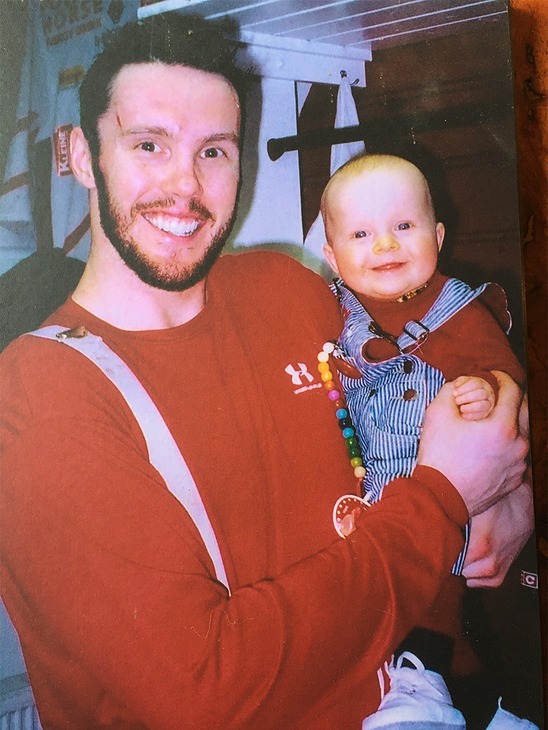 However, his connection to the maroon and white doesn’t end there. Last spring the Petes selected the Verners’ youngest child, Jacob, in the thirteenth round of the 2019 OHL Priority Selection.

In describing the day’s emotion, Andrew commented on his desire for distance.

“I didn’t want to be around it too, too much. I was obviously there because we had to draft a goalie.”

In comparison to previous drafts, the reality of adolescent nerves peeked its way into Verns’ day as Jacob awaited his name to be called.

“When we called him and said he had been drafted, he got down there as quick as he could for the experience. He obviously followed it online like every midget kids does.”

The defenceman characterized the excitement of the Petes selection, much like any hometown kid would.

“It was obviously something special, an epic feeling.”

Much like any child raised by parents who double as professional athletes, Jacob became familiar with the customs of elite hockey.

“I wouldn’t say he was around the rink a ton when we were in Austria, but he was at the game so he got that atmosphere, it desensitizes them a little bit. I think it just becomes normal, when you’re around that stuff,” explained Andrew.

In contrast, the recent Petes pick recalls the times hockey was made a little bit more special because of his relationship with the guy in net.

“I remember when I was four years old, it was a shootout I think, over in Europe. We won, and the crowd went crazy and thinking, ‘hey that’s my dad.’”

Although Andrew remains a prominent coaching figure in the city, when it comes to Jacob’s hockey teams he prefers to maintain the role of father.

As a @AAAMinorPetes graduate and son of a Petes alumnus, maroon and white is in @Jacob_verner_29‘s veins.

Similar to another Petes AAA grad, @LoganDeNoble97, he was drafted in the 13th round.

“Parent coaches aren’t a great situation. I never coached him in hockey on purpose. Optically, either you think you have to be too hard on him or too soft on him. I was around those teams with the goalies, but I was never registered on any of those teams,” confirmed Verns.

The Associate Petes Coach does admit that depending on Jacob’s future with the maroon and white, a set of rules for around the rink will likely be set out.

As for the best advice Jacob absorbed from his father, it can be defined as concise, practical and partially driven out of parental instinct.

“At a young age, he always told me to keep my head up. My first shift in my first year playing elite spring hockey, I got cranked by this 6’1’ guy and I was in minor peewee so I was 5’7,” explained Jacob. 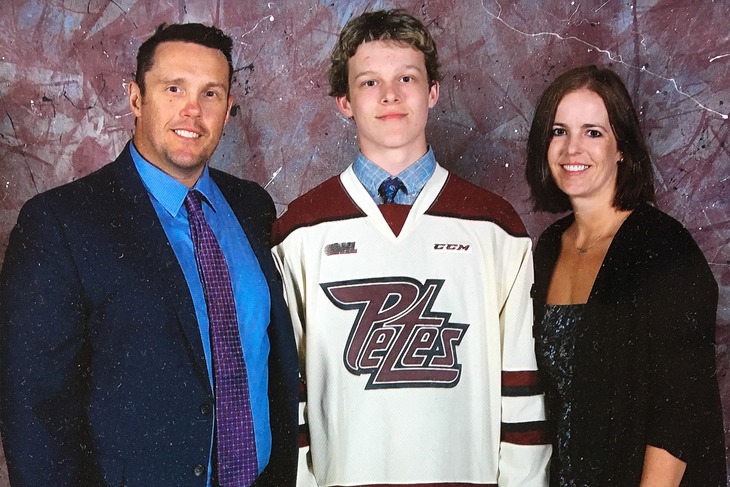 Between summers at CHE and countless hours spent at the Memorial Centre, Kinsmen and Evinrude arenas, Andrew has planted himself as a staple in the Peterborough hockey community. He has set an excellent example for his son, a player the Petes are eager to develop and watch carve out a path of his own.