From student to teacher: Greg Millen 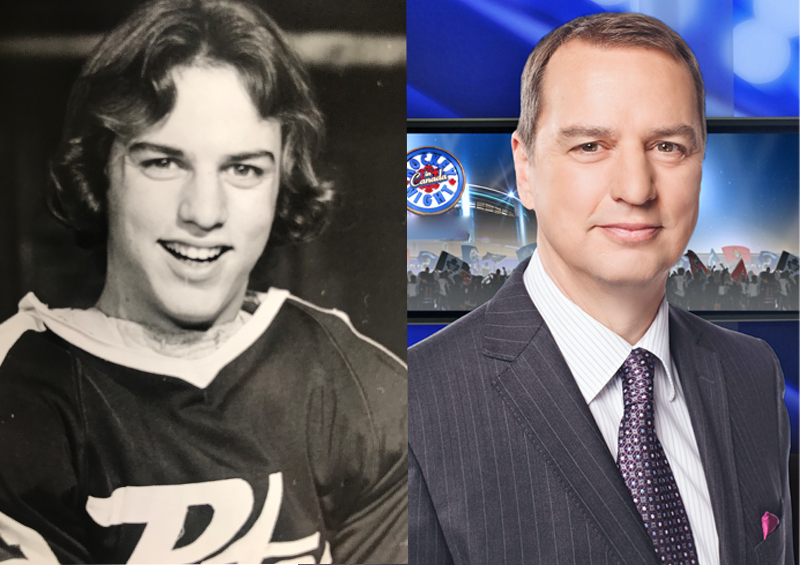 Greg Millen has become synonymous with the Toronto Maple Leafs. Most people know him for his storytelling on a game night or as an instructor at Fleming College however before becoming a sports media mogul and educator he was a Peterborough Pete and disciple of Roger Neilson.

The goalie who almost never was

After standing between the pipes for the Petes across three seasons, Millen spent the fall of 1977 hanging around the International Hockey League’s Kalamazoo Wings. Unable to pen a deal with the Michigan franchise, the Toronto native enrolled at Guelph University preparing to step away from hockey and into academia. The intervention of Petes Head Coach Gary Green gave Millen the chance to wrap up his time junior hockey career with a legendary Saul St. Marie roster; an opportunity he almost passed up.

“At that point I wasn’t even going to go. My father talked me into it and said ‘why don’t’ you just go up there and have some fun?’ That’s when I really discovered the importance of enjoying the game in a different way.”

“Luckily for me I had a guy by the name of Wayne Gretzky playing for  the Greyhounds. We had carnival houses every night because of Wayne.”

The following year marked Millen’s inaugural season in the NHL- something he couldn’t have predicted the previous fall. 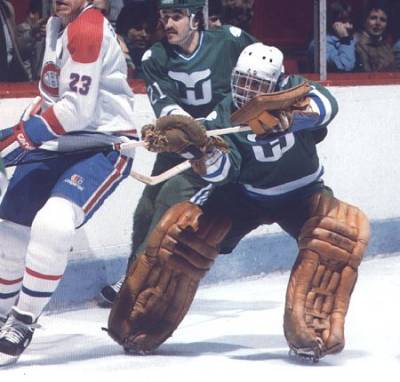 “Oddly enough I went from being out of hockey to playing for the Pittsburgh Penguins the next year for 28 games in my first year pro.”

The Petes alumnus spent three seasons with the Penguins, four with the Hartford Whalers, six with the St. Louis Blues, one with the Quebec Nordiques, two in Chicago, capping his time in the crease with the Detroit Red Wings.

Like most Petes alumni, Millen credits his early understanding of character and the formation of his own moral compass to legend Roger Neilson.

“I think the major thing for Roger is that he was a father figure to all of us and you know we all worked at the hockey school in the summer. He taught us discipline, we had to make our bed before we went to hockey school or he would rip into us”

Millen highlights Neilson’s obsessive attention to detail, stating that every hockey school drill was required to be 7.5 minutes – not a second longer – or the instructors could expect “heck” later. He additionally remarks that many of our hockey favourites in coaching, management or on television were all at one point directly influenced by Roger. In identifying the spark that drew the masses to Neilson, Millen quickly points out his former coach’s humanity.

He was a teacher but a teacher in life, not a teacher in hockey. Hockey was the bonus. Anybody who came across Roger and throughout his time would say the same thing, he had an incredible sense of humanity to him. He cared about people and that’s why he was so successful. To this day at times we have lost humanity in our game, and these days we remember it is the most important thing of any coach. The wins and losses are one thing, but you are dealing with young people who are very much influenced in a positive way more about life than hockey.

Neilson’s known adoration for education and requirement for his players to either attend school or work while playing for the maroon and white, resonated with Millen. The former goalie returned to school five years ago at the University of Guelph and completed his masters in leadership.

“It was something I wanted to do, circling back to Roger’s influence.”

Now on the other side of the classroom, Millen teaches 100 students at Fleming College, and works closely with Western University’s Ivey School of Business doing extensive research on character development. He built his own consulting firm “Millen Leadership,” offering seminars and interactive workshops that work to shift leaderships and corporations behaviour so that they can align with their values, character virtues and competences.

“The response from students has been spectacular, the rewarding part is when you get that one letter from a student who you might have helped somebody or influenced somebody in a positive way, that’s why you do it that’s why you teach.”

Millen doesn’t have anything he would rather teach, than that of what Roger Neilson taught him: character.

Thought a little Canadian snow ball action would be good for many of my international students first experience with 🇨🇦winter. Put this under the humanity column in my leadership teaching! #flemingcollege #leadership #millenleadership ↖️bio millenleadership pic.twitter.com/AS2UszNZYv

Beyond his broadcasts at the Scotiabank Arena, the former Pete has also called games at the Olympics and for the Ottawa Senators. Millen’s initial entrance into the world of broadcasting began at the nation’s capital via fellow Petes alumnus Bob Gainey.

“I worked for Bob as a goalie coach, as I started my broadcasting career in Ottawa, so I had two jobs coming out from hockey.”

Millen giggles as he reflects upon Gainey’s guidance. In addition to a shove from Gainey, Millen’s prep for broadcast came from practice in the stands when he wasn’t playing and an audition tape put together by Lisa Seltzer from the Chicago Blackhawks. 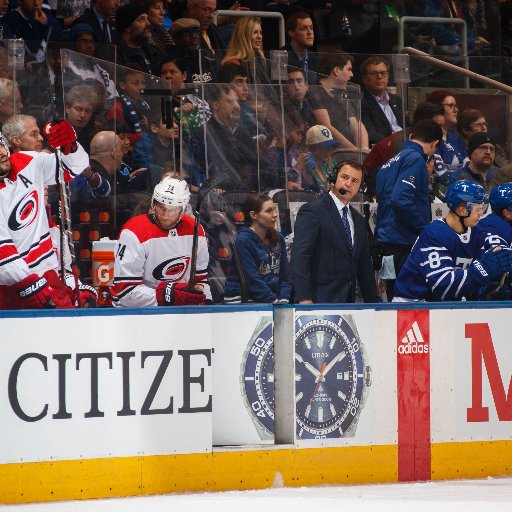 Throughout his television career Millen leaned on legendary Canadian Sportscaster John Shannon as a work mentor.

“He was an executive or even at that point a producer and he told me I should think about doing television so I had to focus.”

Millen spent 11 years with the Senators before becoming the colour commentator for the Toronto Maple Leafs alongside Joe Bowen. He maintains that regardless of the team he was with, the opportunity to be involved with the sport he was raised on will always be a blessing.

“I’ve been very very fortunate to cover all the things in our game. Each and every one of them are different but special in our own way.”

In addition to being the voice of the Leafs Millen has decided to actively extend the legacy of Petes legend and his mentor Roger Neilson by injecting a curriculum focused on character into the business world and post secondary education. He continues to do the work that helped shape his career by providing opportunities for those early in theirs.