From the Patch to the Island: John Brioux 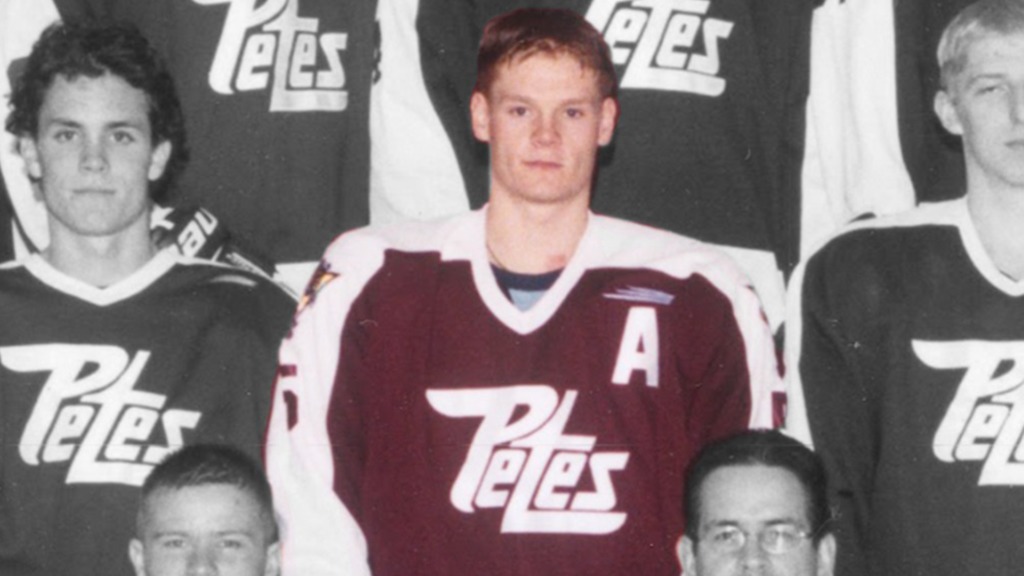 “My proudest moment was probably the day I was called to the office when Brian Drumm and Jeff Twohey told me they were going to sign me for the year. All my hard work paid off and going into the season, sometimes as a later pick you have those doubts.”

Petes alumnus, John Brioux recalls the afternoon when his junior career donning maroon and white was cemented. Although Brioux had his initial sights capped at being a local, small-town star in juvenile hockey, the Ennismore native played for the Petes across four seasons from 1997 until 2001.

“I started my minor hockey in Ennismore and it was great. I loved playing with all of my friends and I looked up to my uncle who played in Ennismore at the same time. At the end of the day I basically just wanted to play juvenile hockey, because that’s what they all played and they were basically celebrities in town.”

His accidental overachievement replaced his childhood awe of the Petes, a feeling that developed as he watched some of the organization’s marquee players develop into hockey’s greatest superstars while playing in the Patch.

“It was so exciting. I remember as a kid when I was in minor hockey I would go with my buddy Chris and they would billet Petes at the time like Jamie Langenbrunner and Pronger. Thursday going to Petes games was the thing to do, and if you got to go to the games, they were so much fun.”

“At that time the players all started on the goal line during the pre-game ceremony and I envisioned it. It was so cool and I was hoping someday I would do that.”

While with the Petes, Brioux took advantage of his local home address and lived with his parents during his junior hockey career, which provided some necessary balance to the entire experience.

Across his 264 games with the Petes, Brioux collected 138 points and developed special friendships with guys like Adam Dewan, Mark Phibbs, Preston Mizzi, and Kurtis Foster whose wedding party he was a member of.  Additionally, Brioux became strong pals with Pete Kris MacPhee, who eventually drew him to University of Prince Edward Island, following his time at the Memorial Centre.

“He was the big reason that I moved to Prince Edward Island to play for the Panthers, we spent a lot of time together.” 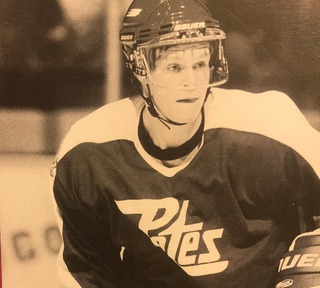 “You think of such a small town moving to such a small province, and we were all able to play three years together. UPEI was a lot of fun, it was great. To be able to spend the tie with kids you grew up with, made it extra special.”

“I caught wind that Frank Sinacori was coming so he came in the second year and following that Frank’s really good friends with Chris and Derrick and Dave and myself, so once I knew that one of them was coming, I knew that the other two were likely following suit, but it was all kind of a fluke.”

During his time as a Panther, the Petes alumnus put up 59 points.

Although Brioux remains extremely proud of his Ennismore roots, two decades spent on PEI has officially provided him with the title of “Islander.”

“I moved out in 2001 and I think my mom and family wanted to move home, but the Island girls have a certain thing on you, you’re basically staying.”

During his time at UPEI, Brioux met his now wife, Tracey Gairns and the two have built a life with their four children, Cole, Evelyn, Stella, and Luke  in Charlottetown ever since.

“When I moved here it didn’t feel like I was far away from home, it’s very rural, it’s very much like Ennismore, and Charlottetown is very much like Peterborough where everyone knows everybody. The adjustment to moving wasn’t that big of a deal for me but I miss my family a lot, that’s for sure.”

Much like his Ennismore teammates who have all pursued careers in education, today Brioux is a grade nine math teacher at Birchwood Junior High School. In the evening much like his adolescence, Brioux’s winter nights are spent at the rink as he coaches each one of his children’s hockey teams.