From the Rink to the Runway: Cam Lizotte 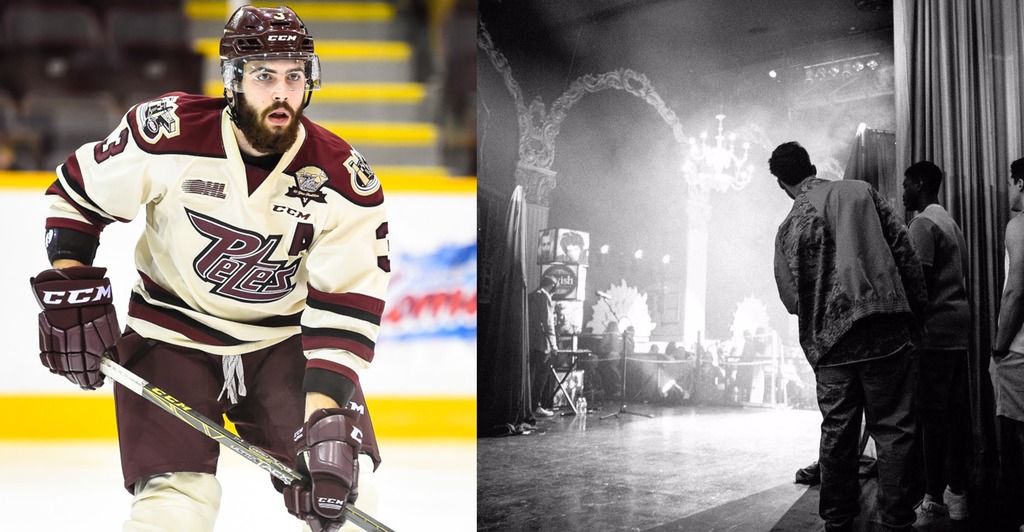 The intersection of fashion and sport is continuously growing, as athletes’ attire has woven its way into broadcasters’ pre-game banter, and athletic brands have dictated main stream trends. The crossover between athletics and art is where Petes alumnus Cam Lizotte thrives.

Raised in Sudbury, Ontario Lizotte grew up playing for the AAA Nickel City Sons, dreaming like most hockey enthusiasts of one day playing in the OHL.

“I watched the Wolves at the time and that was a big thing for me, it was very motivating,” explained Cam.

Lizotte was drafted 25th overall in the 2013 OHL Priority Selection to the maroon and white. The 6’2” rearguard packed a punch, as his hits continuously made the highlight reel for the Petes. Like many who were on the Petes 2013-14 roster, the comeback playoff series against the Frontenacs in his rookie season reigns as Lizotte’s greatest memory.

“Winning four straight against Kingston in my first year, that was a really cool moment.”

In addition to the on ice action, Cam recalls the community events that determined a large portion of his time while donning the maroon and white.

“The Petes were so good at doing so many events in the community, and working with kids. It was neat to be the face of a role model, it was surreal,” explained Lizotte. “I really do appreciate all the off ice stuff we did, like with the Kawartha Komets, I enjoyed it so much.”

The defenceman spent two and a half seasons with the Petes before joining the Barrie Colts halfway through the 2015-16 season. He would end his OHL career in Erie, earning a spot in the Memorial Cup final alongside players like Taylor Raddysh and Dylan Strome. 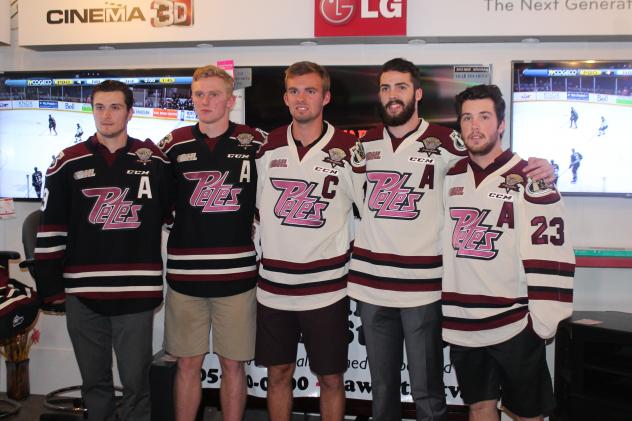 “The whole experience was incredible. It was a crazy ride, I played with so many great players already half of the team was in the NHL or almost. It was incredible hockey, to make it that far with your brothers and fight that long and see the journey. It was one to remember and tough on the body.”

Lizotte stepped away from hockey and opted out of playing in his overage season to rehabilitate his shoulder and pursue his second passion: fashion. The desire to design clothing originated while playing for the Petes in grade eleven, and out of the search for an alternate plan to hockey.

“I took a class called ‘World of Fashion’ and at the time I didn’t know what I wanted as a ‘plan b’ but I knew I needed one; I’m not the most skilled player. I wasn’t into math or science and I’ve always envied artists. I’ve always loved creating thoughts to reality and having no limits, and I knew I wanted to be an artist,” described Cameron.

From there, the Petes alumnus focused his high school work load largely on art courses. This is where he discovered sewing.

“I made a hoodie for my first exam, and my teammates were like where did you buy it? I don’t normally get that when I buy something from the store.”

After the initial approval from his teammates, Lizotte purchased a sewing machine and made clothing after practice, bringing the items in to the rink, to sell to the guys. He continued to hustle and create pieces for players, using word of mouth and leveraging his Instagram page to grow his market. Cam faced criticism from players of other teams but saw it as a sign that his grassroots marketing was working.

“Guys around the league started making jokes on the ice, I was supposed to be the tough guy right? Guys would make jokes about my sewing or my clothing, but in my head I was just excited word was getting around.”

Where there was skepticism, Cam was also met with encouragement from his fans. 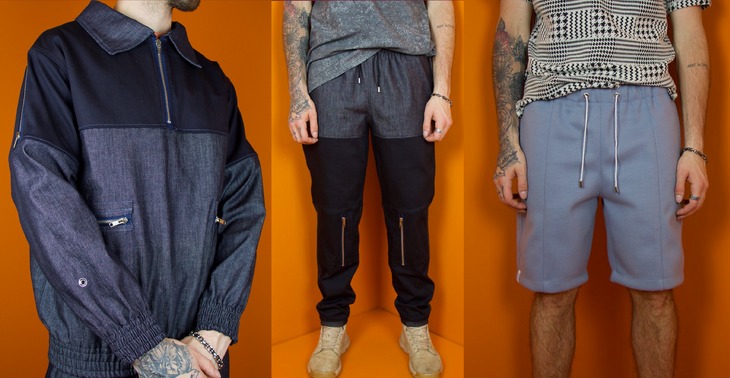 Lizotte leaned on the work of guys like Sean Avery, who doubles as an on-ice enforcer and appeared in GQ, as his personal motivation.

Following his hockey career and shoulder surgery, Cameron attended the Fashion, Design and Arts program at LaSalle College, but discovered the pace of the school stunted his already refined skills. Lizotte left the school after a year when they refused to bump him ahead.

“I tried to ask them to move me up to third year. I was just so far ahead, people beside me didn’t know how to sew and I already had my brand established. I decided to leave and its been a great decision.”

Cam now runs the street wear label COĪN. The apparel company creates one-of-a-kind items of contemporary and urban inspiration with the mission that, “if you have something from COĪN you are the only one in the world wearing it.”

The Petes alumnus assesses fashion as a piece of art rather than a means of branding.

“I’m just trying to keep fashion in line where people are buying it not because of the name.”

His one-garment approach uniquely reduces the often intense carbon footprint left from brands who pride themselves on mass-production, something he believes his consumer desires. Beyond the luxury driven, environmentally conscious purchaser, COĪN has attracted the attention of musicians such as Elijah Woods and Jamie Fine, a demographic he is particularly inspired by.

“I always try to connect with bands and musicians, I like to do stage outfits because they are one of a kind. My goal would be to go on tour with an artist making their outfits for the shows. To travel on tour and make their outfits for every city,” exclaimed Lizotte.

On his path to further artistic success, Cam cites his fashion show focused around his spring collection as his biggest accomplishment thus far.

“It was awesome to show how diverse Sudbury can be. It was nice to bring it to the spotlight and have hockey dads there and see how much they loved it.”

The event saw 400 people in attendance.

Similar to his relentless effort while playing hockey, Lizotte is prepared to do what it takes to make his brand COĪN successful. His decision to take a risk and pursue his dream while remaining uniquely authentic to himself and roots should serve as inspiration to all.