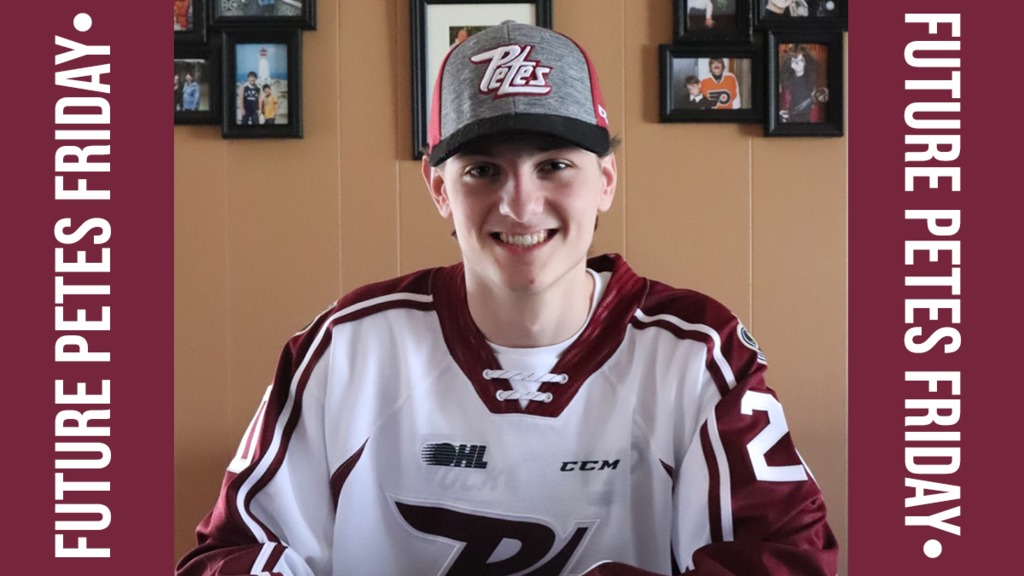 In a typical season, Petes fans would have already become familiar with each first-year player’s personality, skills and style of play. Despite being unable to catch the highly-touted prospects’ on-ice skills at the Memorial Centre yet this year, fans can have the opportunity to get to know the newest members of the maroon and white by checking out the video series, Future Petes Friday. This week, the Petes talk to Sam Alfano, who shares insight on his path through hockey and eagerness to return to the ice.

A quick recap on Alfano

Petes General Manager Mike Oke selected Alfano in the 2nd round, 23rd overall in the 2020 OHL Priority Selection. As captain of the Southern Tier Minor Midget AAA Admirals, he registered 36 goals, 27 assists, and 63 points in 32 games. The 6’3”, 180lbs Cayuga native was named OMHA SCTA Player of the Year after leading the league in goals.

Alfano gives a message to fans