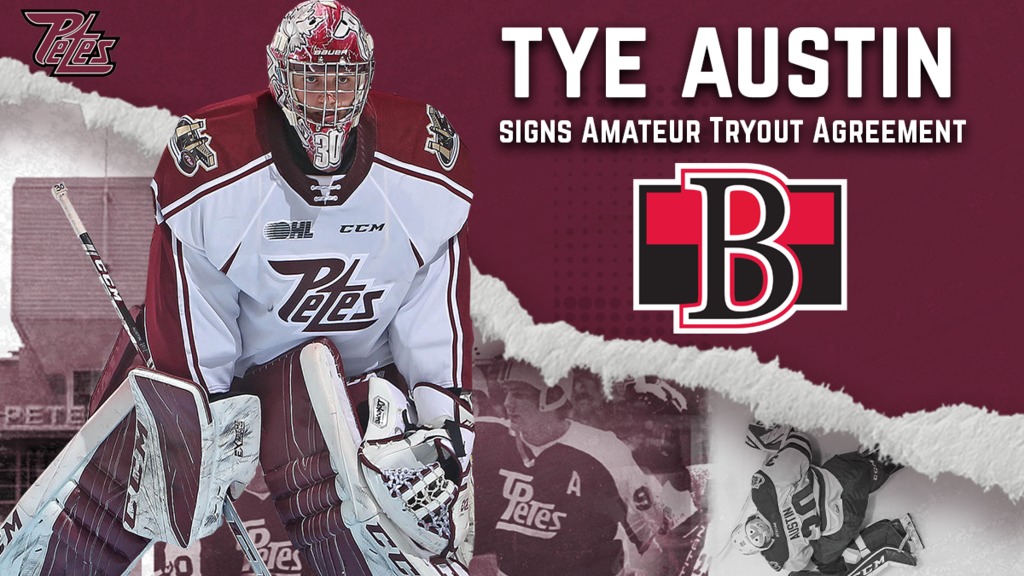 “Especially during this long, extended off-season, I’ve been working really hard. I’m really excited to put all that work into practice with Belleville and take advantage of the opportunity and work hard and get noticed out there,” says Austin.

The Petes’ netminder maintains an overall record of 11-14-0-1 with a .875 save percentage in 36 games since being drafted 43rd overall in the 2018 Priority Selection. The Pembroke native won his first OHL game on November 25, 2018, when he made 29 saves for the Petes to beat the Hamilton Bulldogs, 6-3. The 6’5”, 200 lbs goaltender attended Hockey Canada’s 2018 Under-17 National Development Camp in Calgary, Alberta.

He is the first Pete to sign an ATO since former netminder Dylan Wells signed with ECHL’s Wichita Thunder on April 2, 2018.

Austin will return to Peterborough when the OHL season commences.