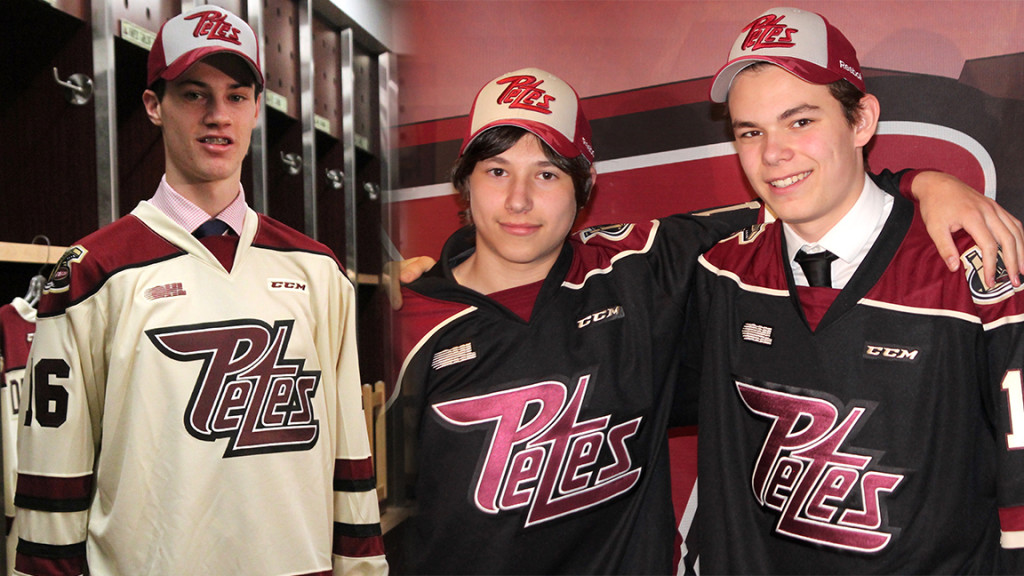 At a press conference in the Pat Casey Alumni Room on Tuesday afternoon, Petes General Manager Mike Oke announced that the team has signed each of its top three picks in the 2016 OHL Priority Selection – including Pavel Gogolev, Declan Chisholm, and Semyon Der-Arguchintsev – to standard player agreements.

The 2000-born prospects are each highly regarded prospects. Gogolev (1st round, 8th overall) and Der-Arguchintsev (2nd round, 27th overall) played for the CIH Academy White program in 2015/16, and were the top scorers in the HEO Midget AAA league. Chisholm (2nd round, 24th overall), was a leader on his Don Mills Flyers minor midget AAA team, and has also competed at the GTHL Top Prospects Game, the OHL Cup, OHL Gold Cup, and 2016 Youth Olympics.

“It gives me a great deal of pleasure to announce that Pavel, Declan, and Semyon have committed to playing in the OHL for the Petes,” added Oke. “Each of these prospects possesses a high degree of skill, work ethic, and respect for the game, and should be valuable contributors for the Petes for several years.”

Fans can meet Pavel, Declan, and Semyon at the Petes’ 2016 Training Camp from August 30 to September 3, 2016, with the exhibition schedule kicking off on Sunday, September 4 at 2:05pm against the Oshawa Generals. Season Tickets and Flex Packs are still available for the upcoming season.