How to Watch the NHL Draft 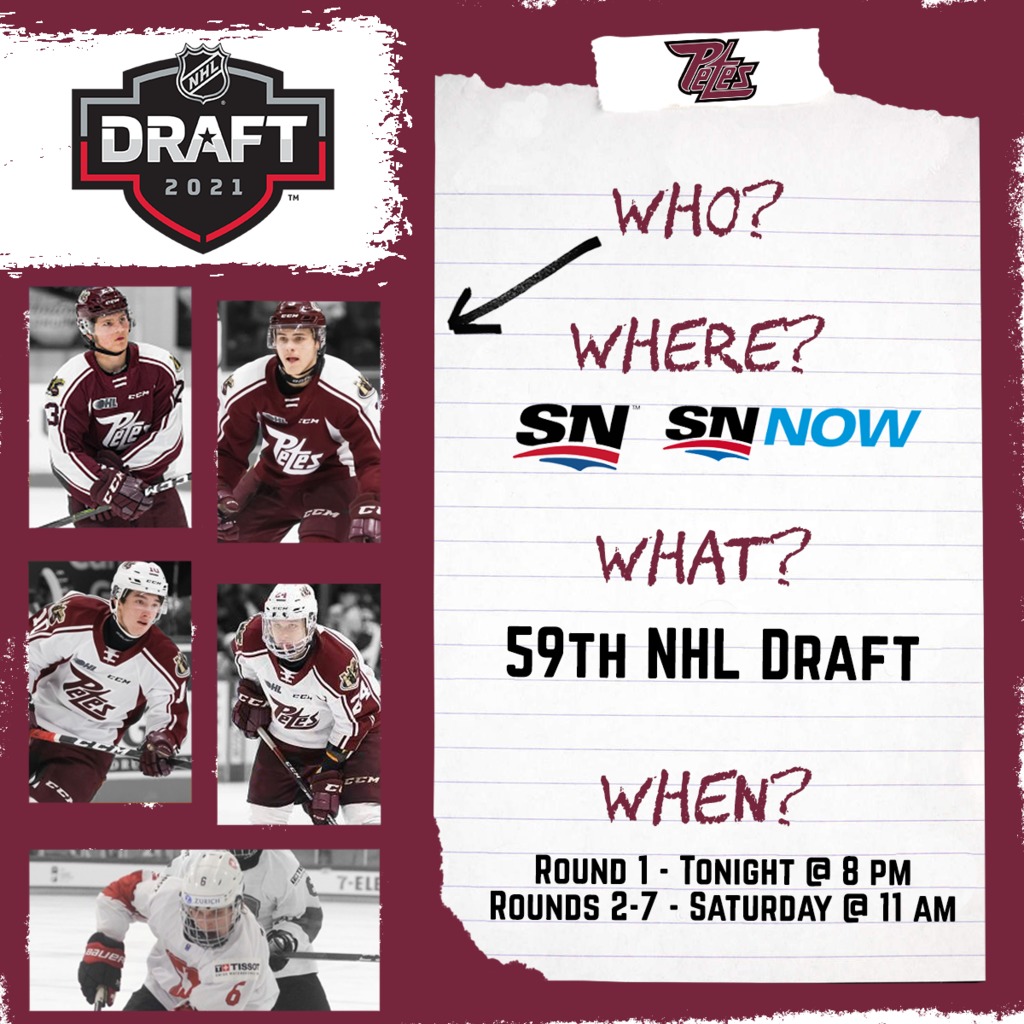 The 2021 NHL Entry Draft takes place tonight (July 23) and tomorrow (July 24) through a live and remote format, with management and players calling in from their respective cities. All 32 NHL teams will be selecting who they believe are ready for the next step in professional hockey and will support their team in winning the Stanley Cup. Below, we break down how to watch and support the maroon and white throughout the draft.

WHO- Current Petes: Mason McTavish, Artem Guryev, Tucker Robertson, Brian Zanetti and J.R. Avon have all been named to the NHL Central Scouting Final Rankings and will possibly hear their names throughout the two-day draft.

WHERE- For the second year in a row, the draft will be held virtually due to the COVID-19 pandemic. Viewers will be able to see live reactions of players and coaching staff through video conferencing as names are called. Fans can watch live on Sportsnet and Sportsnet Now during the above times.

WHAT- The 59th NHL Entry Draft provides all 32 teams with a chance to select prospects they believe will make the next splash in the NHL. All teams have an opportunity to select players born between January 1, 2001, and September 15, 2003, from a variety of leagues in both North America and overseas. The draft is built up of 7 rounds, where teams will have five minutes to make their pick in the first round and three minutes in rounds 2-7.

WHEN- Round 1 of the draft commences tonight at 8 pm ET and Rounds 2-7 will begin tomorrow at 11 am ET.

HOW- Take part in the celebration yourself, by engaging and resharing posts on our Facebook, Twitter, Instagram and TikTok. The best way to show your support for the Petes is by engaging in the conversation yourself! We want to see YOU supporting and congratulating our Petes as they hit this milestone in their career.

With five Petes set to hear their name this weekend, it is a very exciting time for fans and the city of Peterborough. Don’t forget to tune in and show us how you’re celebrating!