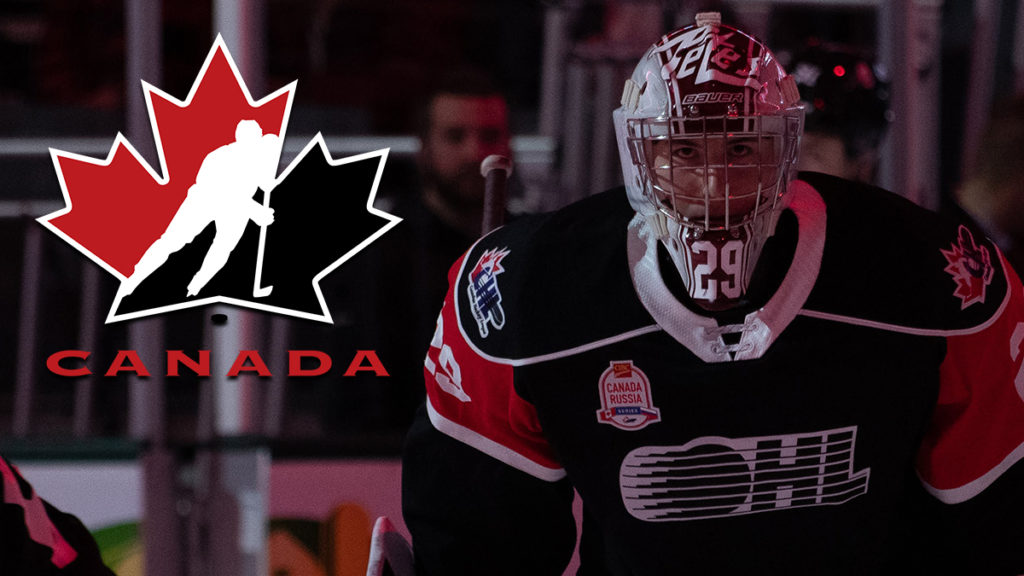 Jones and 30 other players, including 4 goalies, 10 defencemen, and 17 forwards, will compete during the selection camp. The camp includes games against a team of U SPORTS All-Stars on Wednesday, December 11 and Thursday, December 12 before the final roster is announced. Canada opens the World Junior Hockey Championship in Ostrava, Czech Republic on Thursday, December 26 against the United States.

“It means a lot to me to be given this opportunity, and it’s definitely a step in the right direction,” commented Jones. “It’s a huge honour to receive an invitation to selection camp and I look forward to going and putting my best foot forward.”

This season, Jones has appeared in 21 games and registered a league-leading 17 wins along with a 2.63 goals against average and 0.914 save percentage. He was selected in the 2nd round, 59th overall by the Minnesota Wild in the 2019 NHL Entry Draft.

See Hunter and the rest of the Petes in action on Thursday, December 5 for the annual Teddy Bear Toss Night. Tickets for all regular season home games are available through the PMC Grant Thornton Box Office in person and over the phone at (705) 743-3561 Monday to Friday from 9:30am to 5:00pm, and 24 hours a day online.