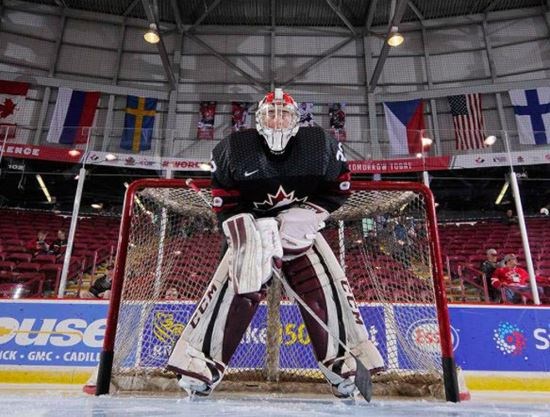 Jones, who is expected to be selected in this weekend’s 2019 NHL Draft in Vancouver, is one of five netminders vying for a chance to represent Canada at the 2020 IIHF World Junior Championship in Ostrava and Trinec, Czech Republic.

The camp will take place in Plymouth, Michigan from July 27 to August 4. The five goaltenders, 13 defencemen, and 25 forwards will be split into two teams. The Canadians will play four games, taking on the United States twice in addition to singles against Finland and Sweden.

Following the camp, Hockey Canada will continue to monitor the athletes through the start of the 2019-20 season ahead of Canada’s National Junior Team Selection Camp in December.