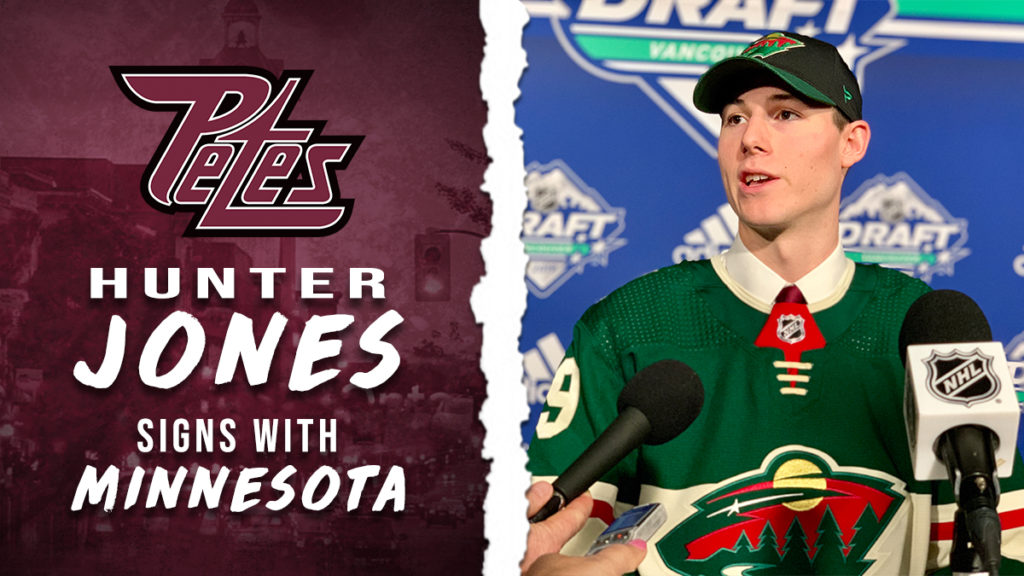 The Brantford native was selected by the Wild in the 2nd round, 59th overall in the 2019 NHL Entry Draft in Vancouver, and attended Minnesota’s 2019 development and training camps.

Jones was the first Pete to be drafted by the Wild, but joins 2000-03 Petes alumnus Eric Staal in Minnesota’s system.